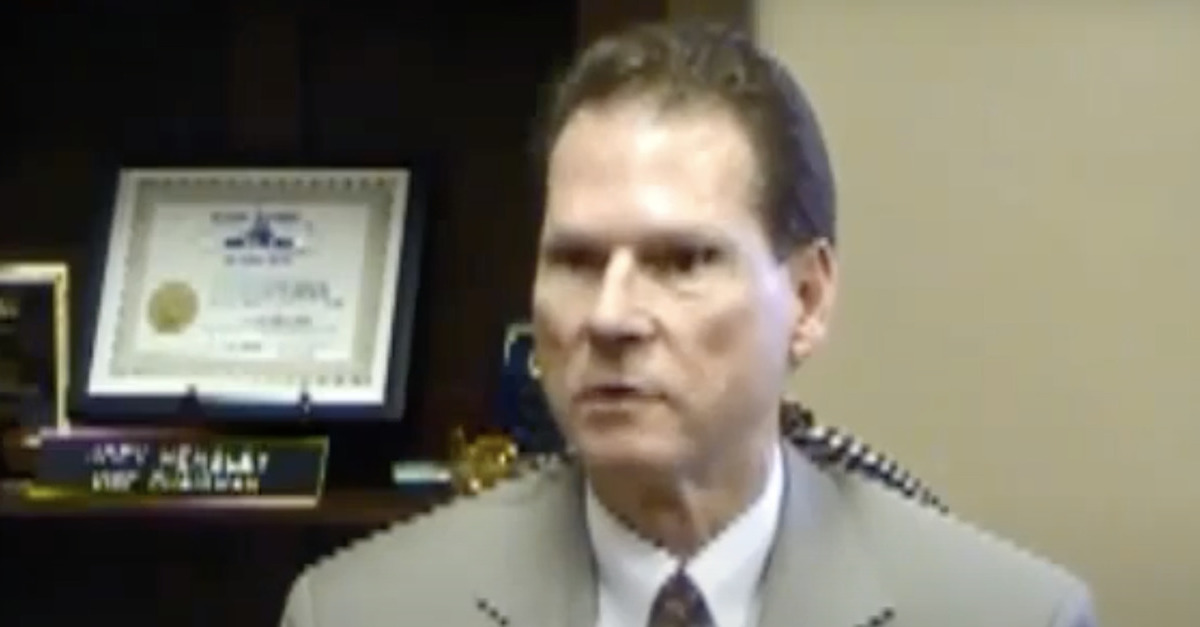 Tennessee state Republicans appear to be having some trouble navigating the choppy waters of cancel culture. After the Tennessee Historical Commission voted 25-1 to remove a Confederate statue, lawmakers criticized the vote as “a desire to cancel history,” but responded with a try to simply cancel the commission itself.

On March 9, the Tennessee Historical Commission voted 25-1 to move a bust of KKK leader Nathan Bedford Forrest from the state capitol to the Tennessee State Museum. The statue had long been the source of controversy, with activists and others arguing that symbols of the confederacy are more properly housed as historical artifacts and not revered as monuments to present-day values.

“We respect the thoughtful process addressing the location of the Forrest, Farragut and Gleaves busts,” Tennessee’s Republican Governor Bill Lee tweeted after the Commission’s vote. Lee said he believes the relocation process “should begin as soon as possible.”

We respect the thoughtful process addressing the location of the Forrest, Farragut and Gleaves busts. Today the Historical Commission approved that the State Museum should be the new home, and I believe this process should begin as soon as possible.

Not all Tennessee Republican officials agreed. Speaker of the legislature Cameron Sexton (R) reacted to the Commission’s vote with comment that the legislature would wait for specific guidance from the attorney general’s office as to whether the Commission acted legally before moving anything.

Another Republican, Senator Janice Bowling, told press, “In our culture today it seems there is a desire to cancel history, cancel culture, cancel narratives that are just based on fact. I think that that’s a dangerous precedent.”

Now, state Senator Joey Hensley (R), a member of Sons of Confederate Veterans, has proposed a new method of circumventing the removal vote: oust the Commission itself. Hensley sponsored a bill that would replace all of the members of the 29-person commission with 12 new members.

The internet was quick to call out the bill as an ironic attempt to cancel “cancel culture.”

Even if there is a list of “signs ‘cancel culture’ has gone too far,” cancelling the KKK is not on there.

In addition to the bill replacing the commission members, Hensley co-sponsored an amendment with fellow lawmaker Rep. John Ragan (R) that would make it an impeachable offense for a governor to improperly remove a statute. Hensley said he did not believe the amendment would apply to Governor Lee, as Lee appears to have followed appropriate procedural rules regarding the Forrest statue.

Law&Crime reached out to Hensley’s office to ask whether the senator believed removal of commission members represented the kind of “cancel culture” he has advocated against. Here’s what Hensley said in response:

I introduced this legislation because the legislature currently has no input in the Historical Commission which makes important decisions that affect the state. This imbalance needs to change. Other boards such as this have balanced interests of the Executive and Legislative branches. My legislation is an effort to improve the current process, not a response to current events.