Pompeo Cursed Out Reporter Who Pressed Him on Ukraine: ‘Do You Think Americans Care About Ukraine?’ 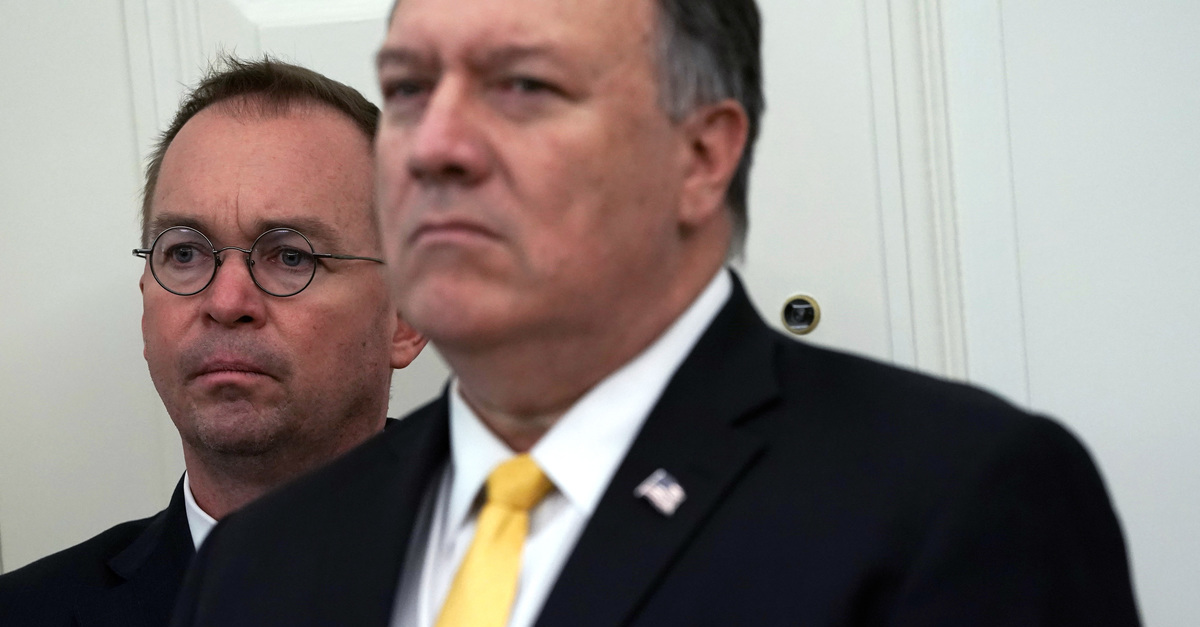 Secretary of State Mike Pompeo on Friday claimed that he has defended all State Department officials and then declined to do so when offered the opportunity–in the case of former U.S. Ambassador to Ukraine Marie Yovanovitch. Pompeo apparently didn’t like being asked about Ukraine very much. How did he respond? By cursing out the reporter and demanding that she prove she could find Ukraine on an unmarked map.

Wow. @NPR's @NPRKelly just now on @npratc says @SecPompeo was furious about being questioned about Ukraine in her interview. Took her into his office, cursed at her, dropping f-bombs, made her point to Ukraine on an unmarked map (she did). It's just…shocking.

This is how @SecPompeo spoke to NPR's Mary Louise Kelly. @NPRKelly is an indefatigable reporter and is exquisitely polite and collegial, one of the gems of this business. What boorish and inexcusable behavior. https://t.co/YyWnoBnxwW pic.twitter.com/ZWHklBj8cZ

Here’s what NPR’s Mary Louise Kelly said that Pompeo said at the end of the interview, which you can read more about here.

“I was taken to the Secretary’s private living room where he was waiting and where he shouted at me for about [the] same amount of time as the interview itself. He was not happy to have been questioned about Ukraine,” Kelly said.

“He asked, ‘do you think Americans care about Ukraine?'” according to Kelly, which is in itself a rather jarring quote considering that there’s an impeachment trial afoot over his boss’s conduct toward Ukraine, conduct that Pompeo knows something about.

“He used the F-word in that sentence and many others. He asked if I could find Ukraine on a map. I said yes, and he called out for aides to bring us a map of the world with no writing. I point to Ukraine. He put the map away,” Kelly continued.

“He said ‘people will hear about this'” — and they have.