NBD, Mueller and Donald Trump Jr. Are Just Hating Their Lives Together at the Airport (PHOTO) 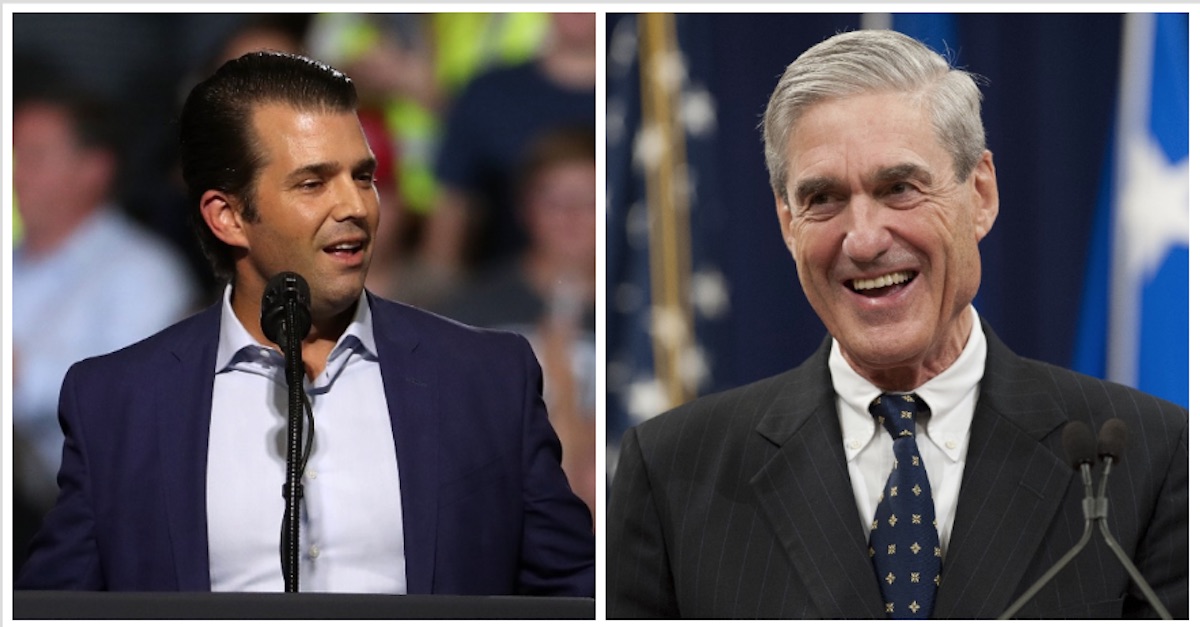 The Russia Investigation hasn’t exactly been a laughing matter for many of President Donald Trump‘s associates, including his own son Donald Trump Jr. — until now.

Mueller can be seen sitting down and reading the newspaper. It is perhaps the most predictable Mueller activity. If there were ever to be a Family Feud question, “What does Robert Mueller do with his life?” this would be an answer on the board.

What paper is he reading? Is he reading about himself? Quite possibly. Then you have Donald Trump Jr. on his cell and leaning up against a wall in the background. He is wearing a colorful polo, a cap and has a hand on his luggage.

Oh my. Mueller and Trump Jr. both waiting at 35X, which @playbookplus aptly describes as America's worst gate. pic.twitter.com/1vNUzgUl6z

It’s the best photo of 2018, probably. The memes and jokes were sure to follow.

.@DonaldJTrumpJr , also known as #TraitorTot , when he arrived at the gate & saw Mueller…. pic.twitter.com/M19Un3cTg1

Levity aside, this apparent chance encounter at the airport happens at a time when more questions are being asked about what Trump Jr. knew about a 2016 meeting he attended at Trump Tower. At that meeting, Trump Jr. met with Natalia Veselnitskaya, a Russian lawyer with ties to the Kremlin, for dirt on Hillary Clinton.