Matt Gaetz, a Lawyer, Asked Sean Hannity, Not a Lawyer, How to Make Michael Cohen Firestorm Go Away 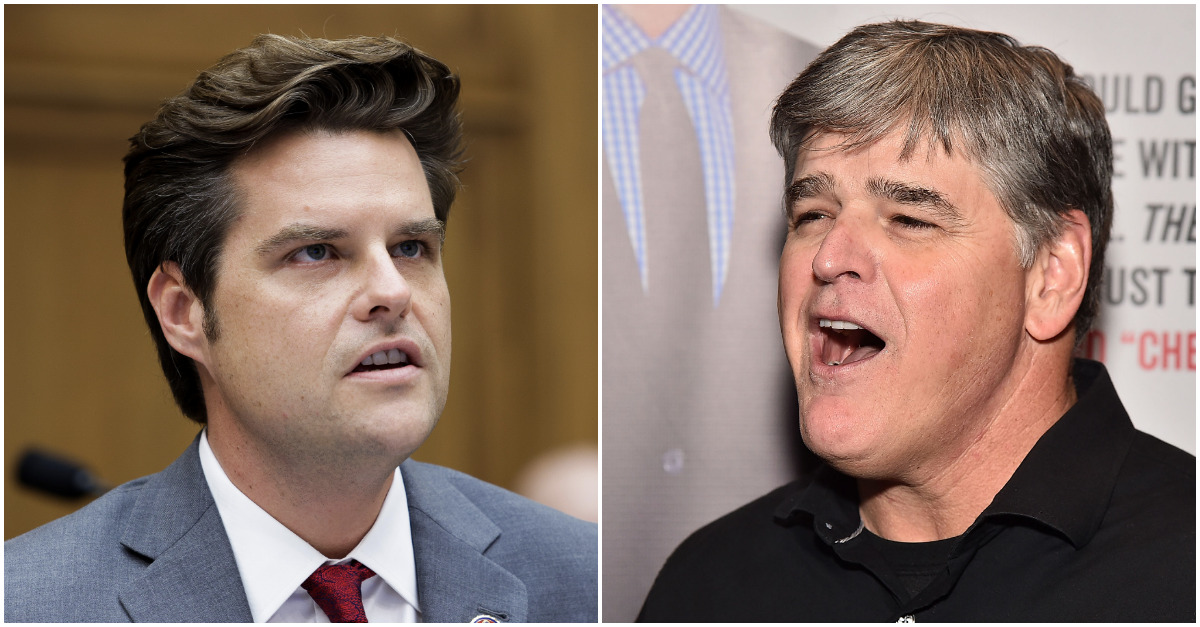 To which Hannity texted back in a series of messages: “Run this shit by me!!! You won’t lose the license.”

Gaetz replied by praising Hannity as the “most powerful man in media”:

You’re the most powerful man in media. I don’t think you want the job of reviewing all my tweets. Your caring matters a great deal to me.

What Hannity and the congressman were discussing was the Twitter message Gaetz directed at Cohen on the eve of his testimony before the House Oversight and Reform Committee on February 27, 2019.

The backlash was quick and social media networks lit up with accusations that Gaetz, an attorney, had attempted to tamper with a witness–a legal career-ending move that, if true and proven, certainly would have resulted in the revocation of the Florida Republican’s law license. That would-be disbarment, of course, did not occur.

Even some legal experts such as University of Texas Law Professor Steve Vladeck and attorney Ken White (aka @Popehat) suggested that Gaetz may have broken federal laws.

A congressional ethics investigation determined that he did not.

Led by Rep. Ted Deutch (D-Fla.), the 10-member panel released its findings on Friday–issuing a formal admonishment against the Republican congressman while declining to take any further action.

The Democrat-led panel did conclude, however, that Gaetz’s “actions did not reflect creditably upon the House of Representatives.”

The back-and-forth between Hannity and Gaetz was included as part of the exhibits contained in the 54-page final report.

“Smart to pull it down and say what u said,” Hannity advised Gaetz on what to do with the tweet. “It will pass. Attention span of people is zero. Just learn from it.”

To which Gaetz replied: “I took the night off TV.”

Further messages between the two reveal Hannity suggesting that Gaetz reach out to famous political attorney Lanny Davis–who was representing Cohen at the time.

Gaetz asked Hannity how long he should “lay low.” Hannity told him “just a while” before suggesting he contact Cohen and/or Davis directly.

“Just say you were upset at what was transpiring and meant it as a question, not a statement,” Hannity said. “And u would never threaten anyone. In retrospect it was poorly written and you wish u didn’t send it. That’s a CYA.”

Hannity went on to tell Gaetz that he should, in fact, message both Cohen and Davis to apologize and work things out. Gaetz complied, but apparently not before running the apology by Hannity first.

Mr. Cohen, this is Matt Gaetz. I am writing to personally tell you I’m sorry for the tweet that I sent which many believe was threatening to you. While you don’t know me, that is not how I operate. I do not wish and harm to you or your family. I was upset at what was transpiring and chose my words poorly. I will work to be better, as I know you said today you will as well. Have a good evening. -Matt. 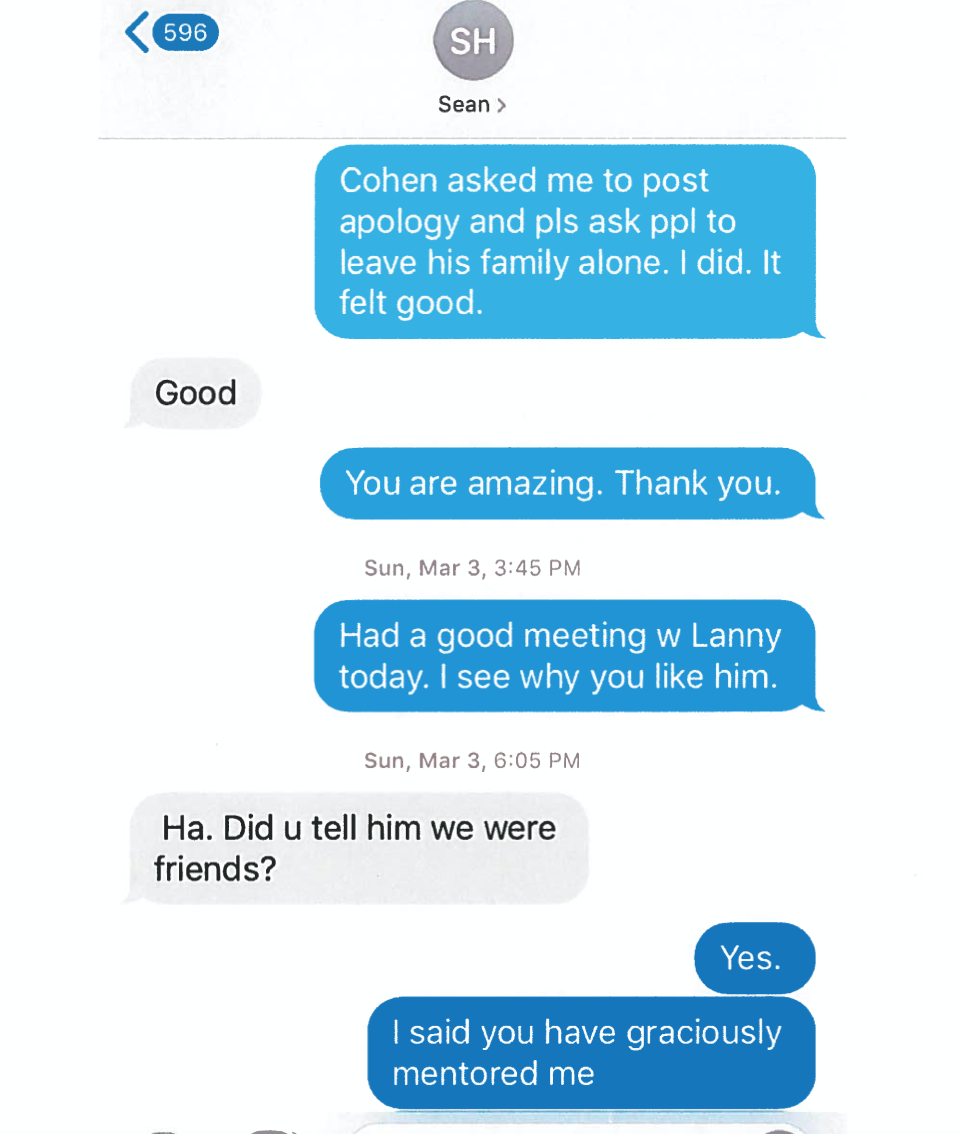 “You are amazing. Thank you,” Gaetz responded, adding later that he understood why the Fox News host likes Lanny Davis. Davis was formerly a special counsel to Bill Clinton and has been described as “the ultimate Clinton loyalist.”

“Ha. Did u tell him we were friends?” Hannity asked.

“Yes,” Gaetz answered. “I said you have graciously mentored me.”

It’s not the first time that Hannity’s private texts have gone public.

ISC Report on Matt Gaetz by Law&Crime on Scribd