Republican Knew He Was Under Investigation When Alleged Insider Trade Occurred 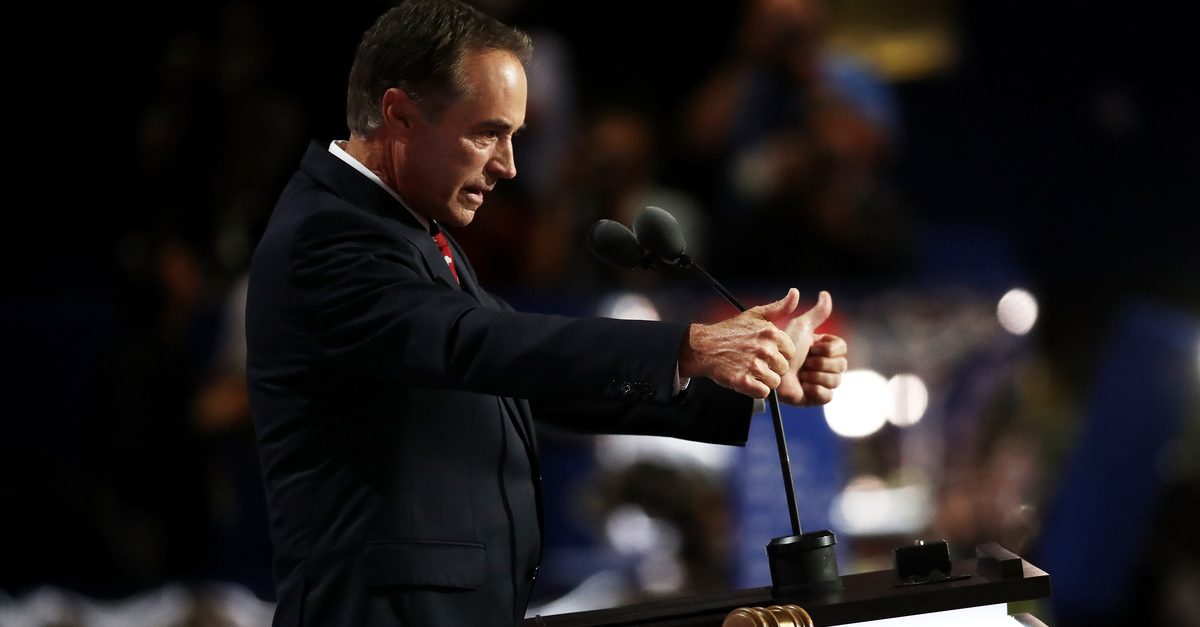 Rep. Chris Collins (R-N.Y.) was indicted mid-morning Wednesday on multiple charges related to an alleged insider trading scheme. At the time of the alleged scheme, Collins knew he was already under investigation for potential insider trading.

According to the 30-page indictment obtained by Law&Crime, “Collins…did not trade himself…[but] well knew, however, he was virtually precluded from trading his own shares for practical and technical reasons.” Those practical reasons included:

First, Christopher Collins was already under investigation by the Office of Congressional Ethics (“OCE”) in connection with his holdings in, and promotion of Innate. Indeed, he had been interviewed by OCE personnel on or about June 5, 2017, just 17 days earlier.

Why was Collins being interviewed by OCE investigators a couple weeks before the alleged insider trade occurred? It has probably has to do with something he said.

In comments reported by Politico, the Washington Post and the Buffalo News, in January of 2017, Collins was overheard by reporters speaking into a cellphone in the halls of Congress–and apparently bragging–about his golden touch vis-à-vis publicly-traded stocks. The congressman said, “Do you know how many millionaires I’ve made in Buffalo the past few months?”

Collins’ braggadocio appears to have been well-earned–if not particularly well-timed. As the Daily Beast’s Justin Glawe noted in an April 2017 article on the upstate New Yorker’s ties to Australia-based pharmaceutical company Innate, “Collins’s children, his chief of staff, and a score of campaign donors have bought into Innate, whose stock price has tripled since its initial offering in 2013.”

In sum, at least 16 people were brought into the Innate fold at a discount by way of Collins’ advocacy. That is, they bought Innate shares when it was relatively cheap and steadily saw their fortunes rise along with the stock. According to the indictment issued by the Southern District of New York (SDNY), at least eight individuals acted on the insider information allegedly provided by Collins. Most of those alleged co-conspirators are unnamed in the document.

Also noted in the indictment is a Collins email regarding press coverage specifically mentioning his close relations and their potential windfalls due to his position with Innate. He wrote, “We want this to go away.”

The bad press apparently took its toll. In response to multiple write-ups of Collins’ relationship with Innate, Representative Louise Slaughter (D-NY) asked the Securities and Exchange Commission (SEC) to look into her colleague’s trading behavior. And the SEC worked in conjunction with the SDNY and FBI on the Collins indictment.

According to an OCE referral to the official House Ethics Committee from October 12, 2017:

Charged alongside the GOP congressman are his son, Cameron Collins, and in-law through marriage, Stephen Zarsky, the father of the younger Collins spouse. Between the three men are 13 distinct counts, including: conspiracy, securities fraud, wire fraud and making false statements to law enforcement. If convicted, the man face decades in prison.