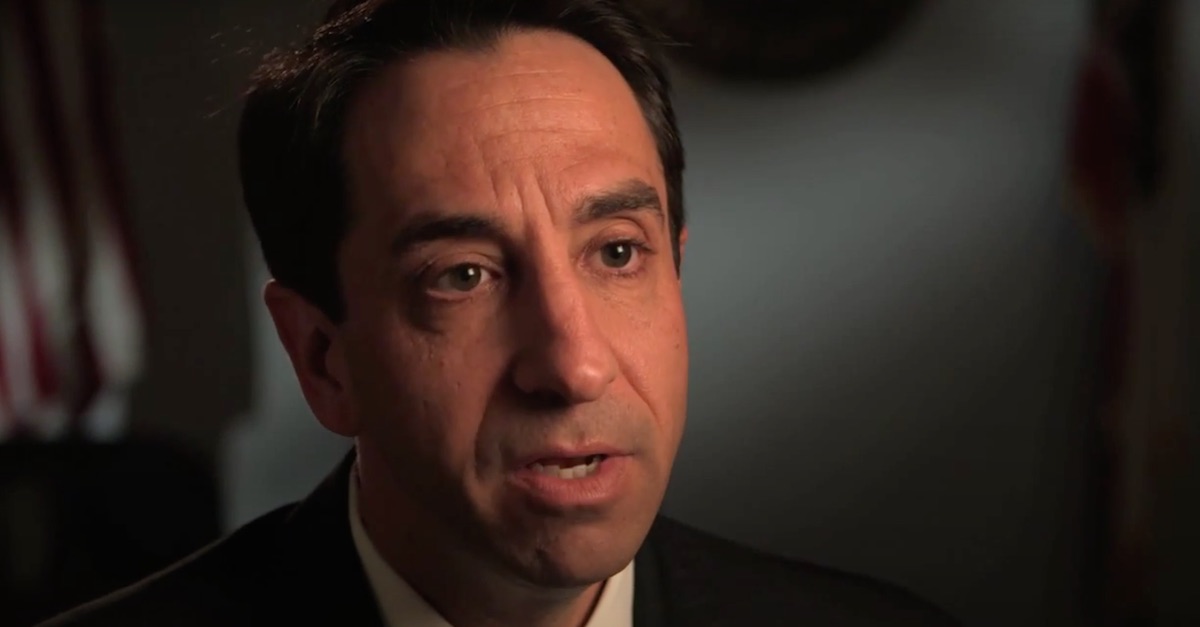 On June 3, Santa Clara County Deputy Public Defender Sajid Khan wrote a blog post headlined, “Be Mad at Police, But Also at the Prosecutors Who Protect and Enable Their Abuses.” Khan got right to the point in the opening lines of the post: “In this moment, we appropriately unleash our anger and frustration at police departments across the country for their continued brutality, violence and harassment imposed upon black people. But to best honor George Floyd, we should fire our very righteous outrage, fury and ire at district attorney’s offices too.”

It’s not hard to see why Rosen, a DA, wouldn’t much like the thesis of the op-ed, but there was another aspect of it that was apparently a bridge too far. As the Washington Post’s Radley Balko tells it, Khan’s blog post, “[t]o emphasize that DAs should be protested […] included a map of a planned protest route, which included the police station, courthouse and the DA’s office.”

Rosen perceived this—and statements in a separate Khan blog post like,“We need to tear and shut this shit down and start over—as threats. He  responded by threatening a whistleblower complaint.

“Differences of opinion, passion and peaceful protest are needed now, but threats of violence and destruction are simply wrong,” Rosen said.

For that, Rosen was quickly branded “DA Karen.”

– the Karen/Amy Cooper of DAs who thinks every Black and Brown person is threatening himhttps://t.co/iCzbQeBL8c

Best line: “The truce may have come too late for the South Bay’s prosecutor-in-chief to shake off an unfortunate new nickname bequeathed by Alameda County Public Defender Brendon Woods (@BrendonWoodsPD), who deemed Rosen “our first DA Karen.”https://t.co/US73FBjq5K

According to Balko, Rosen emailed staff and said that Khan was inciting “anger and destruction toward us” and “endanger[ing] he safety of everyone.”

Khan’s lawyer Charles Gerstein told Balko that Rosen “could have simply stated his opinion — just objected to what Sajid wrote and explained why he thought it was wrong,” but chose instead to threaten consequences that “could result in discipline, termination or criminal charges.”

Rosen’s complaint did not ask for “any particular form of discipline against Mr. Khan,” but did encourage the county to “evaluate this matter and take whatever steps it deems appropriate.”

In the end, as San Jose Inside noted, Rosen withdrew his complaint on Tuesday. The statement:

I am withdrawing the county complaint that addressed workplace safety and security issues caused by a county employee’s social media posts. The complaint has become a distraction from a vastly more important aim: that we confront racism. A recent letter to me from Maha Elgenaidi of the Islamic Networks Group put it eloquently: “Our joint interests should be to improve our criminal justice system and to continue to have a safe and peaceful regional community.” I, too, hope that we as a diverse community can unite behind our common fight against inequality.