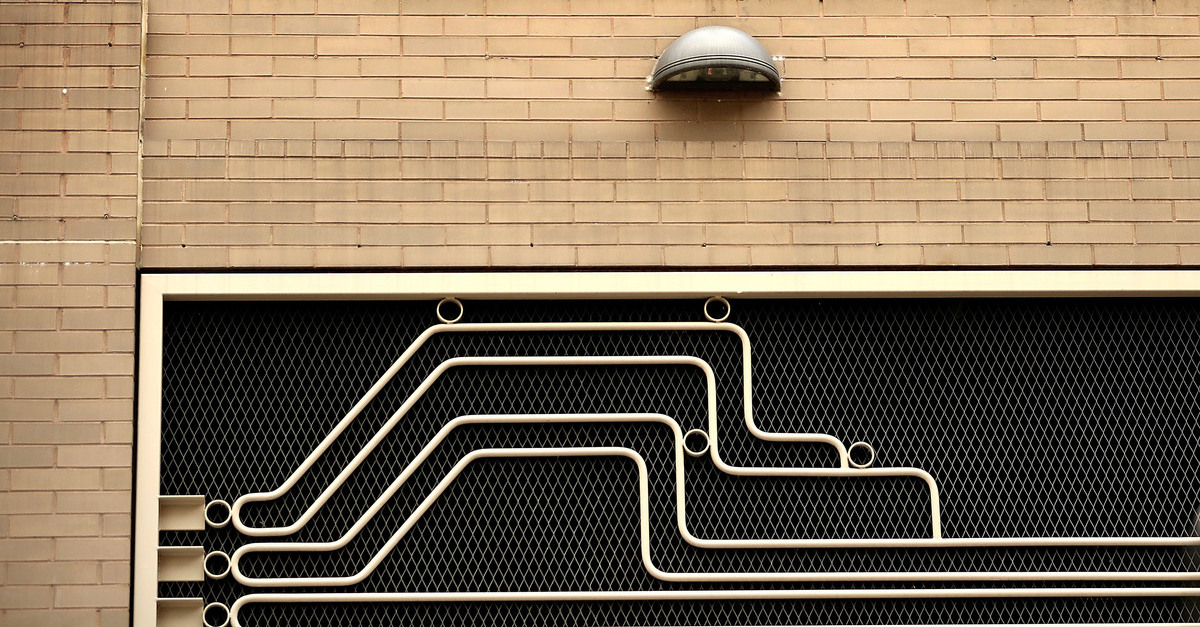 Federal Communication Commission employees look out their building’s windows and watch as demonstrators protest against the end of net neutrality rules December 14, 2017 in Washington, D.C.

Law&Crime obtained an exclusive copy of the lawsuit  from Nobel co-laureate Devra Davis, who currently serves as president of the Environmental Health Trust (EHT), the lead plaintiffs in the action.

”The FCC has for years failed to protect public health by relying on 24-year-old safety tests designed when phones were the size of a shoe and used by few,” Davis told Law&Crime via email. ”We filed this appeal in order to insist that the agency take full measure of the U.S. government and other scientific evidence that cellphone radiation can be harmful.”

”The agency has dismissed hundreds of scientific studies submitted to its inquiry on wireless radiation and the advice of the American Academy of Pediatrics, and others, without providing any rationale for doing so,” she said.

The lawsuit specifically accuses the FCC of violating the Administrative Procedure Act (APA) and is requesting an appeal of the agency’s prior order denying to revisit cellular phone standards. From the filing:

[The FCC] (1) has improperly terminated a Notice of Inquiry begun in 2013 to review, update, and amend its emission exposure limits for radiofrequency (RF) radiation emitted by telecommunications devices and facilities, including but not limited to cell phones and cell phone towers and transmitters; (2) has improperly revised the criteria for determining when a licensee is exempt from its RF exposure evaluation criteria and the methods that RF equipment operators can use to mitigate the risk of excess exposure to the public and to workers; and (3) has improperly denied a petition for reconsideration of the [FCC’s] finding, and otherwise improperly rejected public comments, that the pinnae (outer ears) should be treated like other extremities for purposes of determining compliance with the RF emission exposure limits.

“The [FCC’s prior] Order exceeds the [FCC’s] statutory authority and poses significant risks to the public health, safety, and security,” the filing continues.

The plaintiffs’ attorney Edward Myers slammed the FCC’s prior decision in comments to Law&Crime.

“The FCC’s order terminated an inquiry into the adequacy of existing health and safety standards for radiofrequency radiation from wireless devices and facilities, including cell phones and cell phone towers and transmitters,” he said. “The existing regulations were promulgated in 1996 based on scientific data from 1992 and the FCC had commenced the inquiry in 2013 after the General Accounting Office (GAO) issued a report finding that the existing standards may be based on outdated science and may need to be updated.”

In challenging the FCC’s decision, the petitioners contend that the agency has unlawfully disregarded a large body of evidence in violation of the Administrative Procedure Act and the National Environmental Policy Act, among others. This evidence includes numerous peer-reviewed scientific studies showing that radiation from cell phones and cell phone towers and transmitters is associated with severe health effects in humans, including cancer, DNA damage, damage to the reproductive organs, and brain damage (including memory problems). The petitioners are seeking to have the court remand the matter to the FCC so that it can complete the inquiry into its standards based on current science.

Davis went on to compare the lax regulatory environment to the state of affairs between U.S. administrative agencies and the powerhouse automobile industry until a consumer push—and concurrent litigation—led by Ralph Nader led to a series of meaningful reforms in the 1980s.

“Unlike France and Israel, many Americans are ignorant of the fact that phones are two-way microwave radios that are tested while held inches away from the body. Safety advice is also hidden within operating systems about keeping devices away from the abdomen of pregnant women or children,” Davis said. “Just like cars in the 1970s, we need the equivalent of airbags and seatbelts, that have saved millions of lives, to ensure hardware and software operate at the lowest feasible levels and protect billions of children and others using wireless radiating devices that comply with outmoded standards.”

“The FCC is ignoring the recommendation of our nation’s largest organization of children’s doctors—the American Academy of Pediatrics,” EHT Executive Director Theodora Scarato told Law&Crime—noting that the physician-led group “asked the FCC to test phones the way we use them—in positions against the body—and the FCC said it was unnecessary.”

Law&Crime reached out to the FCC for comment and will update this space if we receive one.