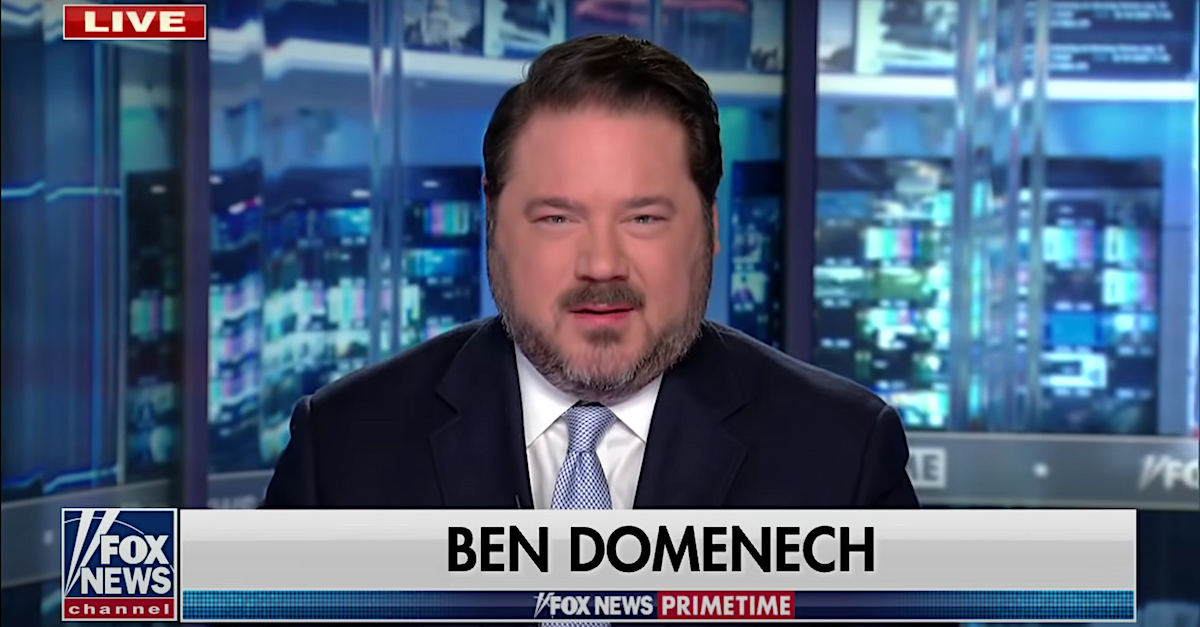 A panel of judges with the U.S. Court of Appeals for the Third Circuit on Friday held that FDRLST Media, LLC, the company which publishes The Federalist, should prevail in a dispute with the National Labor Relations Board (NLRB) over an alleged anti-union tweet dispatched by executive officer Ben Domenech.

The case questioned whether the “supervisor’s message posted on Twitter was an unfair labor practice” under Section 8(a)(1) of the National Labor Relations Act. The appellate court held that the NLRB’s negative assessment of the tweet was “not supported by substantial evidence.” Therefore, the court both set aside the NLRB’s order against The Federalist and denied the labor agency’s request to enforce its order.

The missive that raised the NLRB’s ire remains online as of the time of this writing.

A screenshot shows a tweet by The Federalist’s Ben Domenech which became the subject of a National Labor Relations Board case — a case which rose to the Third Circuit Court of Appeals.

Several denizens of Twitter skewered the tweet in haste fashion and suggested that its author should read the National Labor Relations Act.

Here’s how the Third Circuit summed up the issue presented.

The Employer operates The Federalist, a right-leaning internet magazine that publishes commentary on cultural, political, and religious issues of current interest, including labor issues. In June 2019, the Employer found itself at the center of its own labor controversy. On June 6, media outlets reported that unionized employees of Vox Media, a left-leaning digital media company, walked off the job during union contract negotiations. That same day, Ben Domenech, executive officer of FDRLST Media and publisher of The Federalist, posted a tweet from his personal Twitter account that read: “FYI @fdrlst first one of you tries to unionize I swear I’ll send you back to the salt mine.” Domenech’s tweet appeared in the feeds of more than eighty thousand Twitter users who follow his account. The “@fdrlst” tag refers to The Federalist’s official Twitter account. At the time, the Employer had just seven employees, six of whom were writers and editors at The Federalist. At least one employee viewed the tweet, but the record does not show that any employee expressed concern over its message.

According to the Third Circuit’s opinion, Domenech said “he intended the tweet as satire” and that it merely expressed his “personal viewpoint on a contemporary topic of general interest.”

During lower proceedings before the NLRB, an administrative law judge (ALJ) refused to accept that explanation. The ALJ decided that “a reasonable interpretation of the expression meant that working conditions would worsen or employee benefits would be jeopardized if employees attempted to unionize.” The NLRB affirmed.

The Third Circuit rubbished that interpretation of the tweet.

“[T]wo employees averred that they viewed the tweet as a funny, satirical expression and did not perceive it to threaten any protected workplace activity,” the court noted while pointing to employee affidavits. Indeed, it was “a Massachusetts resident with no connection to FDRLST Media” named Joel Fleming who turned the tweet over to the NLRB.

Hardiman wrote for the court and was joined by Scirica. Matey wrote a separate concurrence that agreed The Federalist should prevail but for different reasons than those articulated by the majority. 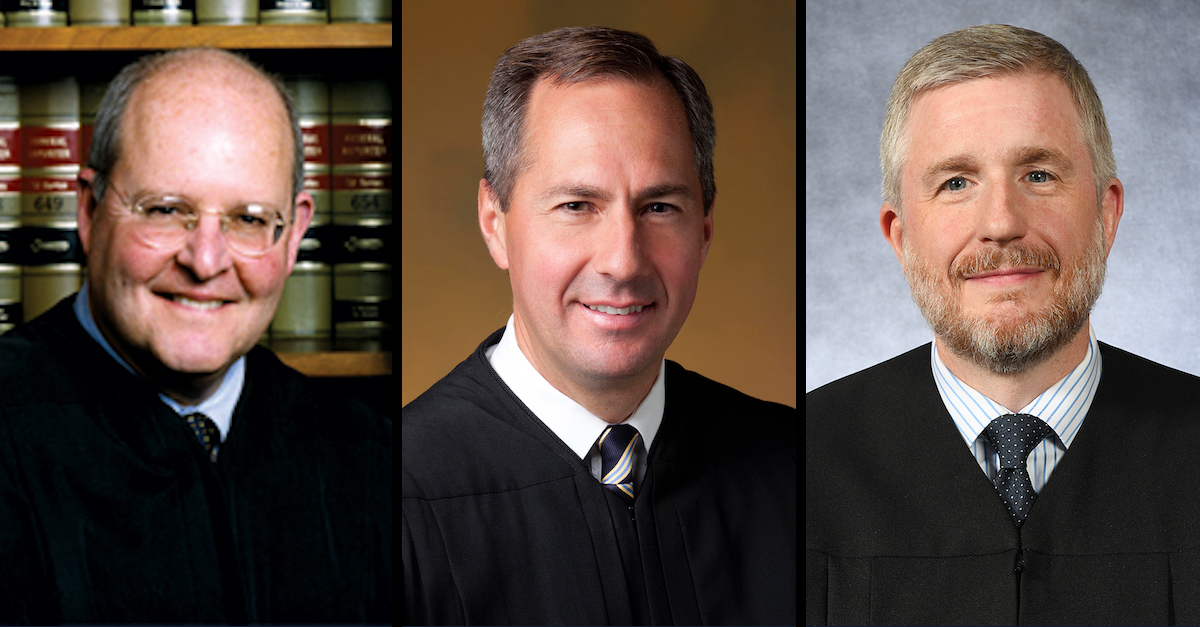 In an extensive analysis, the Third Circuit said that “any person” — not just an employee — may file an unfair labor charge. That analysis cited U.S. Supreme Court precedent dating back to 1943 — an analysis which concurring Judge Matey said he would gladly overrule.

The majority said only the Supreme Court — and not Matey’s “own textual analysis” — could overrule the precedent.

The majority then jettisoned The Federalist’s arguments about jurisdiction and due process. The complaint was lodged in the NLRB’s New York jurisdiction; the publication has headquarters in Washington, D.C.

Despite losing on the procedural challenges, The Federalist won on the merits.

“Reviewing the record as a whole, we conclude that the [National Labor Relations] Board’s determination that a reasonable employee would view Domenech’s Tweet as a threat is not supported by substantial evidence,” the court held.

The court therefore “set aside the Board’s finding of an unfair labor practice.”

“An employer is not barred from communicating his views on unions — even his anti-union views — to his employees, but he cannot threaten employees with reprisals or promise them benefits in relation to unionization,” the court said while reciting the underlying law. To qualify as a “threat,” an “employer’s statement must warn of adverse consequences in a way that would tend to coerce a reasonable employee not to exercise her labor rights,” the court continued (internal punctuation omitted).

“Had the Board considered the tweet’s full context,” the circuit judges said, “it could not have concluded that a reasonable FDRLST Media employee would view the tweet as a threat of reprisal.”

After bemoaning the need for context, the court then took the tweet literally and said it was preposterous to presume that writers would literally be sent to salt mines:

For starters, FDRLST Media is a tiny media company. Its six employees (not including Domenech) are writers and editors. The tweet’s suggestion that these employees might be sent “back” to work in a “salt mine” is farcical. The image evoked—that of writers tapping away on laptops in dimly-lit mineshafts alongside salt deposits and workers swinging pickaxes—is as bizarre as it is comical. So from the words of the tweet alone, we cannot conclude that a reasonable FDRLST Media employee would view Domenech’s tweet as a plausible threat of reprisal.

Go to beyond that literal view of things would be to assume the tweet was an “idiom” for “tedious and laborious work.” That was an assumption the ALJ and the NLRB should not have made, the Third Circuit said. Assuming the tweet was an “idiom” required logical jumps and inferences that the circuit judges said required “additional evidence” — evidence that simply didn’t exist.  The NLRB pointed “to no history of labor strife, no evidence of antagonism, nor even a single example of labor-management tension” that The Federalist, the Third Circuit said.

The employees’ affidavit that nothing was untoward at The Federalist were not “dispositive,” but were also not “irrelevant,” the court said. And those impressions might favor the assumption that the tweet was a joke.

Employees’ subjective impressions are especially helpful where, as here, the employer claims his statement was made in jest. Humor is subjective. What is funny to a fisherman may be lost on a farmer. A quip about New England winters is unlikely to get a laugh in Alaska. The propensity for jokes to fall flat for want of context or audience understanding has given rise to idioms like “I guess you had to be there” and “too soon?” Excluding context and viewing a statement in isolation, as the Board did here, could cause one to conclude that “break a leg” is always a threat. But when expressed to an actor, singer, dancer, or athlete, that phrase can reasonably be interpreted to mean only “good luck.”

“The record contains no evidence that any FDRLST Media employee perceived Domenech’s tweet as a threat, and the Board failed to even acknowledge that noteworthy gap in the record,” the court said while wrapping up its thoughts on the matter. “Because the charge was filed by an unrelated third-party, the alleged unfair labor practice was pure speech, and the meaning of the employer’s statement is open to question, the ‘silence of the record’ is significant and should have been considered.”

That the alleged threat was a tweet, not a statement made to an employee, was also highly relevant, the court said.

The court then slammed the NLRB with a coup de grâce:

The National Labor Relations Act grants the National Labor Relations Board vast authority to investigate charges of unfair labor practices, even when charges are filed by parties who are not personally aggrieved by the alleged practice. But the Board’s authority to find an unfair labor practice is not unlimited. Here, the Board spent its resources investigating an online media company with seven employees because of a facetious and sarcastic tweet by the company’s executive officer. Because the Board lost the forest for the trees by failing to consider the tweet in context, it misconstrued a facetious remark as a true threat. We will accordingly grant FDRLST Media’s petition, set aside the Board’s order, and deny the Board’s petition for enforcement.

In his concurrence, Judge Matey excoriated the NLRB for caving to “the tedious chorus of disapproval” on the internet which surrounded the tweet.  Matey also said the NLRB “shelved” its “serious supervision of the protections for America’s employees” in order to cave to the online mob’s complaints.

“As best understood, the National Labor Relations Act cabins charging authority to those who suffered some adverse effect in the workplace,” Matey wrote. “Not, as here, someone who took offense to something seen while scrolling Twitter.”

In a statement obtained by Law&Crime, Domenech lauded the decision:

My thanks to the Third Circuit for this decision, which honors and defends free speech and the right to tell a joke even if a humorless Twitter troll doesn’t get it. The decision and the concurrence also raise key questions about the scope of the NLRB, questions I hope the courts will resolve, before other Americans in our social media age are subject to taxpayer-funded ideological harassment for daring to laugh at people who don’t like to be mocked.

The New Civil Liberties Alliance, which helped litigate the case, used the occasion to bemoan the administrative state. Litigation Counsel Kara Rollins said only an Article III court — one established under the judiciary clauses of the Constitution — could protect free speech; she said “agency in-house adjudications . . . require plaintiffs to run through the gauntlet in a deeply biased process.”

[Image via a FOX News/YouTube screengrab.]