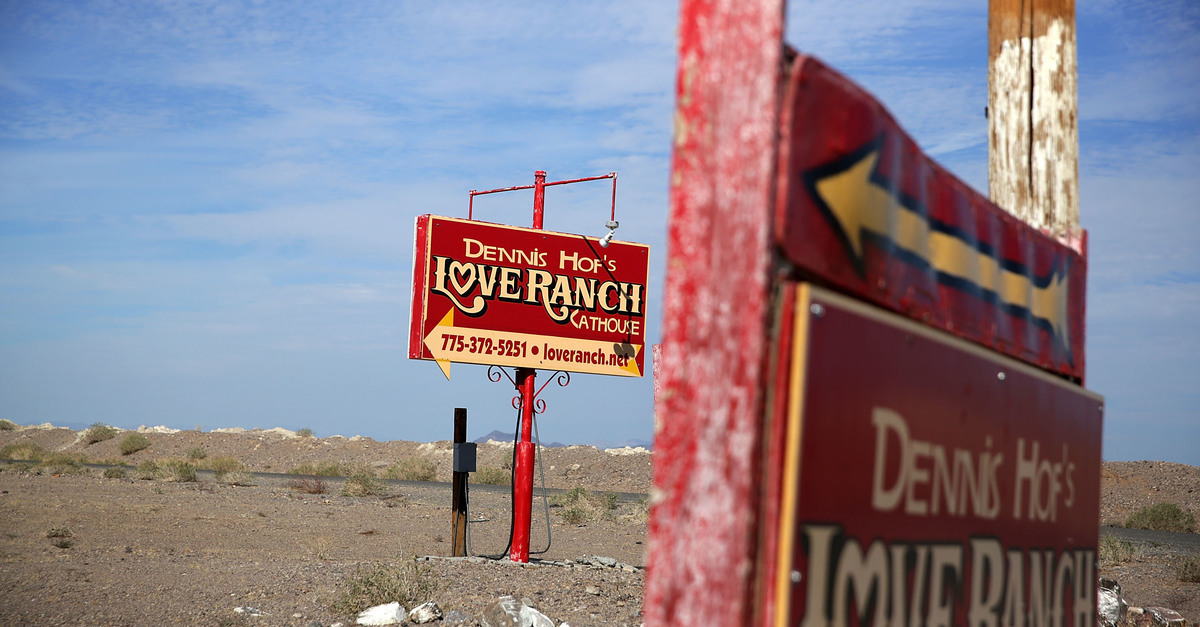 Nevada Republican State Assembly candidate Dennis Hof owns one of the most popular little brothels in the country. On Tuesday, however, Nye County commissioners voted not to renew Hof’s permits, forcing all brothel employees to surrender their work cards.

Years before his entry into Republican Party politics, Hof and his workers at the Moonlite Bunny Ranch mesmerized premium cable viewers on the popular HBO series Cathouse (as well documentaries and specials released under various iterations of the Cathouse brand), which appeared on the network intermittently from 2002 to 2014.

According to the Nevada Independent, commissioners pointed to a late renewal application and three permit violations spread across 2016 and 2017 as their reason for shutting Hof–and his employees–down. Apparently, those issues had not been resolved in a timely or satisfactory manner for the county board.

Nye County Sheriff Sharon Wehrly described the order of events as the permit denial was enforced. In a statement, she said:

The Executive Manager for Dennis Hof contacted the Sheriff and indicated that they would not allow the Nye County Sheriff’s Deputies on the premises. Therefore, a warrant was submitted and granted…to enter and retrieve the licenses and the work cards. Upon arrival, the Brothel personnel opened their doors to the Nye County Sheriff’s Deputies, surrendered the licenses and the work cards without a problem. There was no confrontation on either side…

Tuesday’s permit revocation vote was 3-2; with Wehrly abstaining over outstanding court cases and lack of a legal opinion, she said. Commissioners John Koenig and Donna Cox voted against the resolution.

Commissioner Lorinda Wichman, who voted in favor, said, “We have the duty as this board to see that this chapter is faithfully enforced. With these violations and some with no resolution that I can see, there is no option in my mind and no way I can give a vote for this.” Hof was also accused of providing false testimony at a hearing in February. Commissioner Dan Schinhofen said, “Mr. Hof has shown himself to be dishonest and lying under oath.”

Three licensed brothels are still extant in Nye County–which took in around $140,000 in revenue from brothel fees and taxes last year–none of those remaining brothels are owned by Hof. The Republican candidate also owns brothels in at least two other Nevada counties.

In sum, 18 licensed sex workers were forced to surrender their work cards with an uncertain future.

As for Hof, he plans to appeal the board’s decision. The candidate’s campaign manager, Chuck Muth said, “My understanding is that Dennis has been speaking with his attorney this morning and intends some sort of legal action. What I do know is that Dennis had no plans to end operations at the Love Ranch South.”

Hof is the GOP candidate in a district with a hefty Republican advantage. It’s unclear what, if any, impact the brothel closure will have on the race.