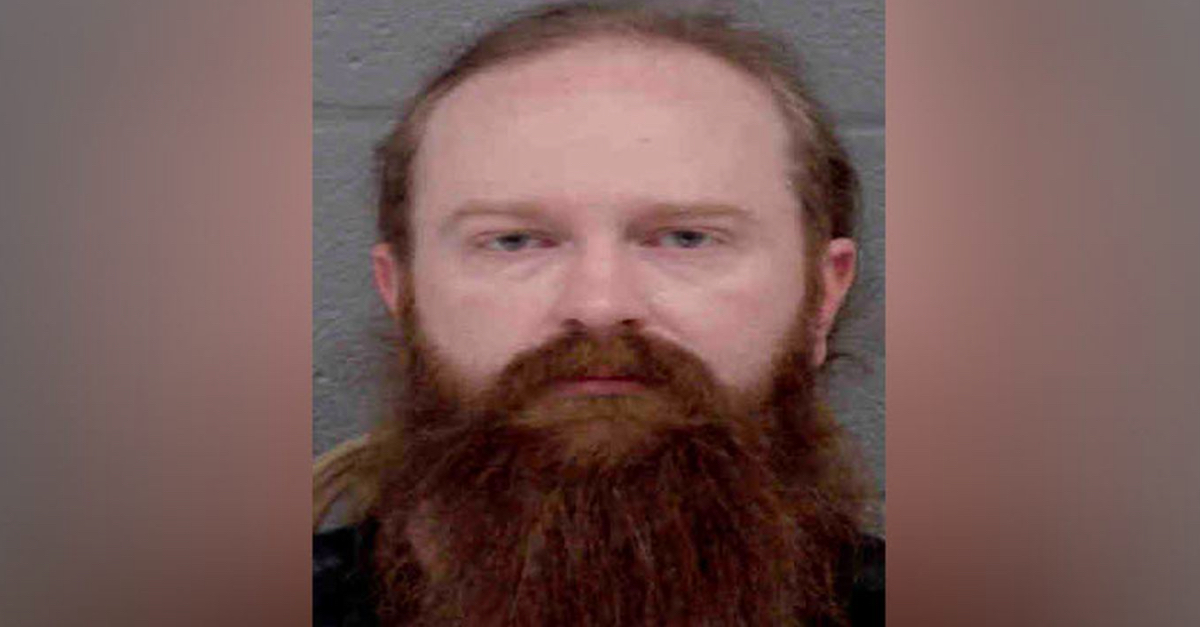 An armed supporter of President Donald Trump was arrested outside of a North Carolina polling station on Tuesday afternoon when he returned to the property despite being banned earlier in the day. Justin Dunn, 36, was wearing a holstered semi-automatic pistol, a Trump hat, camouflage, and boots when he was taken into custody near the Oasis Shrine Temple voting location in University City, the Charlotte Observer reported.

The Charlotte Mecklenburg Police Department (CMPD) said that Dunn voted while legally carrying an unconcealed firearm, but “continued to loiter” in the area, leading several people to call law enforcement and report that he was intimidating voters. North Carolina is one of several states that permits the open carry of firearms inside of polling sites, provided the location isn’t a gun-free zone, such as a school.

“Dunn was asked to leave the property by an official presiding over the precinct location in front of officers and voluntarily left without further issues. Dunn was also banned from returning to that location by the precinct official,” CMPD stated on the department’s official Twitter account.

Dunn was asked to leave the property by an official presiding over the precinct location in front of officers and voluntarily left without further issues. Dunn was also banned from returning to that location by the precinct official.

Dunn then left the premises but CMPD received additional calls soon thereafter reporting that Dunn had returned to the property. Police returned to the scene, arresting Dunn. He was charged with second-degree trespassing.

At 12:40 p.m., CMPD received an additional call for service advising that Dunn had returned to the property. Upon officers’ arrival, they observed Dunn on the property. Dunn was subsequently placed under arrest and charged with 2nd Degree Trespassing.

Upon his return, Dunn spoke with Charlotte Observer reporter Theoden Janes, claiming that “he had been verbally accosted Tuesday morning by people in Black Lives Matter T-shirts.”

“He said he left the voting site when ordered to but decided to come back because he had been harassed by onlookers and ‘threatened with police force,’” according to the newspaper. “While talking with Janes, Dunn refused to give his last name, saying, ‘I don’t know who’s going to be watching these videos. And … I fear for my life, ‘cause there are lists out there of people like me who support Trump.’ As Dunn talked with Janes, five police officers approached him and took him away in handcuffs.”

Court records obtained by the Observer revealed that Dunn, in 2007, was charged and convicted for driving while impaired; in 2009 he pleaded guilty to a charge of driving with a revoked license.