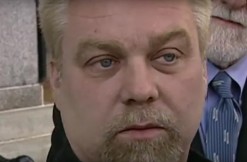 If you are one of the millions enthralled by Netflix’s Making a Murderer, you will want to check out these local news clips covering the Steven Avery and Brendan Dassey cases. Both men were convicted in the 2005 murder of 25-year-old freelance photographer, Teresa Halbach.

Not everyone reading will know about the case, so catch up with this quick overview of Avery’s and Dassey’s 2007 convictions for Halbach’s murder. (via TODAY’S TMJ4)

A prelude to the murder case. Steven Avery was interviewed Dec. 22, 2005 about his overturned 1985 conviction for the first-degree sexual assault of Penny Beerntsen. Another man, Gregory Allen, was found guilty thanks to DNA evidence. Weirdly not mentioned in this video: Avery had been charged on Nov. 11 for the Halloween death of Teresa Halbach. (via TODAY’s TMJ4)

Brendan Dassey’s mother exploded when her son got a guilty verdict for murder. Barbara Dassey tried to drive off with a relative still hanging on the open car door. WISN, a local station in Milwaukee, Wisconsin has the story. (via YouTuber “Court Trials”)

Brendan Dassey tried to get a retrial, saying he lied in a March, 2006 interrogation. But why did he lie, if he lied at all? WISN reports. (via YouTuber “Court Trials”)

The final verdict: Steve Avery was convicted on March 18, 2007 for the first-degree intentional homicide of Halbach. It took jurors 21-and-half hours to make their decision. (via YouTuber “Court Trials”)

Steven Avery insisted that he’s innocent, even after his conviction. (via YouTuber “Court Trials”)

A local reporter interviewed Bill Avery on what it is like to be the son of a convicted killer. Surprisingly, he had no plans to change his name. WLUK has the story. (via WLUK-TV FOX 11)

WLUK in Wisconsin interviewed the author of book documenting Steven Avery’s conviction for a 1985 rape, which was later overturned by DNA evidence. (via WLUK-TV FOX 11)

Steven Avery appealed the conviction in 2009, wanting a new trial. Avery and his attorneys said they wanted to introduce evidence saying someone else could’ve killed Teresa Halbach. WLUK reports. (via WLUK-TV FOX 11)

Brendan Dassey Court returned to court, arguing for a new trial. His new attorneys strongly questioned his old one for the handling of the original trial. WLUK reports. (via WLUK-TV FOX 11)

The family of Teresa Halbach dropped their lawsuit against Avery and Dassey only days before a scheduled hearing. “…following through on the pursuit of the civil case would likely be a time-consuming, painful experience,” the family wrote in a statement. (via WLUK-TV FOX 11)

With doubts swirling about the 2007 murder conviction, the Netflix documentary Making a Murderer, by filmmakers Laura Ricciardi and Moira Demos, brought the case to national attention. And in January 2016, Ricciardi and Demos said they were approached by a juror who claimed the jury traded votes, and that this juror feared for their life if they didn’t return a guilty vote. (via TODAY)

The juror issues continue. Richard Mahler, a juror from the 2007 trial who left part-way because of a family emergency, said he’d have voted not guilty. (via TODAY’S TMJ4)