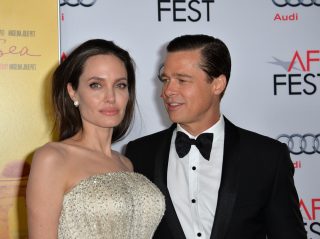 It sure would be the kind of sensational and scandalous tidbit the media has hoped for if Brad Pitt were secretly a child abuser. But seriously, people. Not so fast.

Everyone from TMZ to People Magazine to CNN is reporting “Brad Pitt Investigated For Child Abuse.” The case has reportedly been turned over to the FBI.  As a former child abuse and neglect prosecutor, I thought I’d explain what that actually means from that perspective.   Pitt was apparently accused of consuming alcohol and “getting verbally abusive with one of the couple’s kids, as well as getting ‘physical’.”

The L.A. County Department of Children and Family Services (“DCFS”), like the many other child-protective agencies in our country, has the difficult but critically important task of investigating reports of child mistreatment to identify and protect those children who are at serious risk. Under state law and applicable procedure, DCFS is required to investigate all allegations of child abuse and neglect – regardless of the identity of the source, or the nature of the allegations. Standard operating procedure would be for DCFS to send out some caseworkers, conduct some interviews with the children and parents, evaluate the children’s living conditions, and make a determination about whether the report’s allegations warrant any further action. DCFS workers have seen it all. They know that, particularly within certain communities, reports of child abuse are the go-to tools for feuding neighbors, disapproving caretakers, and typical baby-mama drama. So, while utterly fabricated, unfounded claims are daily fare, DCFS has an obligation to treat each and every report seriously. False positives are simply part of the job. The fact that a child-protective agency investigates a claim means one thing and one thing only: that a report was made. The investigation itself doesn’t mean that DCFS believes there was wrongdoing—it just means that DCFS is doing its job.

To be clear, though, DCFS is a civil system. It sometimes works together, in tandem with police (for example, if a person were to call the police and allege child abuse, the police would then coordinate with DCFS) – but many times, the two operate independently. DCFS conducts its own investigation, makes its own findings, and prosecutes its own cases – more often without police involvement than with it. As for the FBI, they are usually very tightlipped about their investigations. They generally will not open a full fledged investigation, unless they think they have a serious enough complaint/evidence.

In my personal opinion, I highly doubt that Brad Pitt is a child abuser whose actions just happened to catch up with him yesterday. I say that not because I have personal knowledge of his parenting, but rather, because I know the public. The frenzy has built over the past two days, and both Angelina Jolie and Brad Pitt have their champions and their haters. I wouldn’t be remotely surprised if someone made an anonymous report against Pitt as a way of inserting his or herself into what should be a private divorce. It’s also more than possible that someone saw a DCFS report as a convenient way to punish Pitt for having cheated on his wife (which, according to the press, may also not have happened). The allegations against Pitt reported by People Magazine are so vague as to give any seasoned child-protective professional pause; even if it were true that Pitt “got physical” with his children—those facts alone might not support a finding of abuse or neglect. Bottom line: an investigation means nothing. Talk to me when there’s a “finding.”