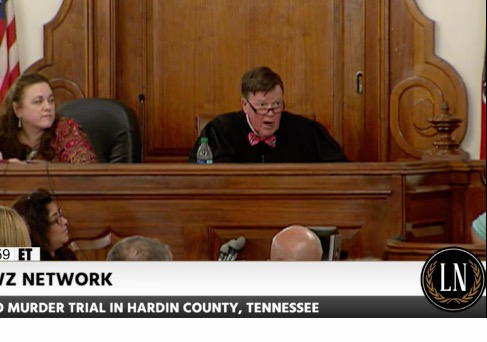 The judge presiding over the high-profile Holly Bobo trial is considering whether to allow the sequestered jury to attend a football game. The jury is spending the next two weeks in a hotel room without television or radio access as it hears testimony in the case. The defendant, Zachary Adams, could face the death penalty if convicted. Jurors are hearing testimony into the evening and on Saturdays.

Judge Charles Creed McGinley started the afternoon with a “general inquiry” about who on the jury were fans of a certain team. He said he was considering allowing them to go see the game, apparently in person, but couldn’t make any promises.

McGinley theorized in open court that the “presence of dark” would leave the jury “isolated,” and that there would be adequate space on the visitor’s side of the field or stadium which would prevent the jury from any “danger of exposure.” The judge also suggested that guards would be present.

The judge also said that the jury might be able to watch a football game on television at some point, assuming any non-game programming (including commercial breaks, which might include newscast previews) could be cut out.

The judge yesterday threw a freelance journalist out of the proceedings for tweeting the occupation of a juror. Apparently, sending the jury to a public event which may be brightly lit, may be packed with recognizable people, and may be filled with cameras carries nowhere near as great a risk?

The judge did not promise to send the jurors to the game or allow them to watch the other game on television; it appeared he was merely considering it.