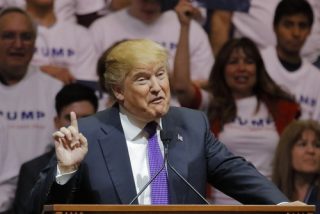 The New York Times just published Donald Trump’s tax returns without his “affirmative authorization” as required by law. (See IRS Publication 4639). This violates the plain language of the law, and is considered criminal if “willful.”  In tax laws in general, and First Amendment cases as well, courts compel a definition of willful that requires the individual know the law and know the law prohibits them from doing what they did. Here is where The New York Times runs into true trouble.

Prior to receiving or publishing these documents, Executive Editor Dean Baquet acknowledged in a public forum with Bob Woodward and Laura Poitras that “lawyers would say this is crossing a line” and “you know what your lawyers would tell you: if you publish them, you go to jail.” In criminal willfulness prosecutions, this is as close as you get to a “smoking gun” of willful intent to break the law: public admission the person knows they would be breaking the law, but advocating it anyway.  Worse yet, because Baquet is a “key employee” with authority to bind the company, this conduct could be considered a crime of The New York Times as a company.

The only defense proffered so far by supporters of The New York Times is the First Amendment. A key Supreme Court constraint on the First Amendment defense is that the newspaper obtain information “lawfully.” A seminal case in this respect is the famous footnote 8 from the Florida Star case in the Supreme Court where the court left open the question whether “in cases where information has been acquired unlawfully by a newspaper or by a source” the government may legally “punish not only the unlawful acquisition, but the ensuing publication as well.” The Florida Star v. B.J.F., 491 U.S. 423, 535, n.8 (1989). Notably, the Supreme Court left open whether The New York Times could have been prosecuted from publishing the Pentagon Papers, but at least there, the Times did not knowingly violate a specific criminal statute and promise to do so in advance of receiving the documents. The D.C. Circuit, in the McDermott case, implied the law did not allow a newspaper to publish material it knew, and admitted it knew, was obtained unlawfully, when a specific law prohibited its publishing.  Years ago, Senator McGovern followed the same logic in refusing to use documents from the raid on FBI offices in Media, Pennsylvania, that disclosed widespread FBI surveillance actions.

The Obama administration’s approach to Julian Assange, and previously to Fox reporter James Rosen, also contradicts the First Amendment defense of the New York Times’ conduct here, as the entire premise of such FBI actions is that the First Amendment does not protect the open solicitation and promise to publish stolen, statute-protected, private documents. The statute, like the statute found constitutional in McDermott, protects Trump’s right to the privacy of his free speech. Free speech isn’t free if it can’t be private. The First Amendment thus protects “freedom not to speak publicly, to speak only privately,” as the D.C. Circuit acknowledged in the McDermott case.  Even liberal leaning publications like the Huffington Post acknowledged that a journalist cannot use the First Amendment as a shield to solicit a crime. As Baquet admitted at the Harvard Forum, the New York Times executive editor would advocate “crossing a line” (Woodward’s words) if it concerned Trump’s tax returns.

As both Poitras and Glenn Greenwald, the Snowden publishers, know, it is essential for people in their position to never openly and publicly solicit unauthorized disclosures, but merely publish after the fact. Baquet ignored that limitation, and in the process may have subjected himself, the reporter, and the New York Times itself, to a precedent-setting criminal prosecution.

Robert Barnes is a California -based attorney whose practice focuses on tax defense and First Amendment law, and whose prior cases have been featured in the New York Times, to whom he holds no umbrage.