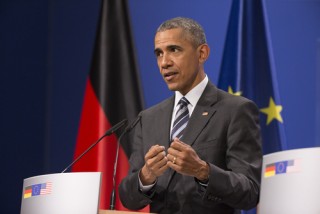 While Republican Senators have been holding strong in their refusal to hold confirmation hearings for Supreme Court nominee Merrick Garland until the next President is elected, President Obama is putting the pressure on by hitting them at home. Obama appeared on local newscasts on Monday, addressing viewers in states where several Republican Senators are up for reelection this year, Reuters reported. While the President has been unable to directly convince the Senators to hold hearings, perhaps swaying their constituents will change their minds.

Obama not only praised Garland, whom he called “maybe the most qualified nominee that we’ve seen before the Senate for a Supreme Court seat,” he shamed the Senators for “not doing their job,” as he told New Hampshire’s WMUR. New Hampshire Senator Kelly Ayotte is up for reelection this November. While Ayotte did meet with Garland, she has gone on record as wanting the Senate to wait until after the election to do anything.

Obama also spoke to news anchors in Missouri, Ohio, Wisconsin, Arizona, as well as Iowa, the home state of Senate Judiciary Committee chairman Chuck Grassley, who has been leading the initiative to block Garland’s confirmation during the election season.