‘He Will Understand My Dilemma With the Corrupt’ DOJ: Whistleblower Seeks Pardon From Trump

The whistleblower who was paid $104 million by the United States government for revealing the names of Americans with secret Swiss bank accounts says he is preparing to disclose the names of at least two more prominent people whose identifies have not yet been made public—one in Hollywood, the other a billionaire businessman.

“Just because you’re not indicted, doesn’t mean you didn’t break the law,” said Bradley Birkenfeld in an interview broadcast on the Law&Crime Network. He was treated like a celebrity at a conference this week in Miami Beach run by the group Offshore Alerts. Government officials appearing at the conference boasted of the more than $500 million paid by the United States this last year to whistleblowers. No single whistleblower has ever been paid more than Birkenfeld.

Birkenfeld, an American citizen who worked at the UBS Bank in Geneva, Switzerland, was paid his huge award after blowing the whistle on the bank’s roster of wealthy Americans with secret, numbered accounts.

“We had 19,000 accounts, twenty billion dollars in assets from Americans, just Americans,” he said. But Birkenfeld says US authorities did not take action against all the Americans who had the accounts and he wants to rectify that now.

Authorities credit Birkenfeld with, essentially, bringing to an end the decades-long Swiss banking secrecy which made it impossible for law enforcement to discover the Americans with hidden accounts.

No Swiss banker went to jail because of Birkenfeld’s information, but ironically he did because prosecutors said he was not fully forthcoming about his largest American client.

Birkenfeld is still angry about the decision of prosecutors to go after him, after all that he did to help them recover more than $5 billion in unpaid taxes and penalties.

“I never should have gone to jail because I was the one who exposed this multibillion dollar, decades-long tax fraud.” Birkenfeld said. Just a few weeks after he was released from prison, after serving 30 months, the US Treasury check arrived. Minus taxes, the government check was made out for $75 million. 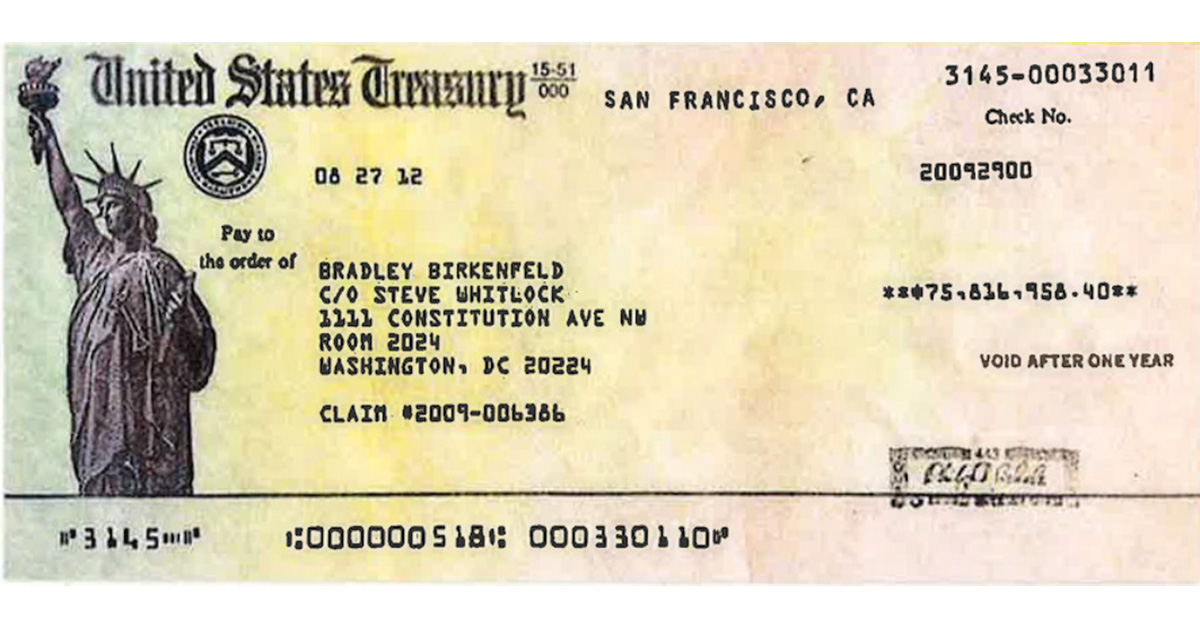 Now Birkenfeld says he is seeking a pardon from President Trump.

“Hopefully, he will understand my dilemma with the corrupt Department of Justice which he certainly knows well enough,” Birkenfeld said.

With is $75 million whistleblower payment, Birkenfeld is living a life of riches. He has homes in Malta, Italy and London and says “it was quite a joy just to be able to know that I could buy just whatever I wanted.”

He says he is also going to use some of his money to fund whistleblower assistance centers for help others who want to blow the whistle but lack access to lawyers or the money to pay their expenses.

“I have the knowledge and the motivation to help other whistleblowers who are a lot less fortunate than I am,” Birkenfeld said.