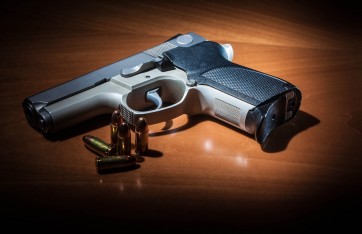 As the newspaper explains, this means up to 9,063 firearms may have been sold to individuals who were ineligible to own a firearm simply because the FBI was unable to process the paperwork within the three day window.

While this sounds somewhat unnerving, it is unlikely that over 9,000 guns were actually sold to ineligible individuals.  According to the report, the FBI does not keep data on how many background checks actually result in gun sales.  The closest available measure for the number of guns sold to improper persons is likely found in the FBI retrieval request data.  If the FBI believes a gun was sold to a buyer who should not own a weapon, the FBI sends a request to the ATF to track down and retrieve the weapon.  In 2015, data obtained by the newspaper shows the FBI sent 2,892 requests.

Furthermore, despite the lack of data, the FBI says it does continue to process applications after the three day window and contacts dealers to determine whether a purchase has gone through. Some dealers also implement their own policy to not transfer the weapon to an individual until the background check is complete.  The year, the newspaper found the FBI had tracked down nearly 32,000 individuals in the past decade who were able to purchase gun

The efficacy of the FBI background check system has become a major political issue this election season.  Potential problems with the system came to light after the massacre at a predominantly black church in Charleston, SC.  The alleged shooter, Dylan Roof, was reportedly able to purchase a firearm due to an error in processing his background check paperwork.  Roof had a felony drug conviction that should have prevented him from purchasing a firearm.

In all, data shows the FBI reported 23.1 million background checks through its National Instant Criminal Background Check System during 2015.  That represents an increase of just over 2 million requests from 2014.  The report states the number so far in 2016 already surpassed 16 million in the first half of the year.