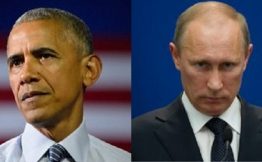 “We are writing to request a direct and urgent response to the Russian Federation’s state-sponsored cyberattacks on the United States’ democratic institutions and the 2016 electoral process. Such attacks cannot be tolerated and the United States must take immediate measures to ensure that those responsible are held to account.”

But the urgency of the request was likely too little too late; that letter was sent November 1, 2016.

What action, if any, the Obama administration took per the Senators’ request is unclear, however, it does raise concerns as to whether the administration acted promptly–if at all–to such voiced fears.

Included in the document release is a written response from Assistant Secretary of State for Legislative Affairs at the State Department, Julia Frifield. She wrote:

“[The Obama administration] will not tolerate attempts to interfere with the U.S. Democratic process, and we will take action to protect our interests, including in cyberspace, and we will do so at a time and place of our choosing.”

According to a press release issued by Operation 45, Shapiro and journalist Jason Leopold sent FOIA requests to the FBI, CIA, DHS and Office of the Director of National Intelligence seeking information on the alleged activities of Russian hackers viz. the 2016 election on November 1, 2016. That request was apparently ignored and a lawsuit was filed the day after Christmas that same year.

The Feinstein-Cardin letter and its associated documents are the first responsive requests released to that lawsuit.  LawNewz.com will continue to report on the organization’s disclosures as they become available.