Congress Suddenly Realizes That 9/11 Law Is a Terrible Idea 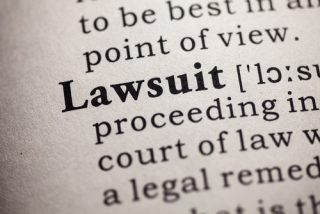 Congress really has to be kidding me. After months of warnings from President Obama, legal and international affairs experts, and foreign leaders (most recently, Turkish President Recep Tayyip Erdogan), it unanimously passed the Justice Against Sponsors of Terrorism Act (“JASTA”) anyway. The political pressure to vote in favor of any bill purporting to help 9/11 victims’ families was, apparently, just too strong for any of our Senators and Congressmen to resist. I get it. JASTA makes the sexy promise of compensating families for their losses suffered at the hands of terrorists; with something so irresistible being pledged, it’s unlikely that obstacles as dull as “subject-matter jurisdiction” or “comity” could hope to deter American politicians.

When JASTA passed unanimously last week, it began a game of legislative ping-pong that has now become truly absurd. As expected, President Obama vetoed the bill. And Congress, in a triumphant gesture of willful blindness, overrode the president’s veto. The override was a 97 to 1 vote, with Minority Leader Harry Reid as the lone dissenter, and Tim Kaine and Bernie Sanders as conspicuous no-shows. Glad to see that someone has begun paying attention.

The JASTA story would have been bad enough if it had ended there, with a foolish override of an equally foolish bill. But there’s more. Congress has apparently just now begun considering JASTA and the results it might create. And get this – Congress is annoyed with the White House for not forcing it to realize that JASTA was a bad idea. Following the veto override, Mitch McConnell actually said that this debacle is “an example of an issue that we should have talked about much earlier,” and that it indicates the White House’s “failure to communicate early about the potential consequences of a piece of legislation was obviously very popular.”

Now, Congress is looking for some kind of legislative morning-after pill to fix the mess it created with this idiotic legislation. Paul Ryan told reporters, “there may be some work to be done to protect our service members overseas from any kind of legal ensnarements that occur, any kind of retribution.” Silly me. I thought “work to be done” on laws was Congress’ job during the drafting, debating, and voting process.

This is our government, people. These clowns are so busy making campaign commercials and attending fundraisers that they’re not fulfilling the most basic obligations of the positions for which they were elected. And it’s not a political problem as much as it is a politician problem. Republicans are used to ignoring anything the White House says; ill-advised obstinacy has become the GOP brand. But the Democrats really have no excuse. President Obama is their party’s leader; their deliberate indifference to his prior warnings and subsequent veto is proof positive of their prioritizing public relations over public service.

The United States Capitol has become a stronghold of disregard – disregard for responsibility, for the international community, for the consequences of law, and for the trust of voters. Congress’ “work” on JASTA has now become a microcosm of a pervasive problem—namely, that ignorance is now an accepted political philosophy. Stupid, arrogant, and dangerous isn’t reserved for executive-branch candidates.