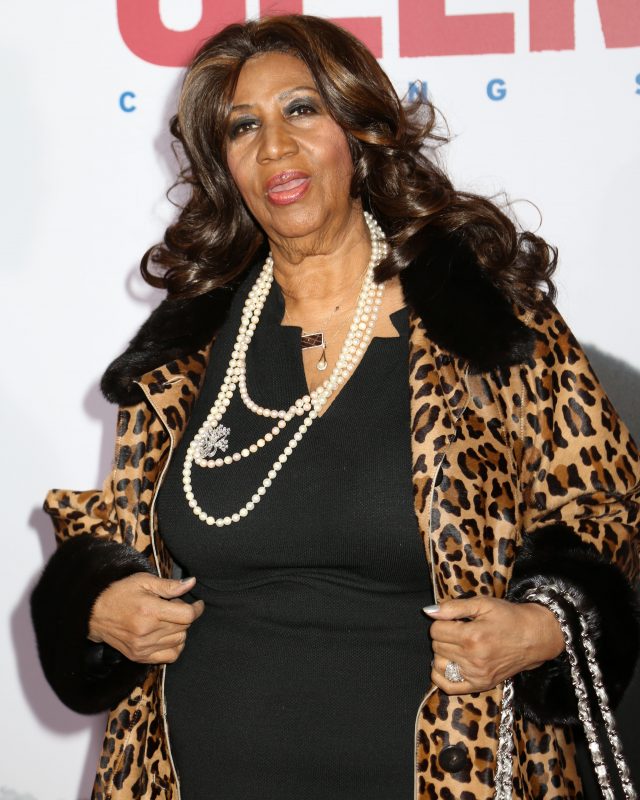 What the heck is Aretha Franklin talking about?

According to the Associated Press, the Queen of Soul called them after sending “a lengthy fax” the day before in which she complained that Dionne Warwick libeled her. Yeah, that’s right. While you’re busy wondering who the hell uses faxes anymore (and simultaneously marveling that Aretha is giving Donald Trump a run for the money in the battle of “who’s the more absurd public feud participant”), allow me to explain.

You may remember that five years ago, Whitney Houston died. Yes, I know, that’s not the singer we were talking about, but stay with me. At Whitney’s funeral, singer Dionne Warwick incorrectly told funeral-goers “’Ree’s not here, but she is here.” As it turns out, Aretha wasn’t there at all, and was instead home nursing her swollen feet. Warwick also apparently said, in reference to Franklin, “She loves Whitney as if she were born to her. She is her godmother.” According to Cissy Houston (Whitney’s mom), Darlene Love was actually Whitney’s godmother. End of story. And apparently, Aretha has been coming to a slow boil about this for the past half-decade.

Go ahead. Ask the question I know you want to ask. What could possibly be defamatory about saying someone was at a funeral when they weren’t there? Or saying that a person is Whitney Houston’s loving godmother when she really wasn’t?

I don’t know either. But apparently, Aretha Franklin is absolutely sure that Dionne’s statements were libelous. When asked if she wanted an apology from Warwick, Aretha reportedly said: “I don’t care about her apology, at this point it isn’t about an apology, it’s about libel.” Franklin also blasted Warwick for libel in a phone interview with the Associated Press:  “She blatantly lied on me … fully well knowing what she was doing.”  Prepositions aside, I think it’s fair to say that there’s one person in this equation who doesn’t know “fully well” what she’s doing.

For starters, “libel” is what we call the written form of defamation. I’m assuming that Dionne Warwick didn’t fax, telegram, or skywrite anything about Aretha Franklin’s attendance directly from the funeral parlor, and that Franklin actually meant “slander,” which is the term for spoken defamation. Not that that makes any difference to Aretha’s bizarre claim. In order for Warwick’s statements to be defamatory in any form, it’s not enough that they’re false. They’d also have to be financially damaging to Aretha Franklin. Oh, and even that’s not all. Aretha Franklin is a public figure, so defamatory statements about her would have to be made with “actual malice,” or an intent to spread falsehood.

Even hypothetically, for the sake of going down Aretha’s road, I cannot imagine any way Dionne’s statements could cause Aretha financial damages. If anything, the aged soul-singer might have financially benefitted from being known as Whitney’s godmother – especially after Whitney’s untimely and very dramatic death. The truth, according to Aretha, was that she was asked to stand as Houston’s godmother, but that she was “far too busy” to accept the position. I’m not quite sure how the real story adds to Franklin’s net worth, but that’s her story and she’s sticking to it.

According to reports, Franklin saw Warwick last week at the Tribeca Film Festival, and Warwick tried to give her a hug backstage. Aretha reportedly refused, saying, “Oh hell no. You couldn’t be serious.” Dionne Warwick hasn’t made any public comment on this whole feud yet, but representative, Angelo Ellerbee has said: “She will not dignify a response to the statement made by Aretha Franklin.”

I’d have thought that our Psychic Friend would have had a better response ready to go on this one, but apparently, not. Will Aretha actually follow through on her legal threat? Will Dionne be able to keep smilin’ even if she finds herself amidst active litigation? Will the Queen of Soul send any more faxes? These are the questions we may have to wait five more years to answer.