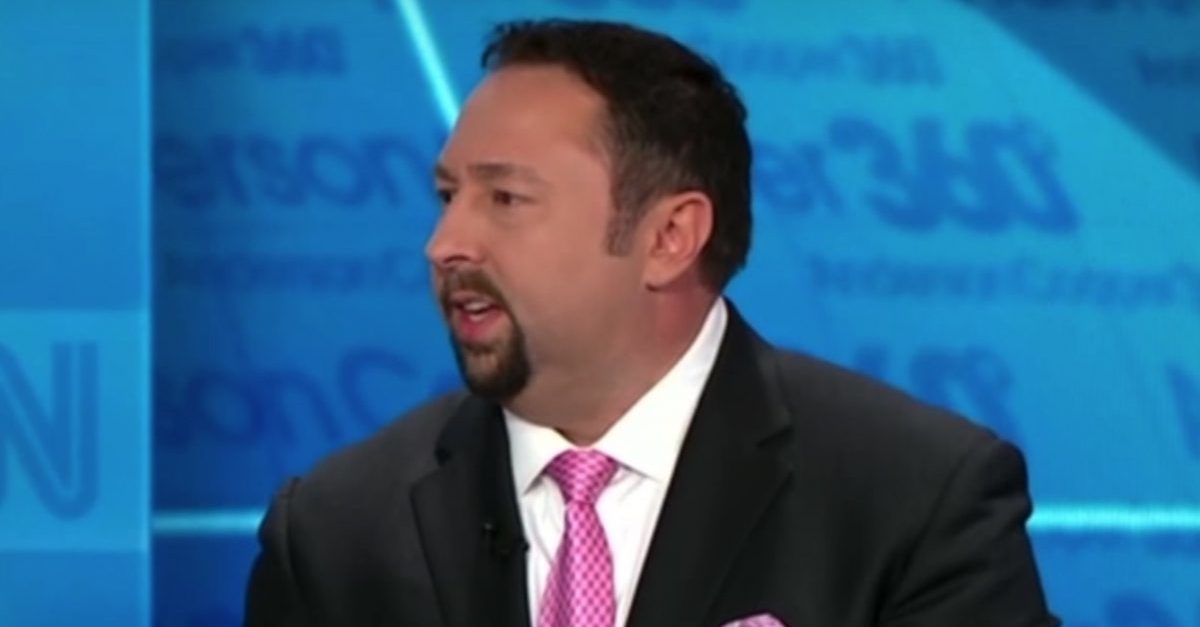 Former Trump 2016 campaign aide Jason Miller is alleged to have drugged a woman with an abortion pill without her consent, according to recently filed court documents.

Splinter News reported on the accusations in an article late Friday night. The claims have surfaced as part of an ongoing and acrimonious custody battle between Miller and another former Trump campaign aide, A.J. Delgado. Miller and Delgado’s affair–and the concomitant custody battle over their 13-month-old son–has been heavily reported before.

The new court documents outline allegations that before Miller hooked up with Delgado, he previously carried on an affair with a woman he met at an Orlando strip club. In the filing, the woman is referred to as “Jane Doe.”

Those documents claim that when Doe discovered she was with child, Miller secretly gave her an abortion pill which ended the pregnancy and endangered her life, according to Doe herself. The filing reads, in relevant part [emphasis in original]:

7. Mr. Miller had sexual intercourse with Jane Doe and continued a sexual relationship with her for some unknown period of time.

9. Shortly thereafter, according to Jane Doe, Mr. Miller visited her at her apartment with a Smoothie beverage.

11. The pill induced an abortion, and Jane Doe wound up in a hospital emergency room, bleeding heavily and nearly went into a coma.

13. Jane Doe herself was hospitalized for two days, the abortion pill possibly reacting with potential street drugs in her system at the time she drank the Smoothie.

14. Upon leaving the hospital, a rightly enraged Jane Doe contacted the staffers of local politicians with whom Mr. Miller had been in attendance at Rachel’s the night they met.

15. Mr. Miller then, in a panic, attempted to have Jane Doe sign a non-disclosure agreement (“NDA”), presumably in exchange for a sum of money.

Delgado entered the above accusations into her filing via the Miami-Dade Circuit Court on Sept. 14. Delgado is moving for the court to force Miller to undergo a psychological evaluation and makes note of Miller’s “unsupervised time” with their son.

The filing also claims that Delgado fears for her safety and for the safety of their child. In comments to Splinter which echoed the filing, Delgado said, “I’m concerned for my safety (more importantly, my son’s) with Miller and afraid of his reaction if I add comment.”

Miller also responded to the accusations–after the original story was published. In a statement issued by way of his legal team, Miller said:

To be clear, there is no validity to the false accusations made in Ms. Delgado’s filing. We also know the identity of the ‘Jane Doe’ referenced in the filing, have located her, and Mr. Miller is absolutely certain that he does not know her, never had a relationship with her, and never engaged in the actions Ms. Delgado—and now you—falsely accuse him of committing.

Delgado revealed the affair and pregnancy in an August 2017 profile in The Atlantic. In that story, she said that Miller claimed to have been separated from his wife then their affair began.

When Delgado discovered she was pregnant, Miller apparently revealed that his wife was pregnant as well and then allegedly asked Delgado on two separate occasions if “there was any chance I’d terminate the pregnancy.” Miller denied that charge as well.