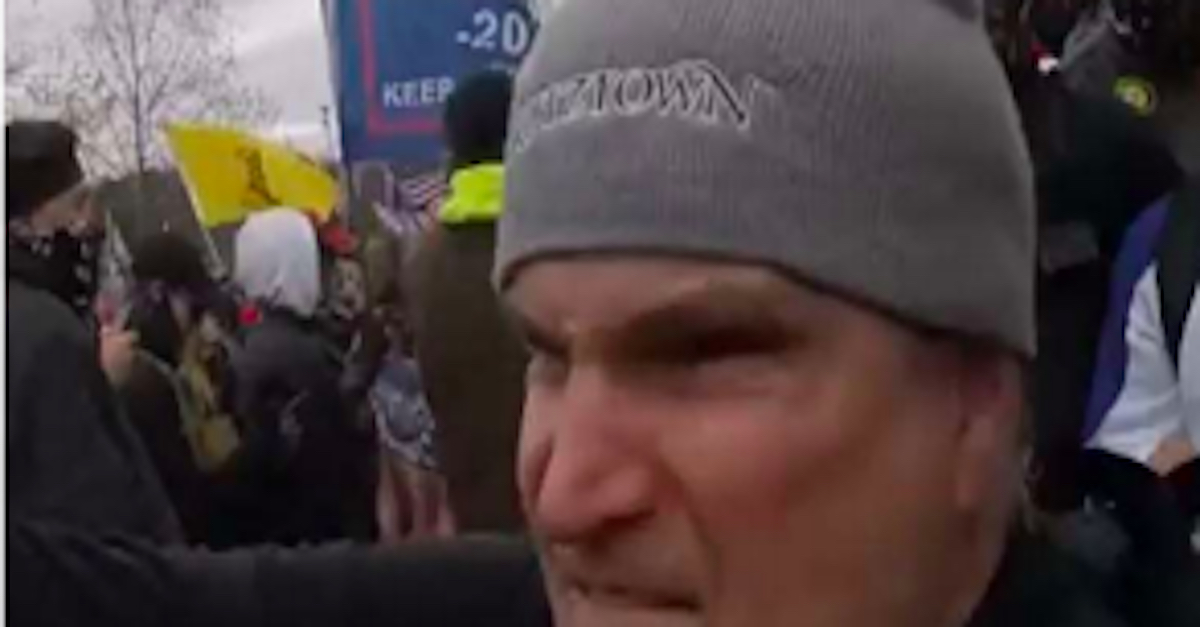 A Pennsylvania man who participated in the Jan. 6 Siege on the U.S. Capitol attempted to use a Taser-like weapon on the police before assaulting multiple officers and a photographer with the Associated Press, the FBI announced Wednesday.

Alan William Byerly, 54, was taken into custody Wednesday and charged with five crimes stemming from his alleged conduct at the Capitol, including assault, assault on a federal officer, obstruction of law enforcement during civil disorder, engaging in physical violence on restricted grounds, and violent entry and disorderly conduct on Capitol Grounds.

According to charging documents unsealed in U.S. District Court in Washington, D.C., Byerly was part of a crowd of violent rioters who assembled on the Lower West Terrace where officers from the U.S. Capitol Police and Metropolitan Police Department had formed a makeshift barrier out of a line of bike racks to protect themselves from the mob just after 2 p.m.

“BYERLY was seen among the crowd of rioters near the established police line with what appears to be a Taser device designed to deliver a debilitating electric shock grasped in BYERLY’s right hand,” the complaint states. “At approximately 2:10:54 p.m., and seemingly unprovoked, BYERLY appeared to press and activate the taser, as the electric charge of the taser was clearly audible. Shortly thereafter, BYERLY raised his right arm while holding the taser in his right hand and proceeds to charge at the officers”

The complaint further alleges that after his first attempt to attack the police line with the Taser failed and after officers were able to disarm Byerly, he “continued to charge toward the officers, physically strike, and push against officers” — and the attempted to steal one of their batons before he was finally restrained.

“Nevertheless, BYERLY continued to resist and assault the officers,” the complaint states about Byerly after he was restrained. The document says the officers’ efforts weren’t enough to keep Byerly in custody, as he was able to escape and “flee” after receiving “assistance from a fellow rioter.”

Prior to his confrontation with police, Byerly allegedly assaulted a photojournalist who was clearly wearing AP credentials. Per the complaint, the journalist was being harassed by a group of rioters on the Capitol steps while Byerly only observed. It wasn’t until the journalist appeared to diffuse the situation and retreat down the stairs that Byerly allegedly interceded.

“At the bottom of the stairs, BYERLY and three other subjects grabbed the [journalist] victim and pushed, shoved and dragged him parallel to the stairs, back towards the site of the original altercation,” the complaint states.

Read the full set of charging documents below.