PA Police Officer Arrested After Posting Video of Himself Charging Police Lines During Capitol Riots: ‘No Regrets and Give Zero Shits’ 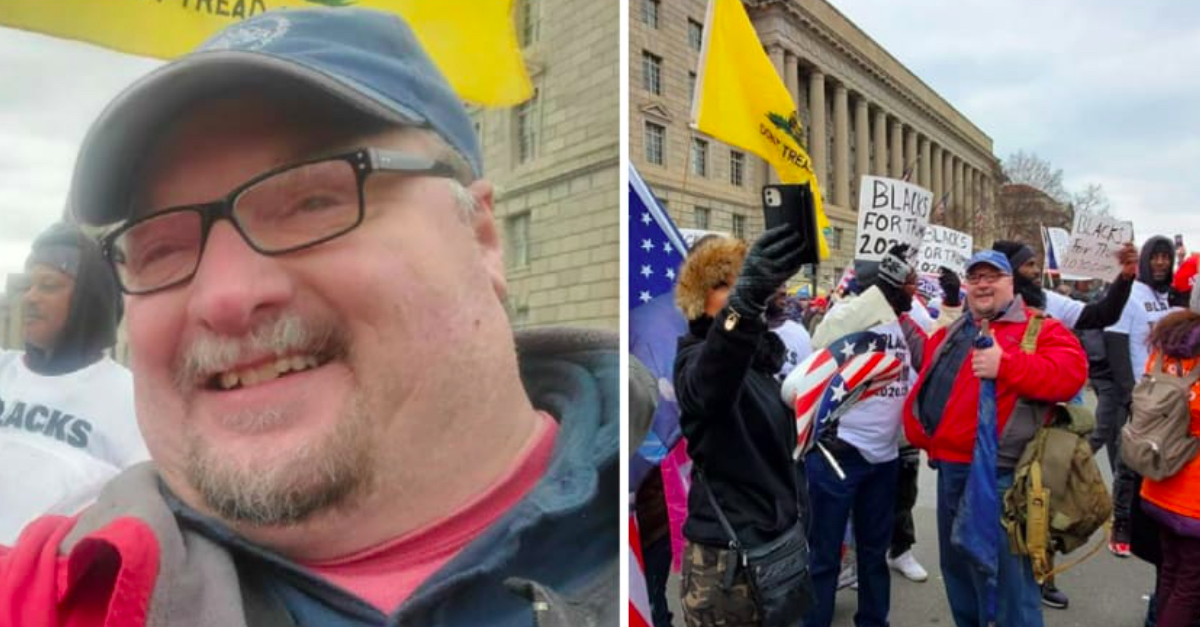 A police officer from Lebanon County, Pennsylvania was arrested on Friday for his role in the Jan. 6 riots at the U.S. Capitol Complex.

Officer Joseph Fischer, 54, of the North Cornwall Township Police Department was taken into custody by the FBI and charged with obstruction of law enforcement during civil disorder, knowingly entering or remaining in any restricted building or grounds without lawful authority, violent entry, and disorderly conduct on capitol grounds. He was suspended by his department pending an investigation and is currently being detained in Dauphin County Prison.

Like many other rioters facing charges, authorities were able to identify Fischer based on photos and videos posted to his own social media accounts showing him inside the Capitol Complex.

In one instance, Fischer posted a video to Facebook of himself entering the Capitol building that was captioned “Made it inside…received pepper balls and pepper sprayed. Police line was 4 deep . . . I made it to level two.”

According to the criminal complaint, filed in Washington, D.C. federal court, approximately 50 seconds into the video Fischer can be heard yelling “Charge!” before literally charging towards a line of police officers. He can also be heard yelling “hold the line” and “motherfucker.” Towards the end of the video Fischer appears to drop his phone, likely as a result of “a physical encounter with at least one police officer.”

Fischer expressed no remorse for participating in the deadly riots in the days that followed. In Facebook messages exchanged with an unnamed user on Jan. 7, Fischer said he may need a new job because the police chief had learned that he was at the Capitol and claimed the FBI was “targeting police.”

“Did your job say something to you?” the unnamed Facebook user asked Fischer.

“Yep . . . chief did. I told him if that is the price I have to pay to voice my freedom and liberties which I was born with and thusly taken away then then must be the price,” Fischer responded. “I told him I have no regrets and give zero shits. Sometimes doing the right thing no matter how small is more important than one’s own security.”

Fischer’s preliminary detention hearing is scheduled for Feb. 23 at the U.S. District Court in Harrisburg.

“The Township recognizes every citizen’s right to free speech; however, each citizen must also be accountable for his or her actions. Accordingly, as required by the Pennsylvania Confidence in Law Enforcement Act, the police officer was immediately suspended without pay pending the disposition of these charges,” the department said in a press release Friday. “While every citizen accused of a crime must be presumed innocent until proven guilty, the Township, its elected officials, its police officers, and its employees wish to make clear that the United States of America is a government of laws which we are sworn to uphold. Neither the Township nor any officer or employee endorses, accepts, or condones any alleged participation in a crime against the United States of America nor any act committed by an individual who may have illegally breached the United States Capitol on January 06, 2021.”

Read the federal criminal complaint below.