Feds Arrest 5 Members of Texas Family Who Allegedly Traveled to D.C. to Storm the Capitol 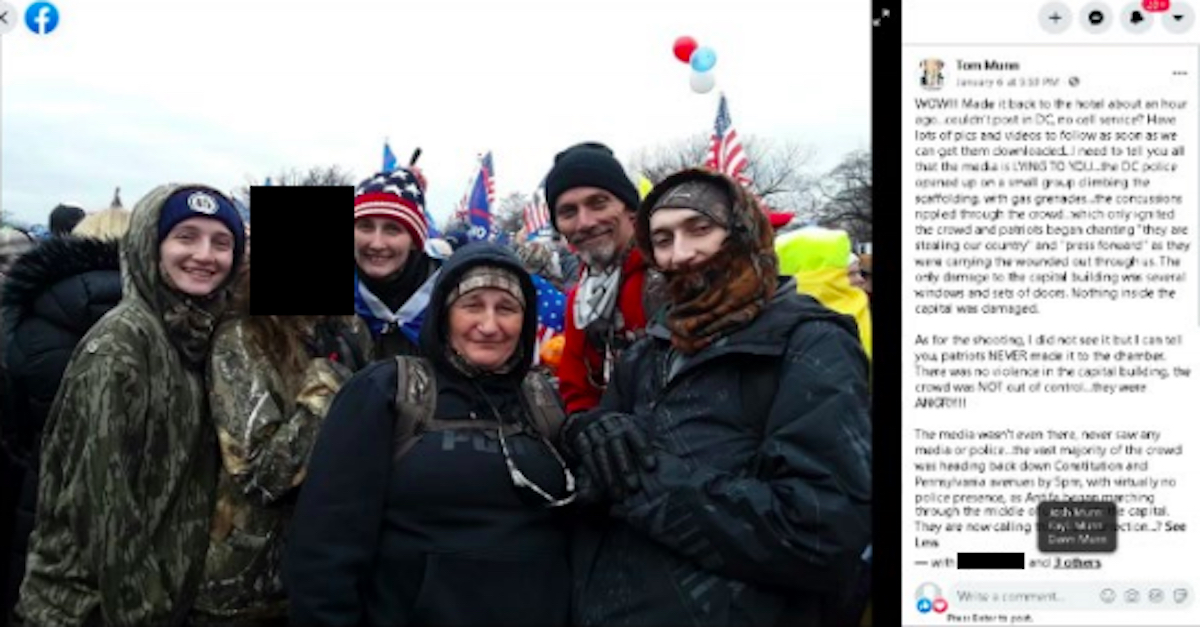 Federal authorities have arrested five members of a Texas nuclear family who allegedly traveled to Washington, D.C. together to take part in the Jan. 6 siege on the U.S. Capitol.

According to the criminal complaint, unsealed Tuesday in the U.S. District Court in Washington, D.C., Kristi Munn, Thomas Munn, Dawn Munn, Joshua Munn, and Kayli Munn documented their trip to the pro-Donald Trump “Stop the Steal” rally with a slew of social media posts that depicted them inside the Capitol Building. A minor child also accompanied the family to D.C. but was not charged.

The bureau said that agents were provided with extensive evidence of the Munn family’s actions during the riot by a tipster identified as a relative of Kristi Munn’s fiancé who had “personally met Kristi and spent time with her during the 2020 Christmas holiday season.”

The tipster apparently provided screenshots from several of Kristi’s social media accounts, one of which allegedly included a Facebook photograph showing the whole family—all of whom are tagged—as they prepared to set off for the nation’s capital. The photo included text that read, “Washington D.C. here we come… #StopTheSteal #TrumpIsMyPresident,” the complaint said. Additional photos from Kristi’s Snapchat account allegedly showed her and the other members of her family at the Capitol on Jan. 6.

A subsequent investigation allegedly revealed that other members of the Munn family also readily posted evidence of their misdeeds to social media.

Following the Jan. 6 siege, Tom Munn allegedly posted a picture of the family posing together near the Capitol. The caption allegedly read: “Made it back to the hotel about an hour ago . . . Have lots of pics and video to follow . . . the DC police opened up on a small group climbing the scaffolding, with gas grenades . . . The only damage to the capital building was several windows and sets of doors. Nothing inside the capital was damaged. I can tell you, patriots NEVER made it to the chamber. There was no violence in the capital building, the crowd was NOT out of control . . . they were ANGRY!!!”

Kelsi Munn allegedly posted the same photograph with the caption: “These women stormed OUR capital and demanded OUR House and Country back!!!! They did not brake [sic] burn threaten swear push touch or hurt another American there today but they damn sure made their voice hear [sic]!!!”

Investigators also said that Joshua Munn admitted to storming the Capitol in a Facebook message, telling another user, “Before you hear it on the news I am I [sic] family marched on DC today it was extremely cool we did enter the Capitol building” and “It was super cool everything was cool till the cop used tear gas that is when people got mad but still never hurt  anyone.”

According to the FBI, a review of security camera footage from inside the Capitol showed all members of the Munn family moving throughout the Capitol Building with other rioters for more than 30 minutes. 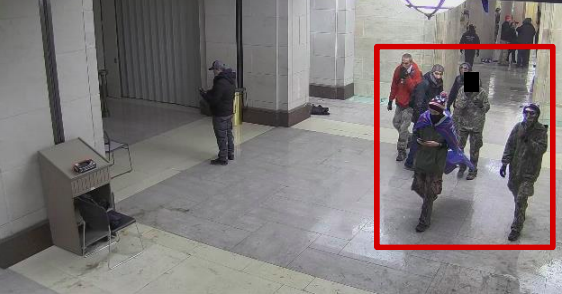 A livestream video posted to Parler by right-wing streamer Tim Gionet, also known as “Baked Alaska” (and who faces charges for Jan. 6), also allegedly depicted all five members of the Munn family in room S-145, which is located on the first floor of the Senate wing of the building.

It is not clear when the Munns will make their first appearance before a judge.