Pennsylvania Man Whose Ex-Girlfriend Shared His Jan. 6-Related Texts with the FBI Pleads Guilty to a Felony 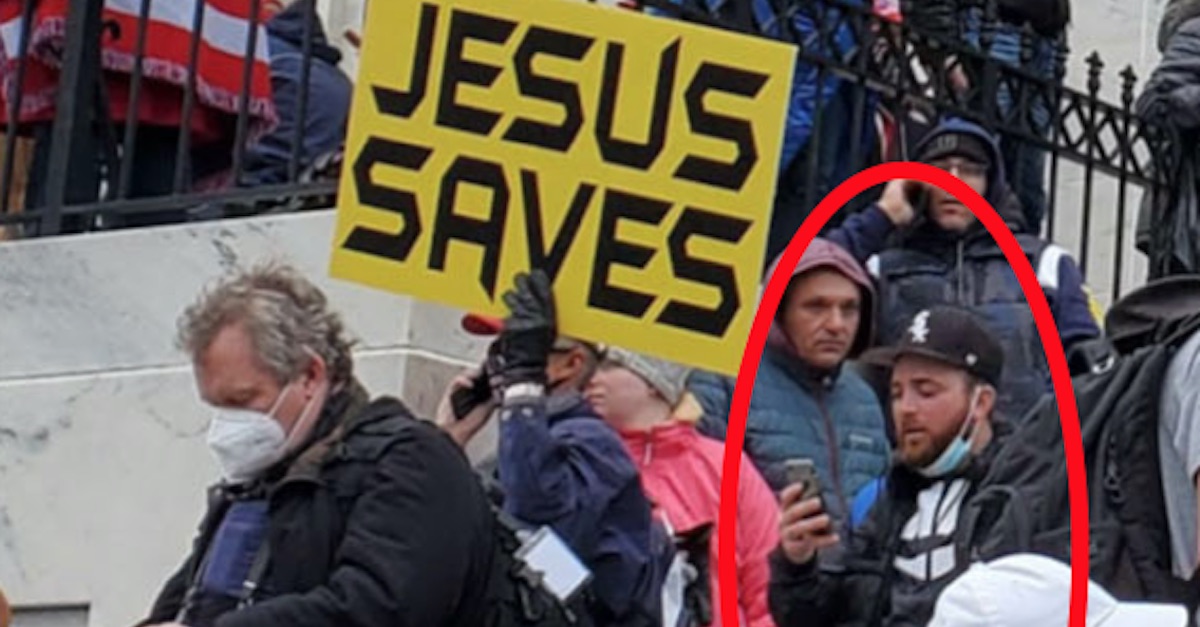 A Pennsylvania man who texted his ex-girlfriend regular updates as he stormed the U.S. Capitol on Jan. 6 has pleaded guilty to a felony.

Richard Michetti, 29, from Ridley Park, admitted Tuesday that he was one of thousands of Donald Trump supporters who descended on the Capitol building that day, angry over the results of the 2020 presidential election. He pleaded guilty to one count of aiding and abetting obstruction of an official proceeding, a felony that carries a potential 20-year prison sentence and $250,000 fine.

At his plea agreement hearing, Michetti admitted to traveling from Pennsylvania to Washington, D.C. on Jan. 5 to attend Trump’s so-called “Stop the Steal” rally on Jan. 6, during which the former president repeated the demonstrably false statement that Joe Biden‘s electoral win was due to election fraud. During that rally, Trump urged his supporters to march to the Capitol and “fight like hell” against Congress certifying the election results.

Michetti apparently did just that and sent texts to his ex-girlfriend throughout the entire afternoon.

Michetti’s ex is identified in court documents as “W1” and described as a person with whom Michetti “had a prior romantic relationship.”

“It’s going down here we stormed the building they held us back with spray and teargas and paintballs,” Michetti texted at around 2:06 p.m., before he actually had entered the Capitol.

“Gotta stop the vote it’s fraud this is our country,” he texted moments later, adding that his eyes were burning and there were “thousands of people storming.”

He ultimately entered the Capitol through the Upper West Terrace door at around 2:35 p.m., some 20 minutes after the initial breach of the building. He made his way to the Capitol Rotunda and took several videos, two of which he sent to his ex.

“We feed your family,” Michetti yelled at the officers, according to Furst. “You are just taking orders, and we pay you.”

At around 3:00 p.m., after briefly entering a stairwell off of a hallway in the building, he was “herded” by police and dispersed into the Rotunda, Furst said.

Closed-circuit camera footage then shows Michetti starting to make his way out of the building, but as he is on the threshold of a doorway, he turned around and started yelling at the police again, Furst said.

He then went back inside the building. He was ultimately seen coming out of the East Rotunda doors at around 3:15 p.m. He was rubbing his eyes, which Furst said indicates that he may have been hit with tear gas.

About an hour later, Michetti text his ex-girlfriend again.

“If you can’t see the election was stolen you’re a moron,” he texted at around 4:26 p.m. “This is our country do you think we live like kings because no one sacrificed anything?” he added, before repeating the false assertion that Trump won the election.

Michetti finally is seen on police body-worn camera footage leaving the Capitol grounds at around 5:26 p.m.

“[T]he election was rigged and everyone knows it,” Michetti texted his ex shortly after 6:00 p.m. “All’s we wanted was an investigation that’s it. And they couldn’t investigate the biggest presidential race in history with mail in ballots who everyone knows is easy to fraud.”

“This is tyranny they say there and told us ‘we rigged the election and there’s nuthin you can do about it’ what do you think should be done?” he asked his ex, who ended up providing copies of the text messages, as well as photos and videos from Michetti, to the FBI.

“Did she get anything wrong?” Cooper, a Barack Obama appointee, asked Michetti directly, after Furst finished going through the Statement of Offense, which detailed the actions that formed the basis of his guilty plea.

“No, she didn’t,” Michetti responded.

The obstruction charge was the most serious charge against Michetti, who had also been charged with four trespassing and disorderly conduct misdemeanors.

Notably, had Michetti been before U.S. District Judge Carl Nichols, his case might have gone a different way: Nichols, a Trump appointee, is the only judge in the D.C. District so far to grant a Jan. 6 defendant’s motion to dismiss the obstruction charge, ruling in March that the statute wasn’t meant to address the actions of Jan. 6 defendants.

Last week, Nichols rejected DOJ lawyers’ request to reconsider that ruling, affirming his belief that a rule of statutory construction regarding ambiguity—in which a statute containing an ambiguity should be resolved in favor of a criminal defendant—applies in the Jan. 6 cases before him.

Editor’s note: this story has been updated to include Michetti’s age and to clarify the charge to which he pleaded guilty.