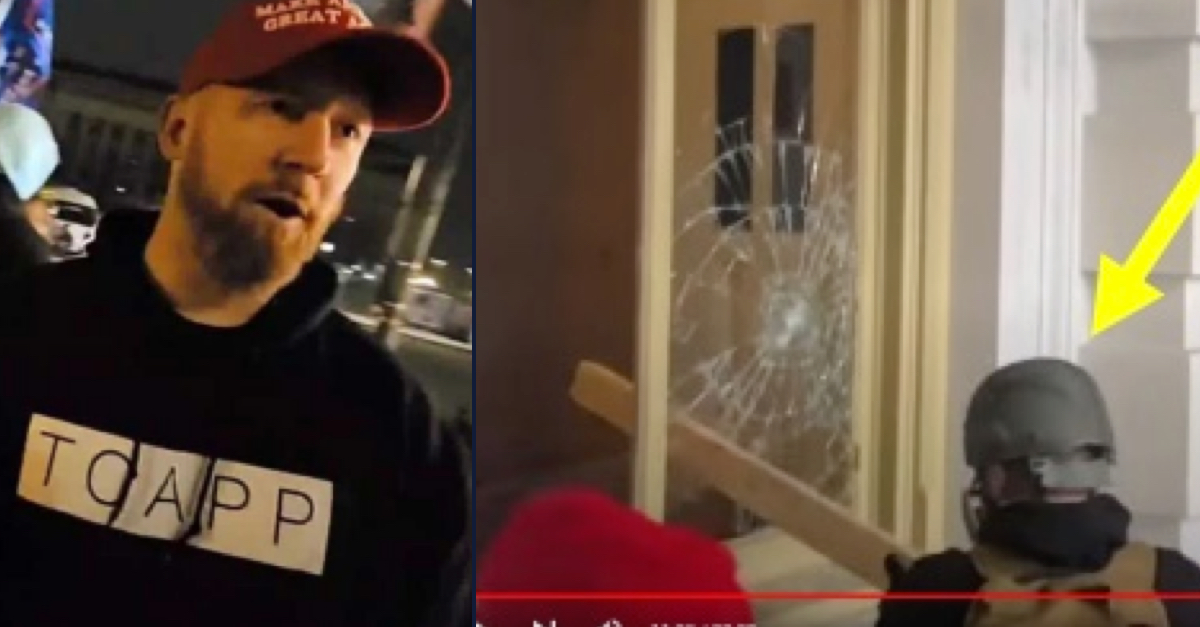 A defendant in the U.S. Capitol attack is now accused of planning to kill law enforcement officers who were investigating him. Tennessee man Edward Kelley, 33, has some company in criminal court. Federal prosecutors charged Austin Carter, 26, as a co-defendant. For example, Kelley wanted to attack the FBI field office in Knoxville, Tennessee, investigators said.

On December 14, 2022, at approximately 3:45 PM, Witness 1 had a recorded call with KELLEY over Service 1. KELLEY started the call by saying: “I just sent Austin [CARTER] a message, here’s your course of action: if I’m extradited to DC or you don’t hear about my status within 24 or 48 hours of my, if they are coming to arrest me again, start it. You guys are taking them out at their office. What you and Austin [CARTER] need to do is recruit as many as you can, call [UI] who you need to, and you’re going to attack their office. If the same thing happens to any of you guys, I’m doing the same thing, okay?” Witness 1 replied, “just to make sure I’m understanding which office, we’re going after the Knox one, right?” KELLEY replied “yes.” KELLEY further told Witness 1 “once you guys have enough people … you don’t have time to train or coordinate, but every hit has to hurt, every hit has to hurt.”

Charges against Kelley and Carter are conspiracy, retaliating against a federal official, interstate communication of a threat, and solicitation to commit a crime of violence.

All this stemmed from Kelley allegedly being among the Trump supporters who stormed the U.S. Capitol building on Jan. 6, 2021 to stop Congress from certifying Joe Biden’s 2020 electoral win. Federal authorities have said he — wearing a gas mask, green tactical helmet, and backpack secured across his chest — smashed a window at the building using a wooden plank, authorities said. He allegedly entered and kicked a door open to let other rioters in. Investigators also say he and two other men got into an altercation with a Capitol police officer, throwing the law enforcement official to the ground. 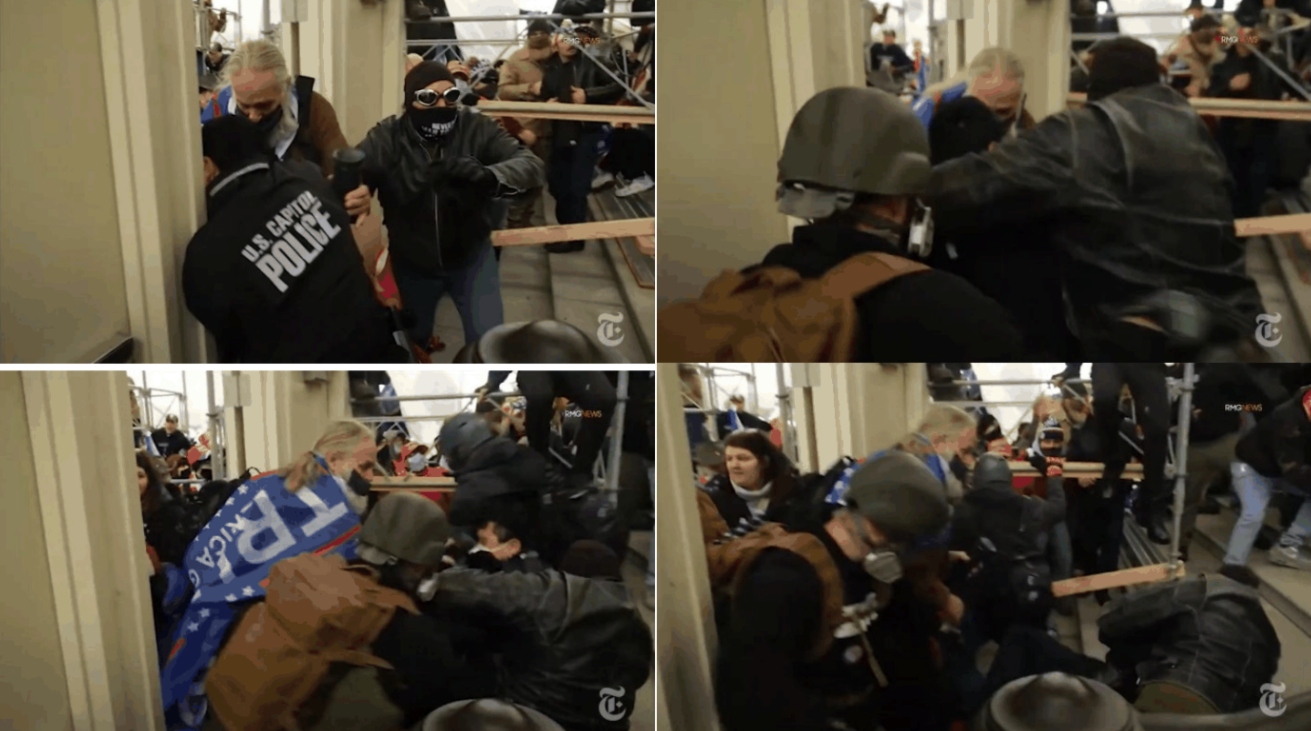 Kelley was among the rioters who followed Capitol Police Officer Eugene Goodman up a set of stairs, and he spoke to him, authorities said. Goodman has been credited with leading the angry rioters away from the direction of the Senate Chamber. 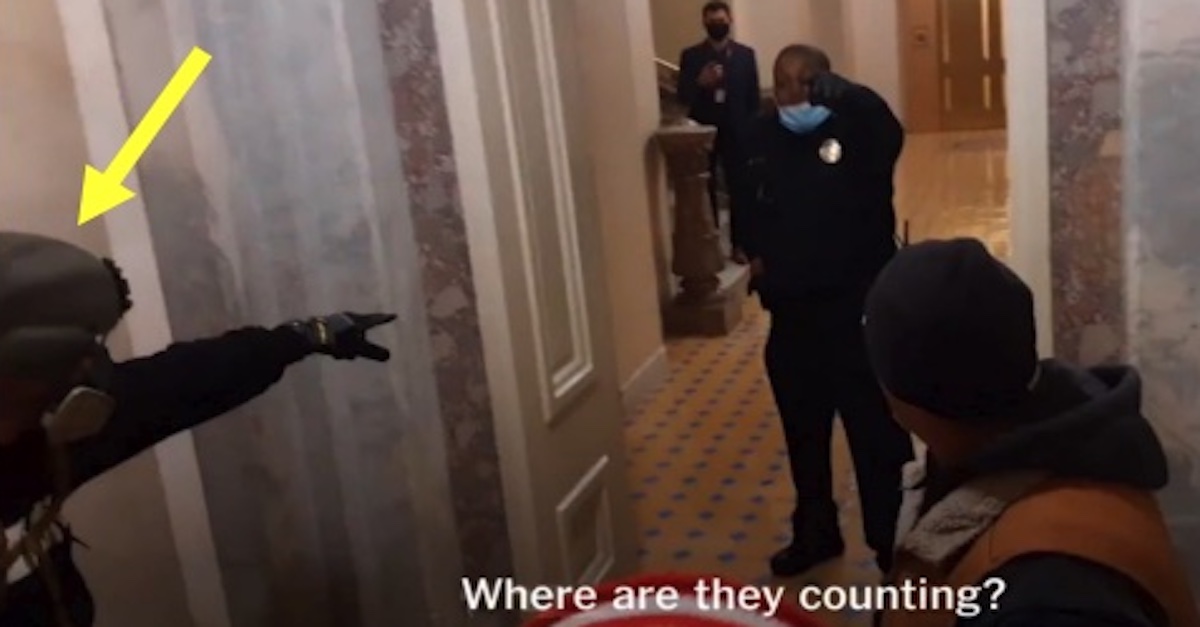 Kelley was arrested in May of this year. From there, things allegedly escalated to him plotting to take out the law enforcement personnel investigating him. He, Carter, and a witness went on a walk through Jarvis Park in Maryville, Tennessee, on Dec. 3. Kelley allegedly made a statement to the effect of, “with us being such a small group, we will mainly conduct recon missions and assassination missions.”

“I don’t have the list now, but I will get you the list later on,” he said, according to documents.

Kelley requested Carter and the witness to get intel on the people on the list, and asked the witness to “reach out to your cop buddies” to dig up information on those people, authorities said. On Tuesday, Carter and witness were at their workplace when Carter gave the witness an envelope containing “the list” and a thumb drive, documents said.

“The envelope contained a printed document titled ‘The list’ with approximately thirty-seven names, positions and some phone numbers of the law enforcement personnel who participated in the criminal investigation of KELLEY,” court documents said. “The list specifically identified which law enforcement officers were ‘present at arrest or home search’ of KELLEY on May 5, 2022. The list appears to be a computer-generated word document. Additionally, the envelope contained a thumb drive of what appears to be video footage from KELLEY’s home security camera from the morning of the search of KELLEY’ s home on May 5, 2022, which depicts at least one law enforcement officer approaching KELLEY’s home.”

The witness stepped forward to investigators with this evidence, authorities said.

Kelley’s attorney of record did not immediately respond to a Law&Crime request for comment.