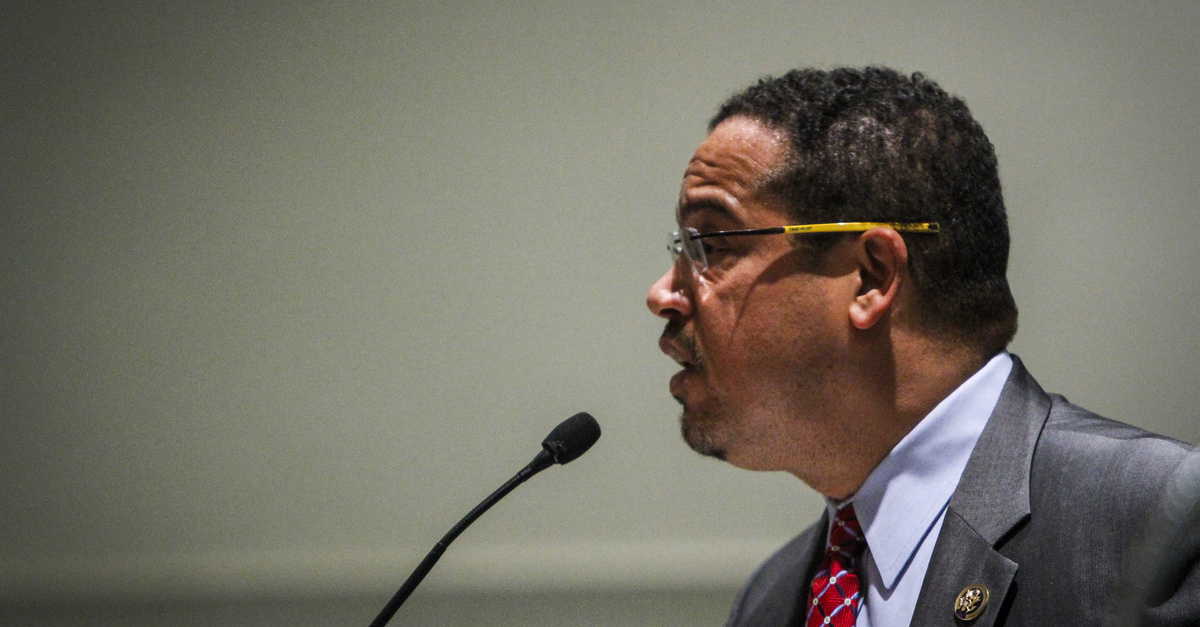 The Minneapolis Police Department has declined to investigate domestic abuse allegations hanging over the head of Representative Keith Ellison (DFL-MN) and will instead attempt to refer the potential case to another jurisdiction.

According to a statement obtained by the Minneapolis Star Tribune:

The conflict of interest is presumed to be the fact that Ellison’s son, Jeremiah Ellison, is a sitting member of the Minneapolis City Council.

The Democratic-Farmer-Labor Party (DFL), Minnesota’s unique variant of the Democratic Party, had requested the police investigation on Wednesday–based on an in-house report conducted by the party into the claims leveled against Ellison by his ex-girlfriend Karen Monahan.

Monahan claims that Ellison conducted a campaign of “narcissist abuse” against her and also alleges one instance of the progressive Minnesota politician pulling her off of their bed by her feet.

Those claims, in one form or another, have bubbled under the surface of Minnesota politics for quite some time, recently became national news after Monahan’s son, Austin Monahan, penned a lengthy Facebook post alleging video evidence of the bed-dragging incident.

Ellison vehemently denies the charges and recently referred himself to the House Ethics Committee for a full investigation.

That 15-page in-house report, authored and conducted by attorney Susan Ellingstad, attributed some weight to both Monahan’s accusations and Ellison’s denials. The report concluded, however, that Monahan’s claims could not be substantiated because Monahan has steadfastly refused to provide video of the alleged bed-dragging incident which she claims to have in her possession.

In comments to the Star Tribune, DFL senior adviser Charlene Briner said her party had sent the report to the Minneapolis Police Department with an ask to “investigate the claims described in the report to determine whether any criminal conduct occurred.”

This request came after two other local agencies declined to pursue an investigation based on the report.

In a letter to Segal, Backstrom wrote that his office would not “review any investigation completed by the law firm retained by the Minnesota DFL Party or any other private investigator without the completion of an investigation by a law enforcement agency.”

The DFL’s now-failed attempt to have local police in Minneapolis investigate the allegations contained in the report was keyed to give Backstrom license to pursue charges if he felt them necessary. Now, that attempt has fallen flat. So far, Monahan herself has not filed criminal charges over the alleged incident.

Andrew Parker is an attorney representing Monahan. On Tuesday, he said his client would “welcome any investigation that is fair and impartial.” Parker kept mum on whether Monahan would file criminal charges.

In a statement of his own, Ellison said that he had “complied with the [Ellingstad] investigation fully, and will do so with any other inquiries.”