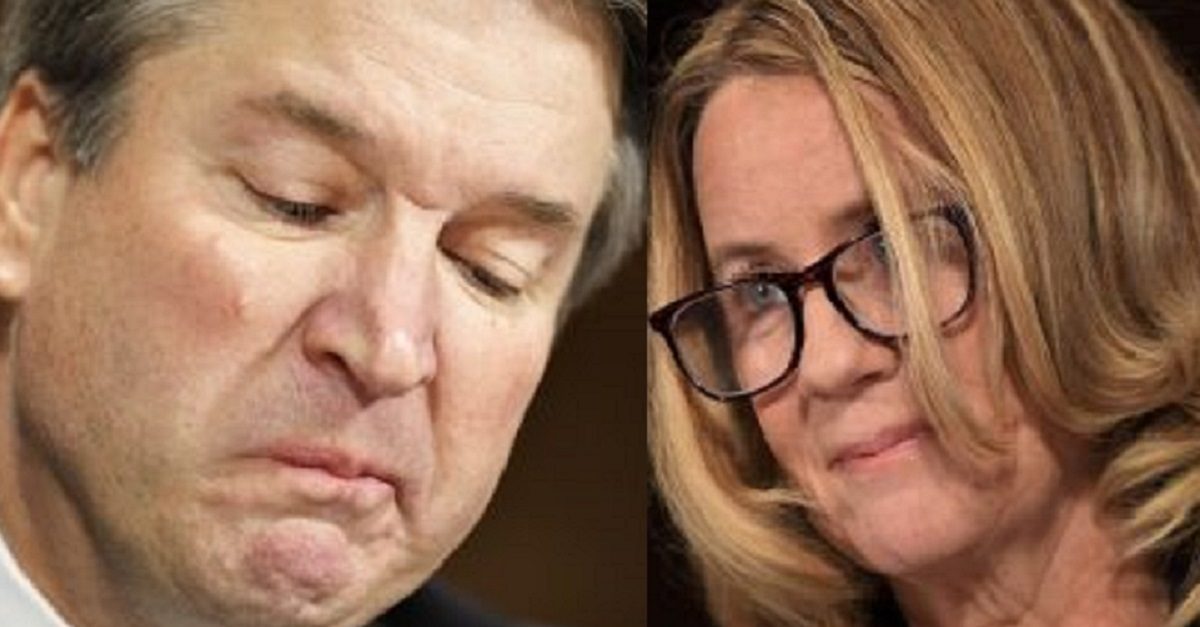 The meaning of the tired, old cliché about truth being stranger than fiction was probably never as clearly captured as it was in the media spectacle created by last Thursday’s testimony of Supreme Court nominee Brett Kavanaugh, and that of his accuser, Dr. Christine Blasey Ford, before the Senate Judiciary Committee. While there is precious little consensus coming out of last week’s questioning of Ford and Kavanaugh, there is one thing that just about everyone seems to be able to agree upon: It was just plain strange.

Of course, what made it so strange remains a source of bitter contention and harsh debate. As people all over the world watched the proceedings, surely many were shaking their heads in disbelief. Some were astonished that such a big fuss was being made over something that may have happened between a couple of high school kids 36 years ago. Some found it awfully peculiar that Ford had waited so long to raise the allegations in the first place. Others were incredulous that they were witnessing a respected judge relentlessly spewing such volatile attacks on those whose mandate it is to assess his suitability. Still others found it odd that this brilliant jurist became so flustered and evasive in response to questions that were marked by their simplicity. And then there was the sheer weirdness that some of the questions were being asked by an outside prosecutor, which gave the hearing an awkward courtroom vibe.

It all just seemed so unreal, and yet we were watching it all play out before our eyes. It was real. It was truly happening. No fiction could have been more strange. You just
couldn’t make this stuff up.

Truth is a fascinating thing. Having spent a career devoted to uncovering it, I’ve learned a great deal about it, and my fascination has never ebbed. The fact that it can be so stunningly strange is certainly part of it. But what really intrigues me about truth is how exasperatingly elusive it can be.

This elusiveness matters—a lot. Truth is the foundation of everything that brings value into our lives, from healthy relationships to life-prolonging products and services. So our failure to overcome its elusiveness can have lasting, damaging consequences. Locating truth becomes essential, but it can be incredibly difficult.

One of the most eye-opening insights about truth I’ve gained over the years is that in attempting to find it, you may get absolutely nowhere by looking for where it is. Many who watched last Thursday’s hearing came away frustrated by their failure to identify that one statement or one obvious indicator that either Ford or Kavanaugh was telling the truth, and it didn’t seem to materialize. What they were missing is the fact that in order to find the truth, you often have to look where it isn’t. Truth, you see, can be found in the absence of lies.

As remarkable as this hearing was for its strangeness, it was, in my opinion, even more remarkable for the ready availability of the answers everyone was seeking. From my view, the clues to the truth we all so desperately wanted to find—whether or not Kavanaugh did what Ford had alleged—were right there in front of us for all to behold. The deceptive behaviors were plentiful.

One needed look no further than the blistering attacks, the repeated evasiveness, and the rigorous effort Kavanaugh devoted to influencing our perception of him. This telling combination of attack, evasion, and persuasion behaviors presented the lie in astounding clarity. Rarely have I seen a case in which the deception was so vividly presented.

Ford, meanwhile, played her own key role in contributing to the deception that characterized the hearing. She exhibited significant evasiveness around her intent, and around what had taken place that prompted her to take the steps that ultimately led to that hearing room. In my opinion, Ford has not been truthful about her motivations for making these allegations against Kavanaugh, nor about the process that brought them to light.

These, then, are the mechanisms through which people accomplish deception. In objectively identifying them, I have no interest in judging either individual, nor do I have any inclination or intent to convince anyone of anything. My goal is simply to help lift the veil of deception for everyone, so that the decision as to whether or not Kavanaugh should be confirmed can be as well-informed as it can possibly be.

What appeared to be the public display of deception by both the accuser and the accused in this case is yet another test of the character of our nation’s political leadership, and it’s a tough one. Rarely have I seen a case in which the search for truth has been so highly politicized, and for good reason. The stakes are enormous. The political prize that will be awarded based on the outcome of Kavanaugh’s confirmation process presents the most compelling opportunity we have seen in years for one political party to gain advantage over the other.

If Kavanaugh is confirmed, it will help galvanize a constituency, likely led by women, that will have a political impact that’s difficult to fully fathom. It will nuclearize the #MeToo movement, and no one should fool himself into believing that the fallout will blow away anytime soon.

If I’ve learned nothing else in my career, it’s that doing the right thing can be extraordinarily difficult. My hope is that what I’ve shared here will make that a little bit easier for everyone.

Phil Houston is CEO of QVerity, a training and consulting company specializing in detecting deception by employing a model he developed while at the Central Intelligence Agency. He has conducted thousands of interviews and interrogations for the CIA and other federal agencies.