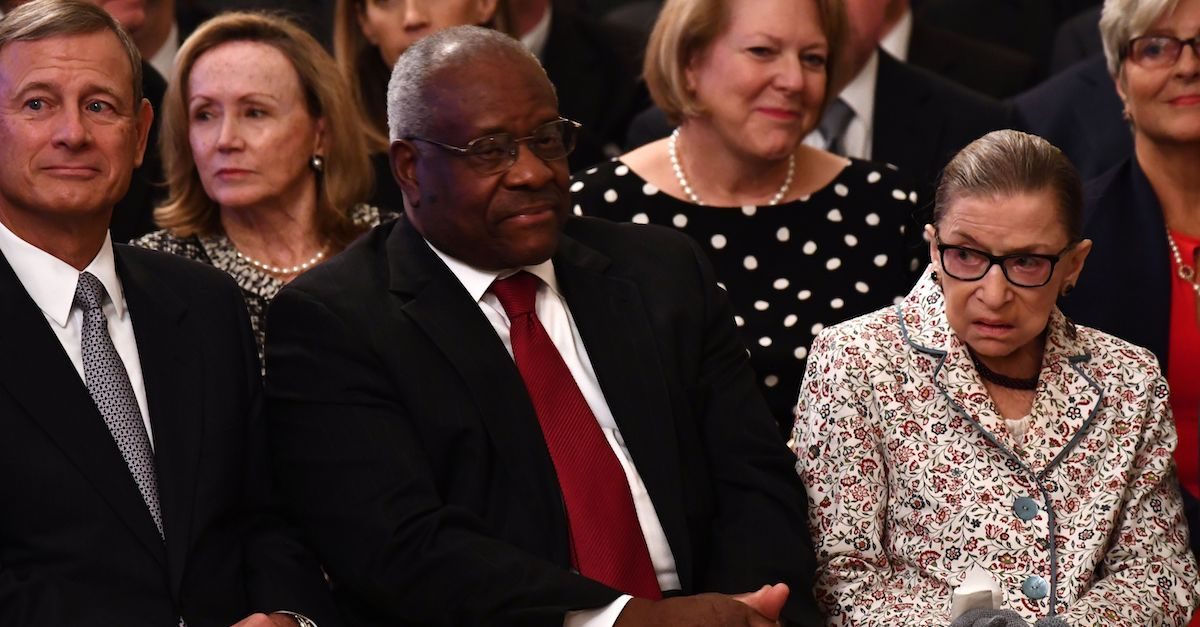 After Supreme Court Justice Ruth Bader Ginsburg’s death at age 87 on Friday, her colleagues on the high court released a series of individual statements paying homage to the storied legal mind and trailblazer. Each of the eight justices expressed deep sadness upon Ginsburg’s passing and respect for her legacy.

Justice Clarence Thomas released a touching statement and tribute to his colleague, alluding to the obvious differences in their jurisprudence while emphasizing civility and decency—rising above the tone and tenor of politicians and the commentariat.

“My wife, Virginia, and I are heartbroken to learn of the passing of our friend, Justice Ruth Bader Ginsburg,” Thomas wrote. “Through the many challenges both professionally and personally, she was the essence of grace, civility and dignity. She was a superb judge who gave her best and exacted the best from each of us, whether in agreement or disagreement. And, as outstanding as she was as a judge, she was an even better colleague – unfailingly gracious, thoughtful, and civil.”

Justices Thomas and Ginsburg previously presided together over the U.S. Court of Appeals for the D.C. Circuit for more than a year, and had grown close over the decades.

“Through her loss of her wonderful husband, Marty, and her countless health challenges, she was a picture of grace and courage. Not once did the pace and quality of her work suffer even as she was obviously suffering grievously. Nor did her demeanor toward her colleagues diminish,” he wrote. “The most difficult part of a long tenure is watching colleagues decline and pass away. And, the passing of my dear colleague, Ruth, is profoundly difficult and so very sad. I will dearly miss my friend. Virginia and I will keep her family in our thoughts and prayers.”

Justices Sonia Sotomayor and Elena Kagan each referred to Ginsburg as a “hero.” Kagan said Ginsburg’s “visionary” work will “endure for as long as Americans retain their commitment to the law.”

Chief Justice John Roberts said Friday on behalf of the Supreme Court that America had “lost a jurist of historic stature.”

“We at the Supreme Court have lost a cherished colleague. Today we mourn, but with confidence that future generations will remember Ruth Bader Ginsburg as we knew her — a tireless and resolute champion of justice,” Roberts said.

You can read all of the justices’ statements below: