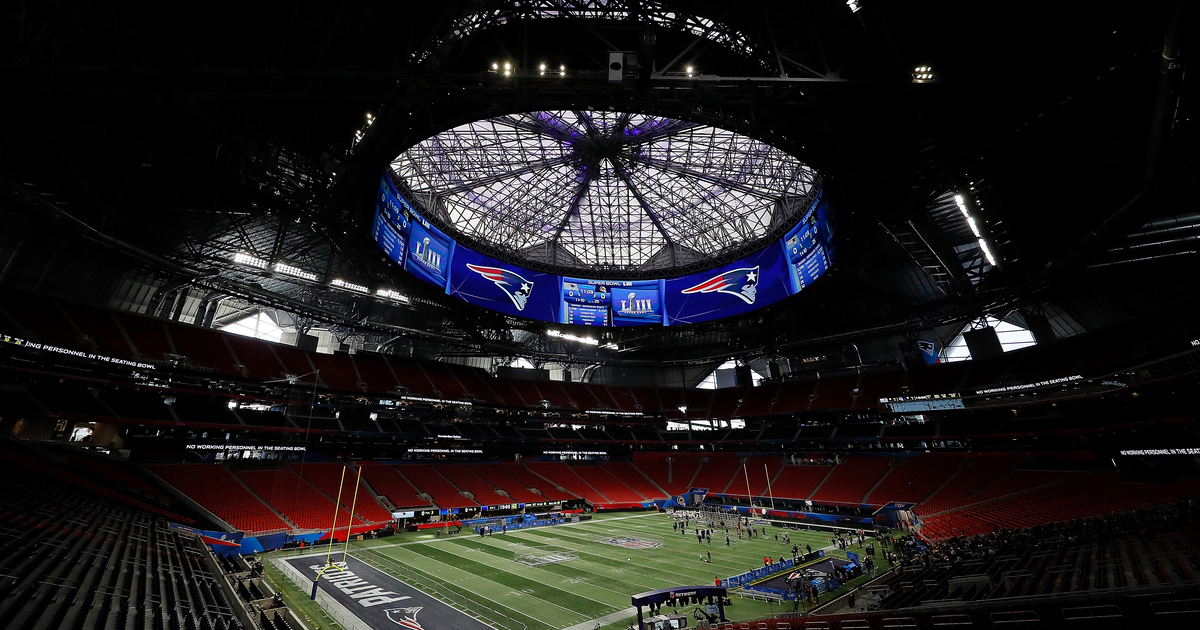 There’s a story going around about the Super Bowl that isn’t supported by data. Every year, some iteration of the claim that the Super Bowl is the number one hot spot for human trafficking is credulously repeated by journalists, law enforcement and politicians. Each and every year, however, that claim is entirely false, according to experts in the field.

Kate D’Adamo is a longtime sex workers’ rights advocate who has worked with various sex worker advocacy groups over the years. She currently serves on the board of directors for the Woodhull Freedom Foundation.

Law&Crime reached out to D’Adamo for comment on the enduring sex trafficking claim viz. Super Bowl LIII in Atlanta.

“Every year, we see the same misinformation used as an excuse to increase policing and surveillance despite constant myth busting,” she said via email. “In Atlanta they’ve already said they’re engaged in sting operations involving more than 40 law enforcement agencies–in a city which has the greatest income disparity in America.”

Many sex workers want their jobs to be treated more or less like other forms of employment under the law.

“Criminalization and the severe stigma attached to sex work gives license to those who commit crimes of violence against sex workers and deny their humanity,” the Red Umbrella Fund notes. “Sex workers would not be at such high risk of violence if they were respected as people and as workers, and if they felt free to seek help and protection without fear of being stigmatized [and] jailed.”

Public health experts are largely in agreement. A near-consensus of the available research and official statements from public health organizations argue that the best way to make sex work safer for workers, clients and society at large is some form of legal sanction.

“[A]ll countries should work toward decriminalization of sex work and elimination of the unjust application of non-criminal laws and regulations against sex workers,” the World Health Organization noted in 2012.

Anti-sex trafficking groups variously come down on either side of this debate–depending on how they view the basic nature of sex work.

The Polaris Project is one of the most prominent anti-sex trafficking groups in the world; they maintain the National Human Trafficking Hotline–which is funded in part by the U.S. public through governmental grants. Polaris makes no distinction between voluntary sex work and coerced sex trafficking–a position heavily criticized by sex workers and public health advocates alike.

But even Polaris doesn’t buy the Super Bowl sex-trafficking story line and a blog entry on their website describes that narrative as one of the “the myths and misconceptions surrounding human trafficking.”

Oppositely, the Global Alliance Against Traffic in Women (GAATW) is a coalition of over 80 non-governmental organizations across the world that views trafficking through a human rights lens and doesn’t prioritize law enforcement solutions. GAATW explicitly distinguishes between coerced and voluntary sex work and works with sex worker organizing groups on the ground.

In 2011, GAATW published an extensive debunking of the Super Bowl sex trafficking myth:

Hyperbolic claims about floods or invasions of 10,000 to 100,000 sex workers to the Super Bowl has been widely repeated by American media, as has Texas Attorney General Greg Abbott’s unfounded claim that “the Super Bowl is one of the biggest human trafficking events in the United States.”

GAATW’s 75-page report actually found that cities hosting the Super Bowl tend to arrest around the same number of prostitutes as usual–even though such cities heavily increase their law enforcement attention to prostitution in the weeks leading up to the big game.

The largest victim-services non-profit in the United States is SafeHorizon. They don’t officially take sides in the ongoing sex work debate. And they’re fed up with the Super Bowl sex trafficking myth as well.

“The Super Bowl is often referred to as the single largest human trafficking incident in the United States,” SafeHorizon notes. “This simply isn’t true. The Super Bowl sex trafficking hype is just that. It’s a myth based on speculation and not hard numbers.”

One of the most common [claims] is that in 2010, allegedly more than 10,000 exploited women and girls were trafficked to Miami for the Super Bowl.

This number is false. It has been incorrectly attributed to The National Center for Missing & Exploited Children which denied the statistic in a statement, noting that “No one knows with certainty the exact number of children exploited through sex trafficking in the United States or during events like the Super Bowl.”

But this doesn’t just harm people who trade sex–it lets everyone ignore that this event is run on temporary, precarious and exploitative labor. It says that anti trafficking work is a sting operation and [ignores] the hospitality workers, striking metro workers and concession sellers whose sweat will be exploited over the next week for an event that will make the NFL hundreds of millions of dollars.