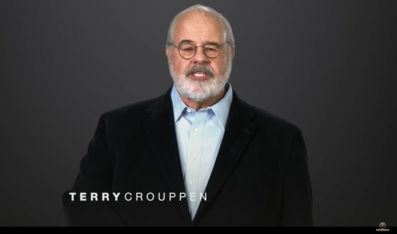 A St. Louis attorney often seen on local television screens as the result of what seems like a 24/7 ad blitz for his personal injury firm is getting attention for one of his ads again, but not for what you might expect.

Attorney Terry Crouppen purchased a Super Bowl ad that aired in local markets which took direct aim at the now Los Angeles Rams owner Stan Kroenke over his decision to move the Rams back to L.A.

“We were loyal to our football team.  We bought their tickets, wore their jerseys, drank their overpriced beer.  We cheered them year after losing year.  And in return, they trashed us and left us,” Crouppen angrily snarls over dramatic music playing in the background.

“Stan, you’re worth $8 billion.  That’s not enough?” he asks contemptuously.

The ad closes with Crouppen offering Kroenke some free advice:

“Just because it is legal and you’re rich enough to do it,” he sneers.

#SlamStan hashtag appears on screen and the dramatic music builds to a crescendo — Cut to close up of Crouppen’s face.

“That doesn’t make it right!”