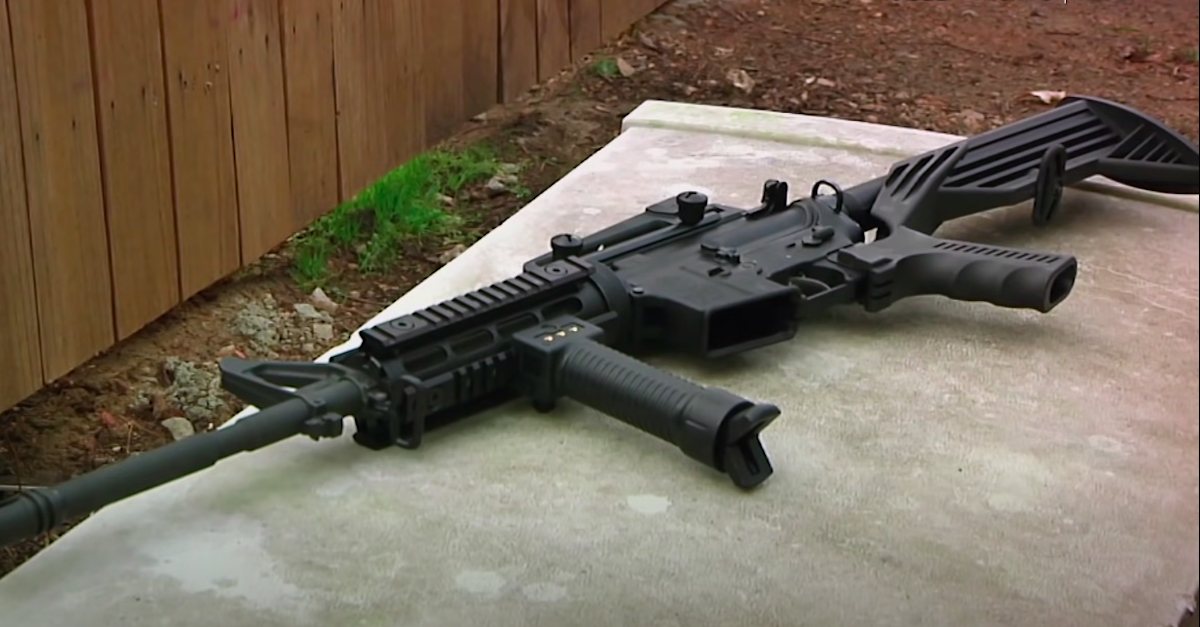 A federal appeals court on Thursday sided with a coalition of gun advocacy groups by ruling that the Bureau of Alcohol, Tobacco, Firearms, and Explosives (ATF) cannot classify bump stocks as machine guns for the purpose of federal firearm regulations.

Bump stocks are devices designed to assist a shooter by increasing a firearm’s rate of fire. They reuse the gun’s recoil energy, thereby allowing a standard rifle to shoot continuously if the trigger is pulled once and constant pressure is maintained.

The device was infamously used by the gunman who opened fire during an outdoor concert from the 32nd floor of a Las Vegas hotel room in Oct. 2017, killing 58 people and wounding more than 500. The tragic incident led to strong public support for outlawing bump stocks. In 2018, the ATF reinterpreted a statute outlawing machine guns to also include non-mechanical bump stocks. Under the rule, those in possession of the device could face felony charges and potential incarceration.

The groups sought an injunction preventing the rule from taking effect but were denied by a Michigan district court in 2019. The court held that the ATF was entitled to Chevron deference in interpreting its classification of bump stocks.

The term comes from the 1984 Supreme Court case Chevron U.S.A. v. Natural Resources Defense Council. There, the justices held that federal agencies are entitled to have courts “defer to” said agencies’ “reasonable interpretations of ambiguous statutes,” as those in the agency are more likely to have expertise in the subject matter. Essentially, federal agencies are afforded wide discretion to interpret statutes as they see fit, provided the interpretation does not directly conflict with something specified by Congress.

But in a 2-1 decision, a three-judge panel on the U.S. Court of Appeals for the Sixth Circuit on Thursday held that criminal statutes, such as those involving the bump stock, are not entitled to Chevron deference.

“Whether ownership of a bump-stock device should be criminally punished is a question for our society. Indeed, the Las Vegas shooting sparked an intense national debate on the benefits and risks of bump-stock ownership. And because criminal laws are rooted in the community, the people determine for themselves—through their legislators—what is right or wrong,” the court wrote. “The executive enforces those determinations. It is not the role of the executive—particularly the unelected administrative state—to dictate to the public what is right and what is wrong.”

The court also reasoned that allowing executive agencies to interpret criminal statutes with Chevron deference would result in a violation of separation of powers.

“Even under a well-balanced system, the power of the federal government, particularly the executive branch, is formidable. No matter how well-prepared a defendant may be, his defense will pale in comparison to the resources, institutional knowledge, and personnel available to the federal government,” the court wrote. “If we defer to the federal prosecutor’s interpretation of a criminal statute, this imbalance becomes even more lopsided. Whatever separation-of-powers issues are created by the delegation of civil lawmaking, the problems are much more profound when the matter involves criminal legislation.”