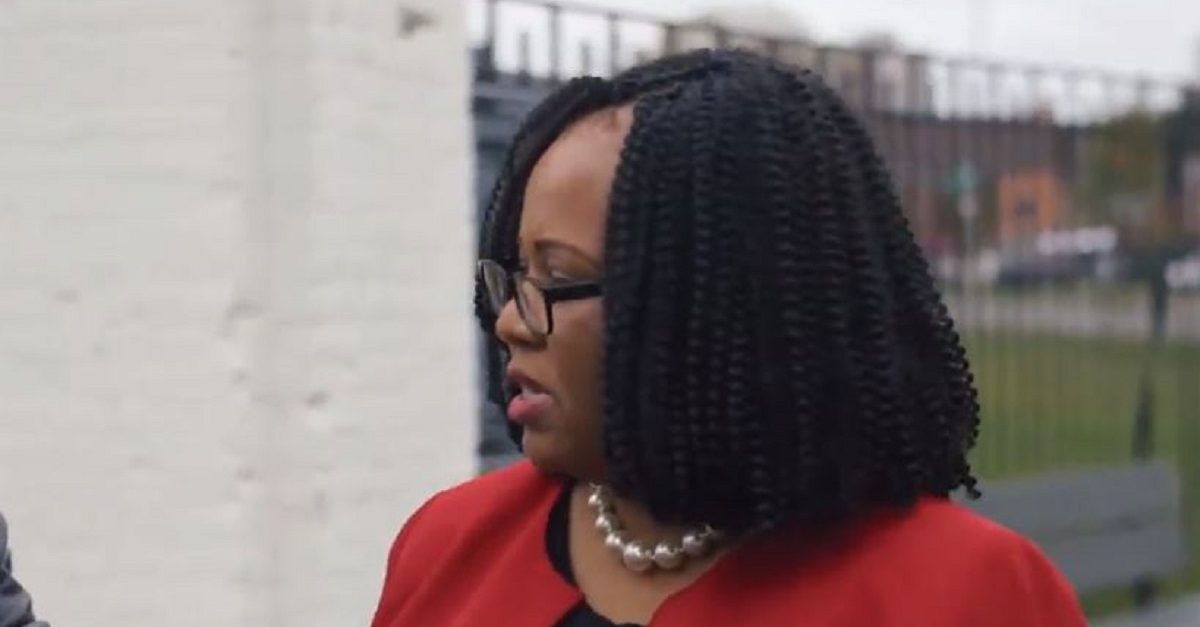 A newly-elected politician in New York City had to do some damage control after a woman linked to her transition team posted an anti-Semitic comment on social media. Incoming Brooklyn Assemblywoman Mathylde Frontus (D) called out Soya Stewart after Stewart blamed Jewish people for the woes of the New York City Housing Authority (NYCHA).

““Nycha [sic] don’t give a damn it’s run by Jews they just gonna flip there [sic] money and there will be no charges brought up against any of them and all this is all criminal,” Stewart wrote in a comment that has since been deleted, according to the New York Post.

In reality, NYCHA is run by a seven-person board that includes three tenants. Members are appointed by Mayor Bill de Blasio.

When the comment was taken down for violating Facebook’s standards, Stewart commented on that too.

“Wow this is a comment that is hate speech lol crazy.”

“Her comments were not only shocking, hurtful and inaccurate, they perpetuate harmful racial stereotypes which groups in our society often have about one another,” Frontus told the Post.

Stewart later apologized for the remark when contacted by the newspaper.

While Stewart was listed as being part of Frontus’ transition team in November, Frontus distanced herself from the woman, claiming that she was not an active member of the committee, and that her name will be removed from the list.

“I strongly condemn the comments and would like to clarify [that] although Ms. Stewart’s name was listed as a member of my transition team, she has never attended any meetings . . . and she will play no official role in my office,” Frontus said.

During her campaign, however, Frontus seemed very happy with Stewart. A Facebook post on Frontus’ page from August 2 had a picture of the two women with a comment saying that Stewart was “an instrumental voice in this campaign,” and that Stewart “is an excellent communicator” whose “people skills … engage and empower community members.”

In a new Facebook post, Frontus said, “I have already condemned the comments and would like to reiterate that I’ve been fighting against racial intolerance for most of my life. …  I am hearing all of you and hope that you’ll continue to hold me accountable for my own words, actions and soon-to-be legislative record.”