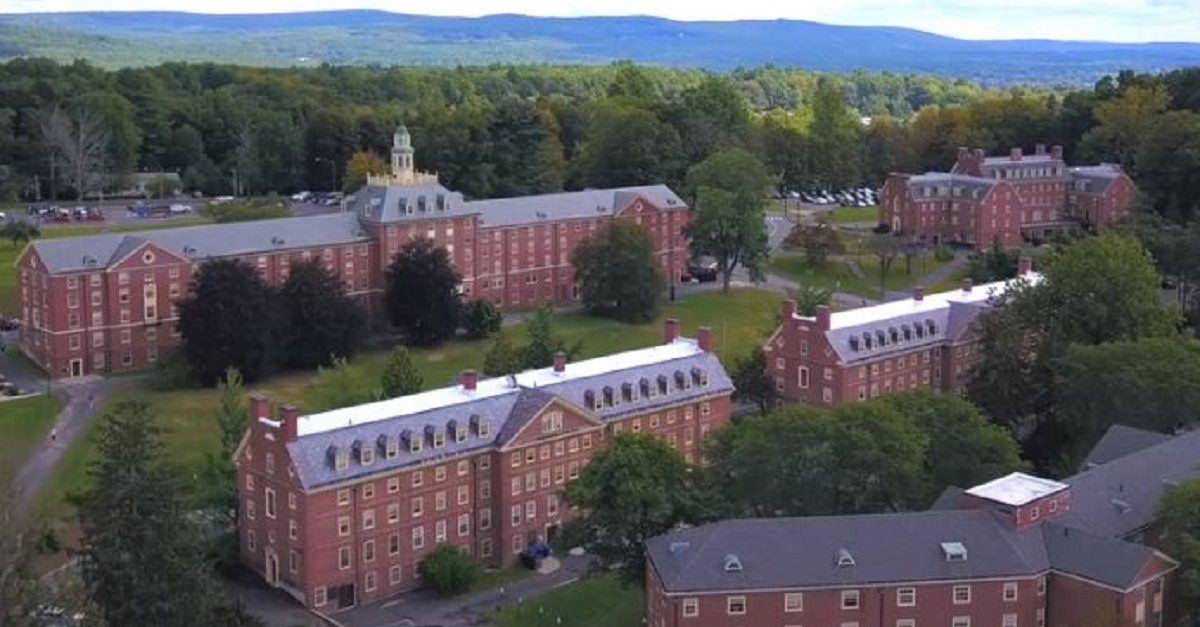 A student at University of Massachusetts Amherst took a bold stance against a hateful display on campus, only to find that her school wanted her to stop. Now the university is sending a different message.

Nicole Parsons a junior at UMASS, told BuzzFeed News that she was upset when someone drew a swastika on her resident advisor’s door. The Nazi emblem was scrawled over a “Happy Hanukkah” sign the RA had outside their dorm room. In response, Parsons created a sign of her own, which she hung in the window of her room. It read, “FUCK NAZIS YOU ARE NOT WELCOME HERE.”

“I thought maybe if I hang the sign up, maybe the person who drew the swastika will see it and see someone condemning their actions, even if the administration doesn’t do it,” Parsons told BuzzFeed.

As it turned out, the school administration took notice, but not for the reason she expected. She received a letter from a university residence director, asking her to take down her sign, and not because of the profanity.

The residence director said he had received a phone call about the sign. “From this conversation it appears to be that the sign in mention can be paraphrased as: “Nazis are not welcome here,” the email said. “There are some in the community who have expressed that that the sign should be taken down as it has created mixed emotions in the community on how to proceed, issues of inclusion, and the ability to be active members of their community.”

The email went on to say that while the sign is protected as free speech and the school is not demanding that Parsons remove it, “I am asking that you or your roommate take the sign down so that all students can be a part of an inclusive residential experience[.]”

Parsons said she “was in absolute shock” when she read the email. “This email tells me the university cares more about the feelings of Nazis than the safety of their students.”

UMASS Amherst addressed the matter in a Facebook post calling the residence director’s email “poorly worded,” and saying that “it should not have been sent,” as it does not represent the university’s values.

The school did note the sign’s profanity, which they said could be inappropriate to some people, but they still said that the sign can remain.

Parsons said she eventually took the sign down because her roommate didn’t like the attention it was drawing.