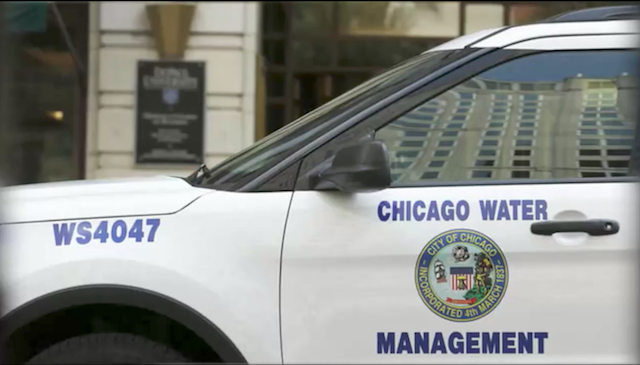 A Chicago city official was forced to resign after multiple racially bigoted emails came to light as the result of a months-long investigation into illicit materials being sent across the Department of Water Management‘s municipal email network.

One of the offending emails was sent with the subject line of “Chicago Safari Tickets” and reads, in part:

“If you didn’t book a Chicago Safari adventure with us this 4th of July weekend this is what you missed, [and then lists the number of people shot in various black neighborhoods throughout Chicago]…Remember all Chicago Safari packages include 3 deluxe ‘Harold’s Chicken’ meals a day…We guarantee that you will see at least one kill and five crime scenes per three day tour. You’ll also see lots and lots of animals in their natural habitat. Call and book your Chicago Safari today.”

Included with the “Safari Tickets” email was an image of four white people wearing safari gear gawking at and photographing several black people apparently attempting to break into a car.

That city official, formerly employed as a superintendent with the Department of Water Management, a position that pays more than $122k per year, was identified by the Chicago Tribune as Paul Hansen, a politically-connected son of a former longtime alderman (Bernard Hansen) famous in Chicago for his role in a city-wide controversy surrounding the Chicago Cubs’ battle for lights at Wrigley Field.

The younger Hansen was originally being investigated by Chicago Inspector General Joe Ferguson on allegations that he had used his municipal email account to facilitate the purchase and sale of multiple firearms. Over the course of that investigation, Ferguson discovered that Hansen had, in fact, used his city email account to negotiate no less than four firearms deals and five car deals with unnamed individuals.

In one quarter year, Hansen also allegedly used his city computer to view sexually explicit videos and other websites not related to city business on thousands of instances. Ferguson stumbled upon the racist materials only recently.

Along with the “Safari Tickets” email were images of a young black child sitting in a bucket holding a slice of watermelon captioned: “As an apology — Paula Deen Opens Swimming Pool for Youth.” (Food personality Paula Deen–and her high-cholesterol, calorie-heavy brand–became a flashpoint in U.S. race relations in mid-2013 after the disgraced television personality admitted to using the N-word in the past.)

Another Hansen email contained an image of a Ku Klux Klan robe sitting on a post amidst a field of watermelons with the subject line: “Watermelon Protection.”

Though most recipients of the offensive emails are not known to the public, Hansen isn’t the only one subject to the chopping block; Thomas Durkin, the general foreman of plumbers, was forced to resign after sending emails referring to Muslims as “rag head cocksuckers,” and to black people as “wild animals,” respectively.

The most high-profile head, however, is (now former) Water Management Commissioner Barrett Murphy, once head of the department, and a close ally of Chicago Mayor Rahm Emmanuel. Murphy knew about the scurrilous contents of the emails–since he received them–but reporetedly did nothing to discipline his underlings.

The Chicago Sun-Times notes that the Department of Water Management has a long and torrid history, and referenced the department’s “ugly, hate-filled culture” in a report released earlier this month.

Rahm Emmanuel has not been personally implicated in the scandal so far, though, for some reason his aides have seen fit to defend the mayor in public. LawNewz.com will have more on this story as it develops.