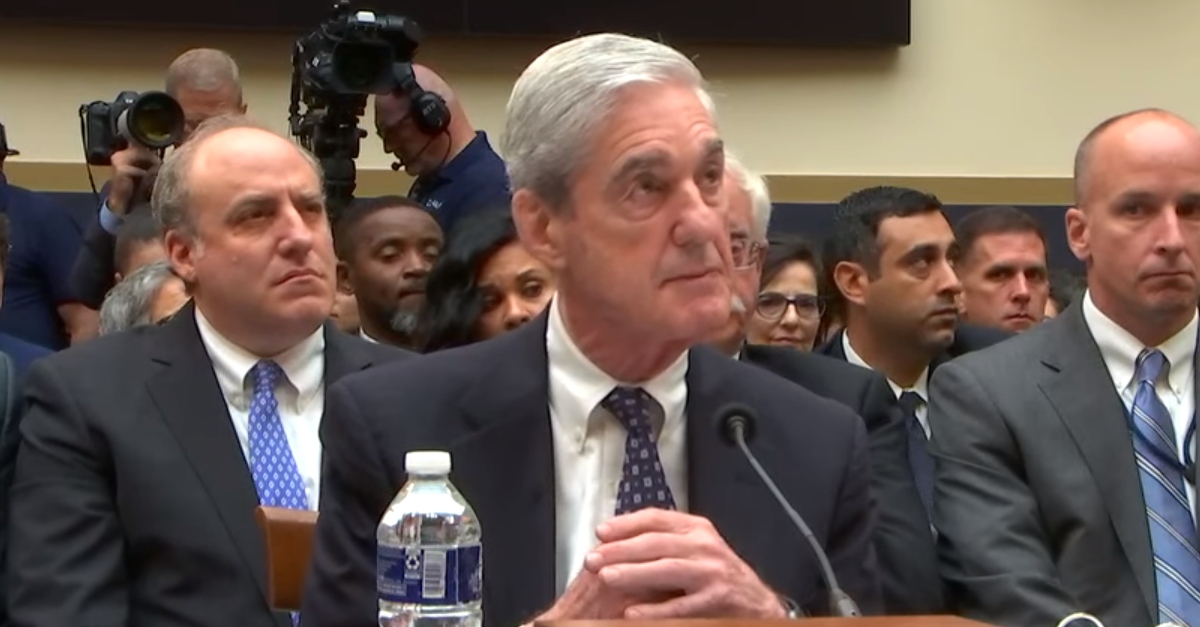 Supporters of Special Counsel Robert Mueller are pushing back at criticism that he fumbled his testimony before Congress on Wednesday.

“The was such a sprawling investigation,” a source told The Washington Post in a Saturday profile. “For one person to know every single detail and be completely up to speed on every granular piece of information, I think is just unreasonable.”

This person is described as someone “familiar with the case.” They and others who talked to the Post reportedly did so on condition of anonymity because they didn’t have permission to discuss the special counsel’s work or the internal discussions between his team and Congress. (A Mueller spokesman declined to comment in this article.)

These sources argue that he’d being held to an unfair standard by those who wanted to use the testimony for political leverage. Sources said that his team insisted to Congressional staffers that he was fine. Some people in the Post report insisted that Mueller was an engaged leader: two of them said he worked up to 10 hours a day, attended every meeting with his team leaders, and seemed attentive. One person said Mueller was “present, and he was very clearly running the office.”

In his testimony before the House Judiciary and Intelligence Committees, Mueller reiterated the major findings of his investigation, including that Russia interfered with and continues to threaten U.S. elections, and that President Donald Trump was not exonerated. Mueller acknowledged as true that POTUS wanted him fired for investigating obstruction of justice, and that POTUS can be prosecuted after leaving office.

But the halting nature of his testimony led some observers–critics and supporters alike–to wonder if he’s okay. Some opponents have latched onto this as ammunition in a bid to attack the credibility of the special counsel’s final report.