Texas Immigration Law Smacked Down For Violating Rights of Cops 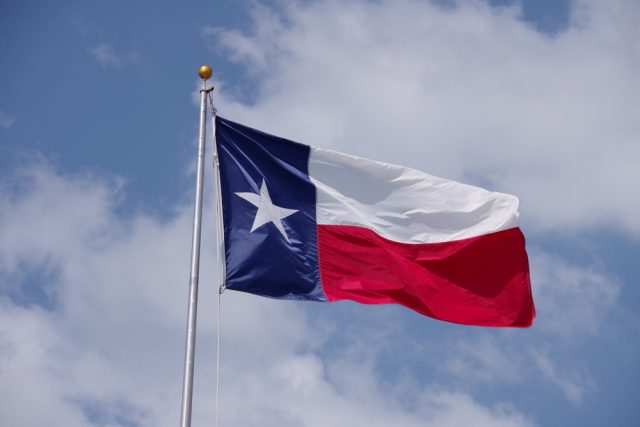 Yesterday, a federal judge in Texas temporarily halted the implementation of a controversial Texas immigration law, ruling, among other things, that the law illegally restricted freedom of speech. Critics of the law are celebrating for now, but this complex battle is far from complete.

Immigration, at its heart, is a federal issue governed primarily by federal law. However, because local law enforcement agencies are the direct point of contact for the immigrant community, there is a significant state and local component to the overall framework of immigration law and its enforcement. Many state and local police departments have formal or informal policies that limit the extent to which they will actively facilitate immigration enforcement at the local level; while “sanctuary cities” have become a hot political topic in recent years, many within the law enforcement community have been unwavering in their position that local discretion is necessary to effect safe communities.

Texas Senate Bill 4 (“SB-4”) seeks to strip cities and their law enforcement agencies of their authority to set their own policy with respect to immigration enforcement. Under the bill, cities and counties would be prohibited from adopting policies that limit immigration enforcement, police officers would be specifically permitted to question the immigration status of anyone they detain or arrest, and local officials would be obligated to cooperate with “immigration detainer requests” to transfer foreign-born detainees to federal custody after they’re released from state custody. SB-4 also threatens non-compliant officials with fines, jail time, and removal from office. Essentially, the bill directs the entirety of Texas law enforcement to do things the way the Trump administration prefers.  The full text of the bill is available here.

As with most national/local turf battles, several Texas cities were less than thrilled with losing their discretion under SB-4. Several cities, including Houston, Austin, San Antonio and Dallas, as well as several law enforcement leaders, the Texas State League of United Latin American Citizens, and the ACLU joined together in a lawsuit to bring down SB-4. City of El Cenizo, Texas, v. State of Texas was filed in the Western District of Texas, San Antonio Division in late May; yesterday’s preliminary injunction was the first indication of what may be to come in this lawsuit.

Those seeking to invalidate SB-4, many of whom are law enforcement professionals, criticize not only the potential harmful effects the law would have on immigrants themselves, but also the practical negative impact on police work generally. Paul Reyes, mayor of El Cenizo made the following statement at the lawsuit’s start:

“As the leader of a diverse community along the south Texas border, I am challenging SB4 because it will undo the decades of work to build trust with the immigrant community and to use our scarce resources to increase public safety. We will not be part of Trump’s deportation force. This lawsuit will give a voice to the people and families that live in fear because of SB4.”

Judge Orlando Garcia’s ruling yesterday was a temporary, preliminary one – but one that was necessarily based on “likelihood of success on the merits” of the case. In his ruling, Judge Garcia agreed with the plaintiffs’ take on SB-4’s violation of First Amendment rights. Finding that punishing officials who exercise legal discretion amounts to violating their right to free speech, Judge Garcia wrote the following:

“The government may disagree with certain viewpoints, but they cannot ban them just because they are inconsistent with the view that the government seeks to promote.”

“The court was right to strike down virtually all of this patently unconstitutional law. Senate Bill 4 would have led to rampant discrimination and made communities less safe. That’s why police chiefs and mayors themselves were among its harshest critics — they recognized it would harm, not help, their communities.”

Although the lawsuit shines a light on ideological differences at the national versus local levels, the litigation itself is between municipalities (many of which are led by Democratic mayors) and the State of Texas (led by Republican governor, Greg Abbott) over a bill passed by a Republican-controlled legislature.

Terri Burke, executive director of the ACLU of Texas, had harsh words for the law and its proponents:

“The Texas legislature has a reliable history of ignoring the Constitution when writing law, and we’re thankful the court blocked SB4 before it could do irreparable damage to our communities. But we do not expect Gov. Abbott or Attorney General Ken Paxton to yield easily. This fight isn’t over yet, so we call upon law enforcement, local officials, and supporters who have fought so hard to stop this law not to let up until SB4 is well and truly dead.”

We will continue to keep you updated as this case progresses.