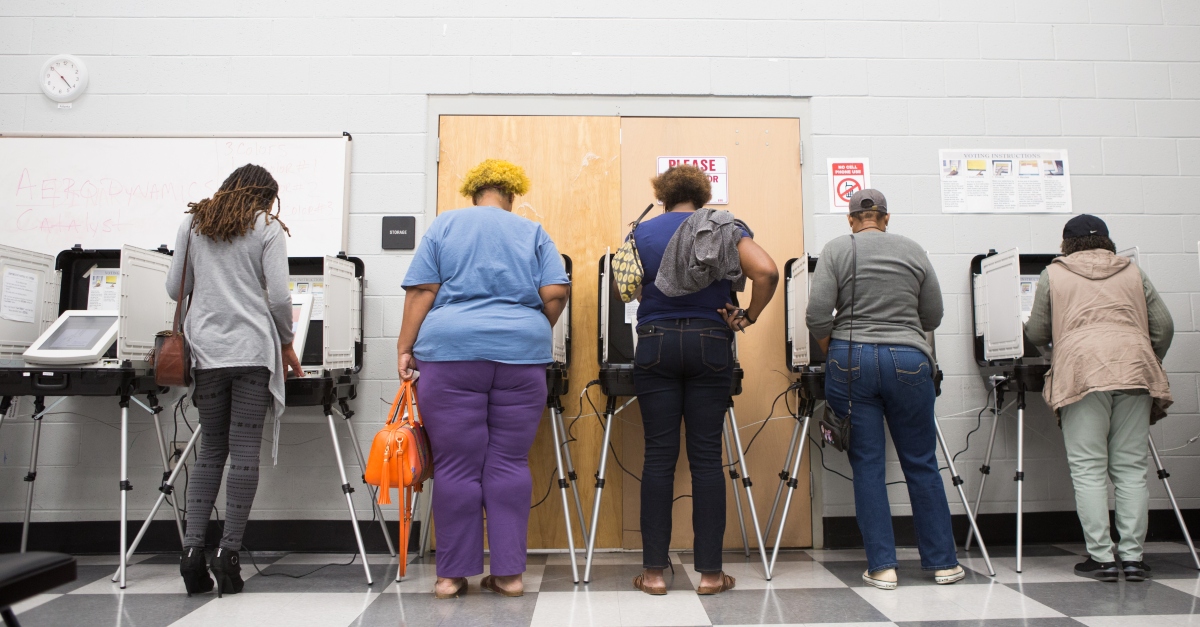 The office of Georgia Secretary of State Brian Kemp will investigate allegations that DeKalb County officials lost 4,700 absentee ballot applications, according to WSB-TV. It’s a pretty awkward turn of events, amid ongoing fears of voter supression aimed at black voters expected to vote for Democratic candidates.

Kemp is both the Georgia Secretary of State and the Republican gubernatorial nominee. Not only has Kemp previously dismissed voter suppression as a “farce,” he also said he wouldn’t recuse himself if the race between him and Democratic nominee Stacey Abrams ended in a recount.

The Georgia Democratic Party claimed that thousands voters didn’t get their absentee ballot forms, but the DeKalb County elections board chairman said there is no evidence of “missing or lost absentee ballot request forms.”

“After reviewing the list of names, there is only evidence that the county received 50 of those voter absentee ballot request forms,” he wrote. “All 50 of those forms have been processed. At this time, there is no evidence that there are any missing or lost absentee ballot request forms. The Elections Department receives request forms daily and processes them within three days of receipt. At this time there are approximately 250 forms pending processing.”

This contradicts sources in a just-released report from the New York Times. People familiar with the conversation said that county officials talked about the missing applications with Democratic voter protection officials, and promised to call the voters about the mistake.

“The Democratic Party of Georgia learned from voters calling our voter protection hotline that 4,700 voters in DeKalb County who requested mail-in ballot applications did not receive ballots from the county board of elections,” state Dems said in a statement to WSB-TV. “We have USPS scans that show 4,700 ballot applications were delivered, but the county board has only been able to find 48 of them.”

The Georgia Secretary of State’s office said they don’t have evidence of missing absentee ballot requests, but take allegations seriously, and are waiting for the Democrats to give them any proof.

Audio reported by The Rolling Stone showed Kemp expressing concern about Abrams’s voter mobilization campaign, “especially if everybody uses and exercises their right to vote.”

A federal judge on Wednesday issued a temporary restraining order to stop Georgia officials from throwing out voter registration applications and absentee ballots featuring signatures that allegedly did not match signatures already on file.

[Image of voters in Atlanta via Jessica McGowan/Getty Images]