Fmr. CIA Director: Trump Will Need His ‘Own Damn Bucket’ to Waterboard 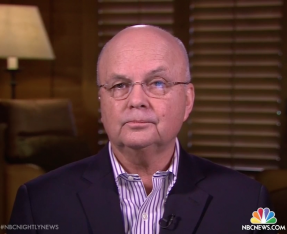 When asked in a recent interview to address recent comments made by Donald Trump about bringing back waterboarding, Hayden reiterated a line he first used in a Showtime documentary released this past fall called The Spymasters — CIA in the Crosshairs, saying, “Like the man said, if you want somebody waterboarded, bring your own damn bucket.”

Hayden is not the only current or former CIA official that feels this way, according to a new NBC News report.  John Rizzo, a former top lawyer at CIA, and Bill Harlow, a former CIA spokesman, told the network that they have spoken to several current and former CIA officials who share Hayden’s feelings and the general consensus around the agency is that even if the country was attacked and Congress passed a law specifically authorizing EITs, nobody at the agency would carry out the order.

According to the report, many in the intelligence community think it would be useful to return to a policy of capturing and interrogating terrorists.  As a result of the controversy surrounding the issue, however, few, if any, are willing to take on the risks associated with such an approach.