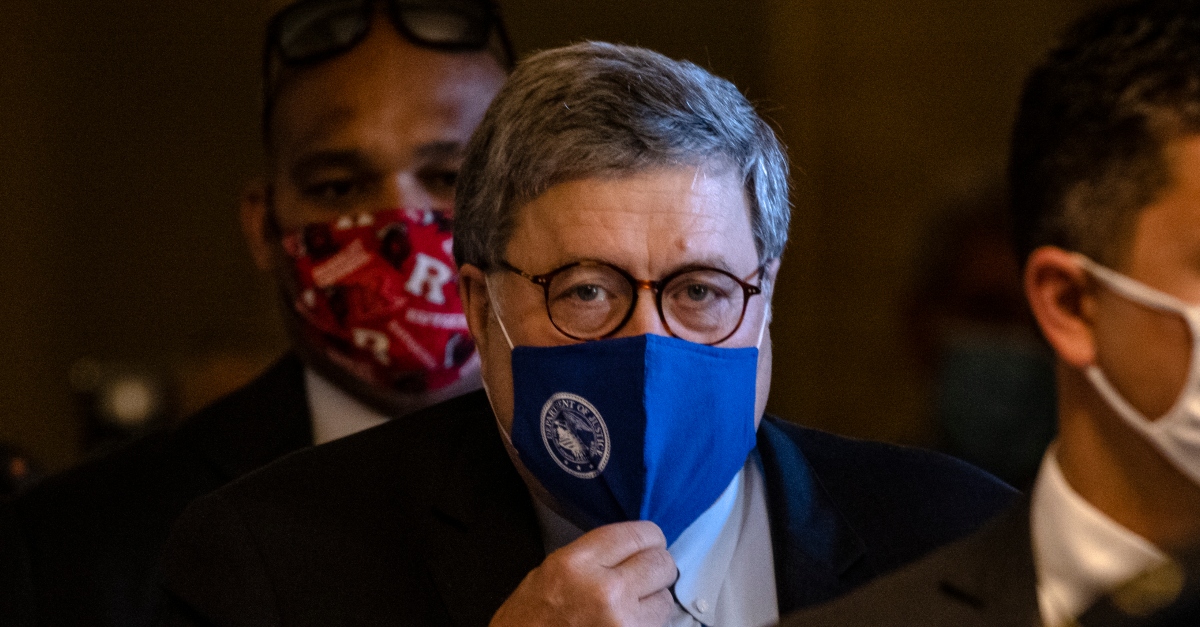 There’s been a lot of public chaos during the Trump administration, but in that tumult, a kind of consistency. Case in point: friction between the president and a supportive attorney general. Three people familiar with William Barr‘s thinking said the current AG is pondering whether to resign before the end of Donald Trump‘s term, according to The New York Times. A source “with knowledge of the matter” told CNN the same thing.

The sources are not giving same account of why he would be leaving. CNN’s insider attributes this to Trump, saying Barr “is not someone who takes bullying and turns the other cheek!” but the AG has yet to decide whether to leave early. One of the Times sources said, however, that Trump did not influence the AG on this matter. Another source said Barr had finished the work he planned on doing.

A Times source said that the resignation could happen before year’s end. Law&Crime has left comment with the Department of Justice.

An early resignation would come at a pretty notable time. Contrary to the president’s repeated assertions, Barr recently said the Department of Justice did not find evidence of widespread voter fraud that could change the result of the 2020 election.

“There’s been one assertion that would be systemic fraud and that would be the claim that machines were programmed essentially to skew the election results,” he told The Associated Press in a December 1 report. “And the DHS and DOJ have looked into that, and so far, we haven’t seen anything to substantiate that.”

“With all due respect to the Attorney General, there hasn’t been any semblance of a Department of Justice investigation,” they said.

If Barr does resign early, at least it was on his own terms. Trump’s first AG, Jeff Session, went from being the iconoclast president’s earliest supporter in U.S. the Senate to becoming the one of the commander-in-chief’s figurative punching bags.