Cops Track Down Stolen Krispy Kreme Van, Get Loads of Donuts as Reward 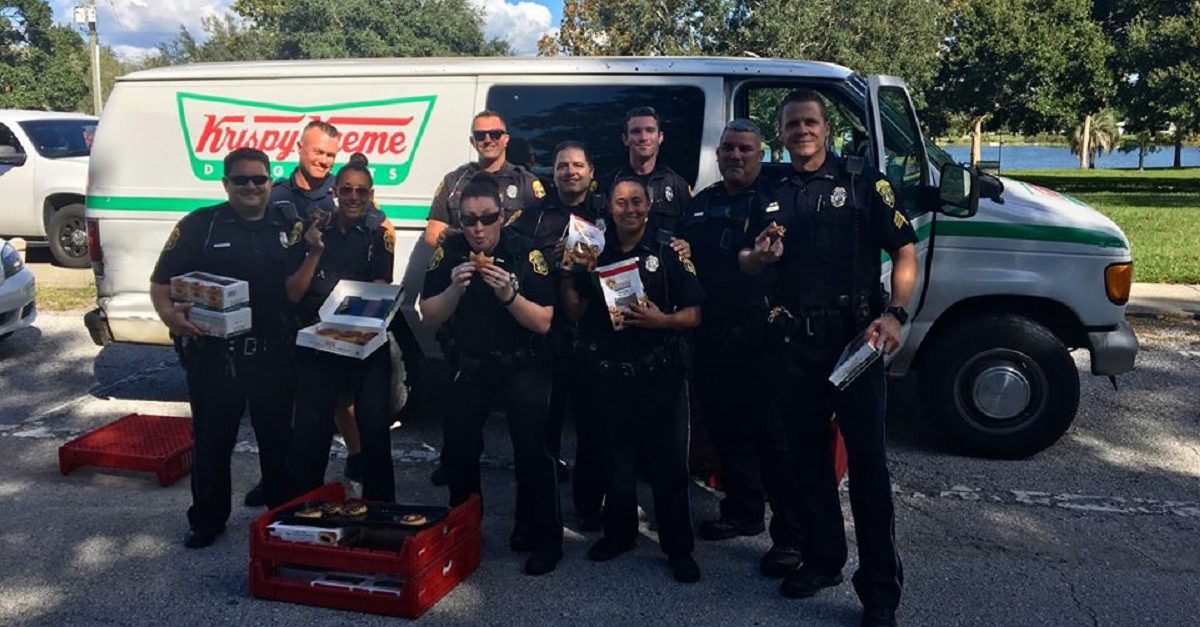 Police in Clearwater, Florida got a sweet deal when they successfully tracked down and recovered a stolen van that was transporting Krispy Kreme donuts on Tuesday. In a Facebook post, the Clearwater Police Department announced that officers found the delivery vehicle, and were rewarded with the goods inside. It’s unknown whether the police caught or identified the suspected snack thief.

“There were dozens of delicious donuts on board the stolen van that the store manager gave to the police officers,” the department said on social media.

The post stated that the Krispy Kreme van had been stolen from a location in Lake City, Florida and found at the Crest Lake Park in Clearwater, which is about a three hour drive from Lake City. The place where the vehicle was believed to have been stolen was not a Krispy Kreme establishment, which led to confusion from excited locals who read an earlier draft of the Facebook post.

“Okay, somebody it holding out on me. WHERE is the Krispy Kreme in Lake City!??! I thought the closest location was in Gainesville,” one commenter said. The department replied that they edited their post to avoid further confusion.

Lest one think that the officers fully lived up to the stereotype of cops and donuts, the department announced that they didn’t keep all of the donuts for themselves. They donated most of the bounty to the homeless, as the police station is adjacent to a spot where food is distributed every day to those in need.

Of course, the cops did keep some of the sweet treats, because officers are people too. The department admitted that they kept “a few donuts to enjoy later.” They posted the above photo of the officers in front of the van, enjoying the delicious desserts.