Trump Is Sure To Claim Privilege On the Cohen Tape, And It’s Probably Not Going to Go So Well 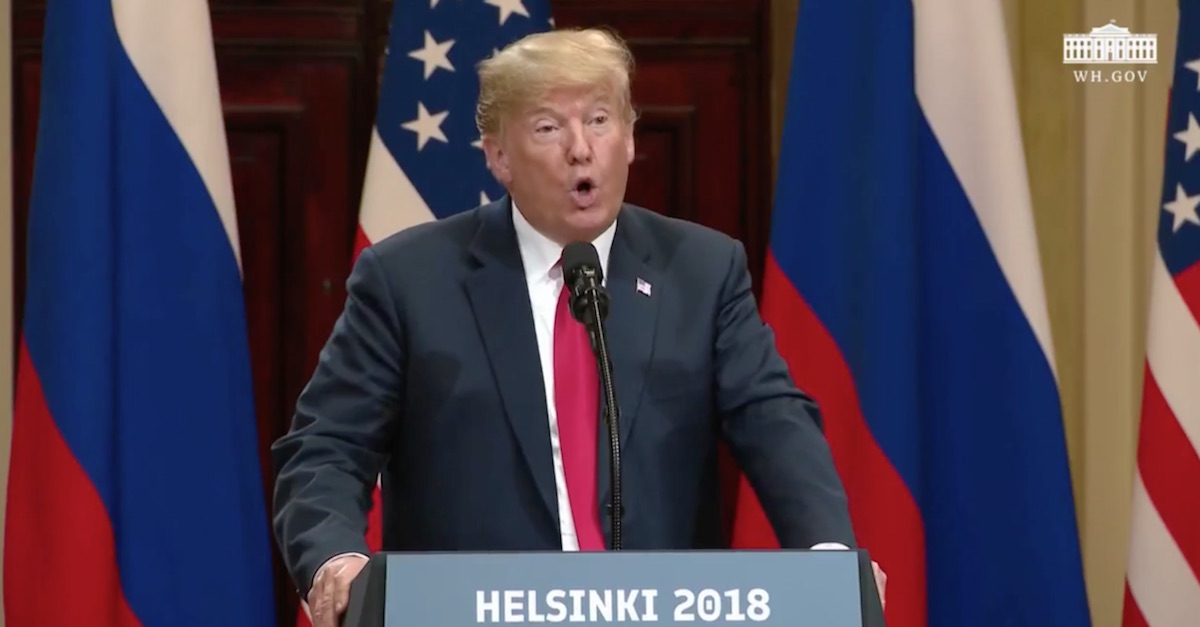 Another day, another breaking story about our president paying hush money to a former lover. This time, though, the drama isn’t so much about Trump’s sex-capades, as it is about the battle about to get underway between Trump and his former attorney, Michael D. Cohen.

Today, the New York Times reported that Cohen secretly recorded a conversation with Trump two months before the election in which the men discussed hush money paid to Karen McDougal. McDougal, you may remember, is the former Playboy model who recently gave up some icky details about her sexual relationship with Trump to Anderson Cooper.

Prior to the election, American Media, Inc. (“AMI”) – the publisher of the National Enquirer—paid $150,000 to McDougal for the exclusive rights to her story. Not-so-coincidentally, AMI’s chairman David Pecker is a close buddy of Trump’s. Last April, the FBI executed a search warrant at Michael Cohen’s Manhattan office, and one of the things they found was the tape discussed in today’s Times.

Undoubtedly, the Trump team will raise the issue of attorney-client privilege, asserting that any recordings of conversations between himself and Cohen have no place in a courtroom. Cohen’s change in Twitter bios aside, such an argument might have been fairly convincing if not for complex web of potential Trump wrongdoing.

Until recently, and certainly during the time this tape was reportedly made, Cohen was obviously Trump’s lawyer, and it would have been easy for Trump to prove that the encounter occurred when Cohen was acting in a legal capacity. If the Times article is accurate and the two were discussing cash-for-silence deals, that’s certainly legal in nature, even if it is supremely distasteful. But there’s big speed bump in Trump’s assertion of attorney-client privilege—known as the “crime-fraud exception.”

When communications between attorneys and their clients further a crime, tort, or fraud, privilege is a no-go. What does that mean for Cohen-Trump conversations about Karen McDougal? That depends.

In this case, the outcome of the privilege argument will depend significantly on the content (as opposed to the circumstances, as is more often the case) of the recorded conversation. Arguments over attorney-client privilege require an in-camera (privately, before the judge) review of the evidence in question – which is what will happen in any case seeking to introduce the tape as evidence. When that review is completed, a judge may well be able to determine with clarity whether the conversation related to ongoing criminal matters, such as intentional campaign finance violations.

First and foremost, it depends on the specific content of the conversation. Buying McDougal’s silence – either directly or through AMI as a middleman – isn’t necessarily illegal. On its own, that transaction would likely not be the sole basis for asserting that the recording captured a conversation that was “furthering a crime.” However, there’s much more to the big picture here.

Trump may have committed campaign finance violations for failing to properly disclose payouts (most notably, to Stormy Daniels). If prosecutors can show that there is a basis for believing Michael Cohen knew or had reason to believe Trump was illegally hiding those payouts on campaign finance documents, that would be a compelling basis for piercing attorney-client privilege.

There is also the broader possibility that the conversation related to some ongoing tort; no such tort has yet been alleged, but it’s not impossible to imagine that Karen McDougal might have something to say about fraud. McDougal has already publicized her story – that she unwittingly sold the rights to her story to AMI only to be a victim of a “catch-and-kill” plan. While McDougal has thus far focused her legal efforts on litigating the contractual limitations of that agreement with AMI, her story could easily be spun as an ongoing tort — such as fraud or misrepresentation. If she, or someone on her behalf, were to make such an argument, it might serve to shatter attorney-client privilege.

Then there’s the timing issue. Curiously, the recording, confirmed by Rudolph W. Giuliani, Mr. Trump’s personal lawyer, to have discussed payments with Mr. Cohen, occurred a month after Karen McDougal received her $150,000 payment. According to Giuliani, the recording was less than two minutes, and discussed a payment that was ultimately never made.  The discrepancy alone doesn’t definitively prove wrongdoing, but it sure makes things look shadier.

The taped conversation took place two months before the election, a month after woman claiming affair w Trump was paid by AMI https://t.co/rUi0eh6wem

According to Rudy Giuliani (who for once, seemed to get the art of spin downpat),  “In the big scheme of things, [the tape is] powerful exculpatory evidence.” One might wonder whether, if that were actually the case, why Trump would even raise privilege as a rationale for keeping the recording secret.