Trial Against Harvard Starts, And It Could Mean Gorsuch and Kavanaugh End Affirmative Action 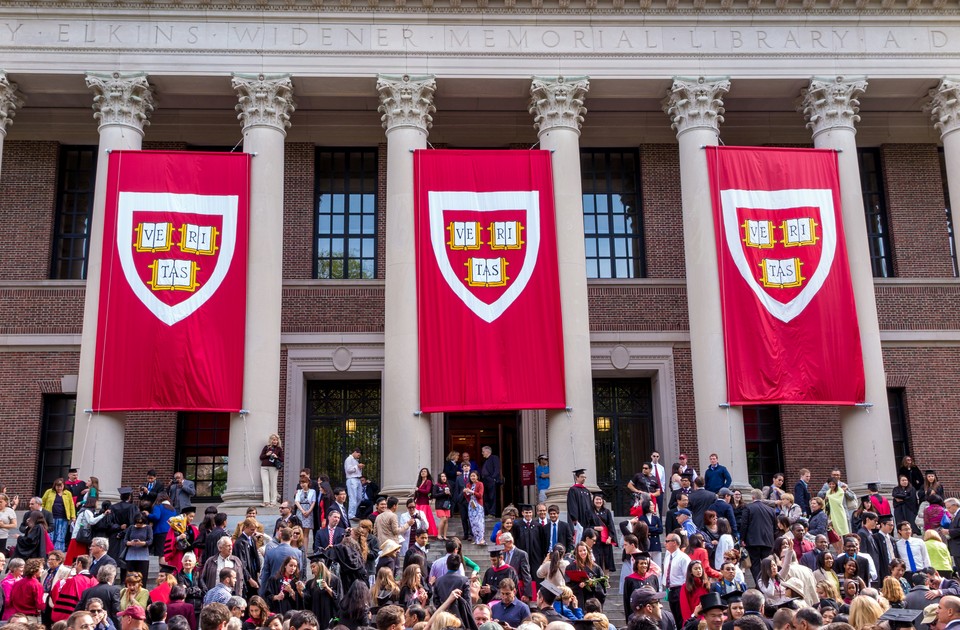 Trial starts Monday in the case filed by a group led by conservative activist Edward Blum on behalf of Asian-American students who were denied admission to Harvard. The plaintiffs argue that the university conducts illegal “racial balancing,” which helps black and Latino students at the expense of Asian Americans. Harvard denies using such a system, and contends that it considers race as simply one of many factors that affects a prospective student’s admission rating.  Obama-appointee US District Court Judge Allison Burroughs will preside over the trial, which will likely be appealed up to SCOTUS, and could have wide-reaching implications for the future of affirmative action.

First, a little history lesson on SCOTUS and affirmative action.

Actually, let’s back up even farther – all the way to the 14th Amendment. Since equality became a thing, far before Kanye got involved, the rule has been that any government action to treat people differently on the basis of race is unconstitutional unless it can survive “strict scrutiny.” The strict scrutiny standard is the harshest of all legal standards, and it requires the law in question to have been narrowly tailored to achieve a compelling government interest. Because hardly anything can withstand that standard, laws or policies that disadvantage racial minorities are big no-nos.

However, laws or policies that advantage racial minorities –a/k/a “affirmative action,” present a complicated problem. Because these policies still treat people differently on the basis of race, they are still subject to strict scrutiny – even though the underlying motivation is wholly different from oppressive government actions like Jim Crow laws.

Opposition to affirmative action has always come in many forms. There are those who believe that affirmative action is counterproductive in that it reinforces the ills of racism, while others argue that efforts to boost diversity unfairly disadvantage whites. Those arguments (and others), are still in play today as they were in 1978, when SCOTUS handed down a mess of a decision in what became a landmark case on affirmative action.

Regents of the University of California v. Bakke (1978)

UC Davis Med School accepted 100 students every year, and sixteen of those slots were specifically designated for racial minorities. Allan Bakke was a U.S. Marine Corps officer and a NASA engineer; he had high grades and test scores, but was also thirty-five years old. Oh, and he was white. He got rejected from UC Davis (the school attributing its decision to Bakke’s age), and later found that some of those sixteen set-aside slots had gone to minority students who appeared to be less qualified.

To say SCOTUS was “divided” on the Bakke case puts it mildly. Justice Powell delivered the plurality opinion of the court, which said that race could be used as a factor for determining admission, but that specific quotas or set-asides were illegal. The nine justices, though, issued six separate opinions. The only person who emerged with a totally clear picture on the case’s meaning was Allan Bakke himself, who promptly enrolled in med school and became an anesthesiologist.

Since the late 70s, some version of “remedying effects of discrimination” or “creating diversity” has been generally accepted as constituting a sufficiently compelling interest. Drama tends to erupt at the “narrowly tailored” portion of the analysis, as SCOTUS justices– as well as many Americans– disagree about which programs are properly designed to achieve racial equality and which go too far. Over the years, the Bakke case has been repeatedly fortified by SCOTUS — but always in 5-4 decisions with either Justice Kennedy or Justice O’Connor as tiebreaker.

That brings us to 2018, when the question is the same, but the backdrop – as well as the Court– is markedly different.

The Trump Administration has positioned itself squarely behind the plaintiffs in the case against Harvard, not only urging the court to rule against the university, but also conducting a separate DOJ investigation into the school’s admissions practices. Speaking of the Trump administration, its favorite judicial son, Brett Kavanaugh is almost certain to rule on the case against Harvard when it makes its way before SCOTUS. That’ll be interesting for a number of reasons – most notably because of the Kennedy-Kavanaugh connection.

Kavanaugh replaced Anthony Kennedy, the justice for whom Kavanaugh had clerked. Kennedy wrote the majority opinion in a 2013 affirmative action case, siding with the University of Texas and against Abigail Fisher. Fisher, a white woman, had argued unsuccessfully that her 14th Amendment rights were violated when she was rejected, but “lesser-qualified” minority students were admitted. Fisher’s case was orchestrated by none other than Edward Blum, the leader of the charge against Harvard. The case might have had a different outcome had Justice Antonin Scalia – a staunch opponent of affirmative action in admissions– not died unexpectedly.

Students For Fair Admissions v. President and Fellows of Harvard College has potential to have ripple effects that reach far beyond the Ivy League. When it reaches the highest bench, there will be opportunity for the Court not only to overrule (or perhaps modify) Bakke, but also to contribute to the discussion of race and diversity in 2018. All eyes will be on Justices Gorsuch and Kavanaugh, as we see how their positions line up with those of their predecessors — as well as those of their benefactor administration.