Attorney General Jeff Sessions gave a master class in double speak on Wednesday, when he appeared before the Senate Judiciary Committee for a Justice Department Oversight Hearing. Sessions brought up a letter he received from Democrats asking him to address whether President Donald Trump was invoking executive privilege to block testimony regarding conversations between Sessions and Trump. What followed was a dizzying argument for why Sessions wouldn’t talk, that was as impressive as it was maddening.

I can neither assert executive privilege nor can I disclose today the content of my confidential conversations with the president,” he said. “Under the administration of both parties, it is well established that a president is entitled to have private, confidential communications with his cabinet officials … and that such communications are within the core of executive privilege. Until such time as the president makes a decision with respect to this privilege, I cannot waive that privilege myself or otherwise compromise his ability to assert it.

I think the reaction of Senator Dianne Feinstein sums up my reaction to this. 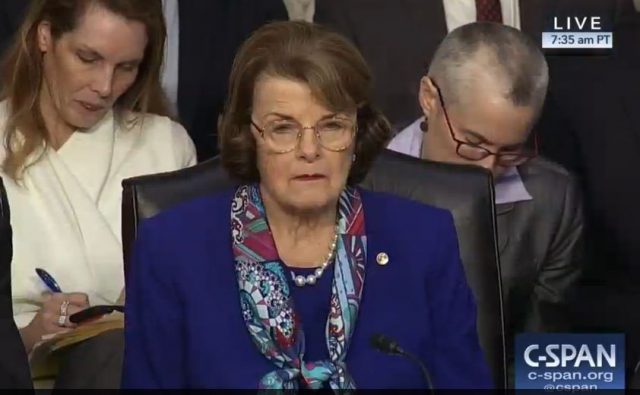 Also, did you pick up on how Sessions never even answered the question? The letter he mentioned asked him to say whether Trump was using executive privilege, and he never gave an answer! He talked about what he is or isn’t allowed to do until the president makes a decision, but he didn’t say whether a decision was made or what it was.

See, Sessions was half right. It’s true that as Attorney General, he cannot assert executive privilege, because that’s up to the president. Still, that doesn’t mean that the privilege is in effect as a default until POTUS claims otherwise.

If you’re getting deja vu, you’re not alone. This very subject came up when Sessions appeared before the Senate Intelligence Committee in June. Back then, the AG also refused to answer questions about his conversations with President Trump. Also back then, George Washington University Law Professor Jonathan Turley explained how executive privilege works, and it’s not how Sessions described it today. As Turley said in June, the president has to invoke executive privilege prior to its use. If he doesn’t do so, someone in Sessions’ position would have to answer questions.

Despite how things should go, of course, Sessions still managed to avoid saying anything. At least for now.