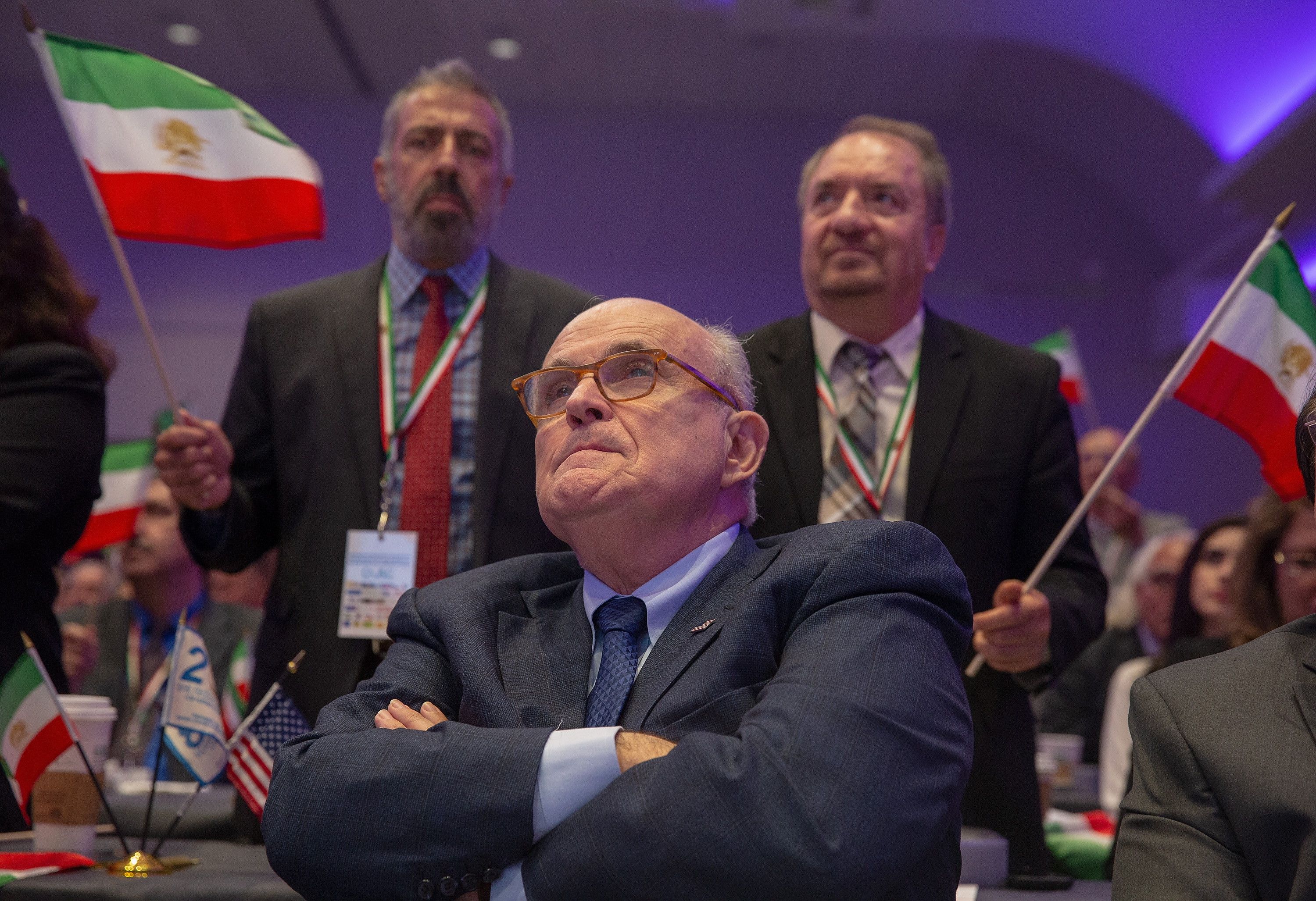 Rudy Giuliani is busy plugging away at a scream-induced cure for adult-onset vampirism. During his downtime, however, America’s Mayor is still nominally working on behalf of President Donald Trump. And it’s still not going so well.

Recent comments to the Washington Post suggest that Trump’s legal defense team have fully committed themselves to the idea of emulating former president–and fellow accused rapist–Bill Clinton. While kvetching about repeatedly failed attempts to set limitations on an interview between Trump and special counsel Robert Mueller, Giuliani actually allowed the following assemblage of words to exit his mouth:

They may have a different version of the truth than we do…truth is relative.

We’ve been through this all before.

During the height of the Monica Lewinsky scandal, Deputy Independent Counsel Solomon “Sol” Wisenberg asked Clinton about a false statement made by his attorney Robert S. Bennett to Judge Susan Webber Wright. Clinton verified the statement was made. Then Wisenberg said:

To which Clinton replied, “It depends upon what the meaning of the word ‘is’ is.”

An anticipated semantic debate followed, but the damage to Clinton’s reputation for truthfulness (never quite stable) never quite recovered. It was a lawyer’s slime-ridden answer for the ages. Perhaps capable of containing some technical truth under the weight of tortured interpretations and syntactical caveats, but at its core the statement was purely comprised of shit from a high-priced bull.

Giuliani’s latest pitch doesn’t fare much better for his client. Speaking about truth in a legal proceeding is quite a ways away from the general idea of relativism in either a philosophical or anthropological sense. Take, for example, cultural relativism. This is the non-controversial idea that different cultures should be described on their own terms, taking account for differences in language, culture, reasoning, thought and so on.

Because of cultural relativism’s unanimous acceptance in the field of anthropology, over the years, traditionally “true” statements about humanity have been accurately reduced to value judgments informed by external circumstances and phenomena. Where most cultural relativists dare to tread, for various reasons, is truth relativism.

As an American poet once mused:

If you hate the taste of wine
Why do you drink it ’til you’re blind?
And if you swear that there’s no truth and who cares
How come you say it like you’re right?

Of course, Giuliani isn’t a big wine drinker–he clearly prefers non-Newtonian fluids. As for his attacks on the basic concept of truth, Giuliani’s not actually talking about any commonly-accepted academic theories (or even fringe ones) or attempting to broaden our collective epistemic understanding of Humanity, God and Law.

We could only hope for such a T.V. show. (And we’d be blessed to have such a civic spectacle produced by Eric Wareheim and/or Tim Heidecker.) Rather, the performance artist formerly known as Hizzoner is simply making things up just in case his client, the president of the United States, commits perjury. It’s an attempt to work the refs that’s highly likely to fail.

As for when Trump might finally have the time and inclination to sit down with Mueller? Giuliani says the interview will probably occur within “the next couple weeks.”

This timeline should ring familiar to those apprised of Giuliani’s truth-deficient cant as of late. A “couple weeks” is the same amount of time Nosferatu’s heir previously gave CNN’s Dana Bash when pressed as to how long Giuliani would take to wrap up the entirety of Mueller’s Russiagate investigation.

Giuliani’s first “couple weeks” has now gone well into the second month. But maybe Giuliani’s just using some form of revolutionary calendar only available to the MAGA set after a certain number of brain worms have been achieved. In that sense, to someone like Giuliani, the truth is fairly relative after all.