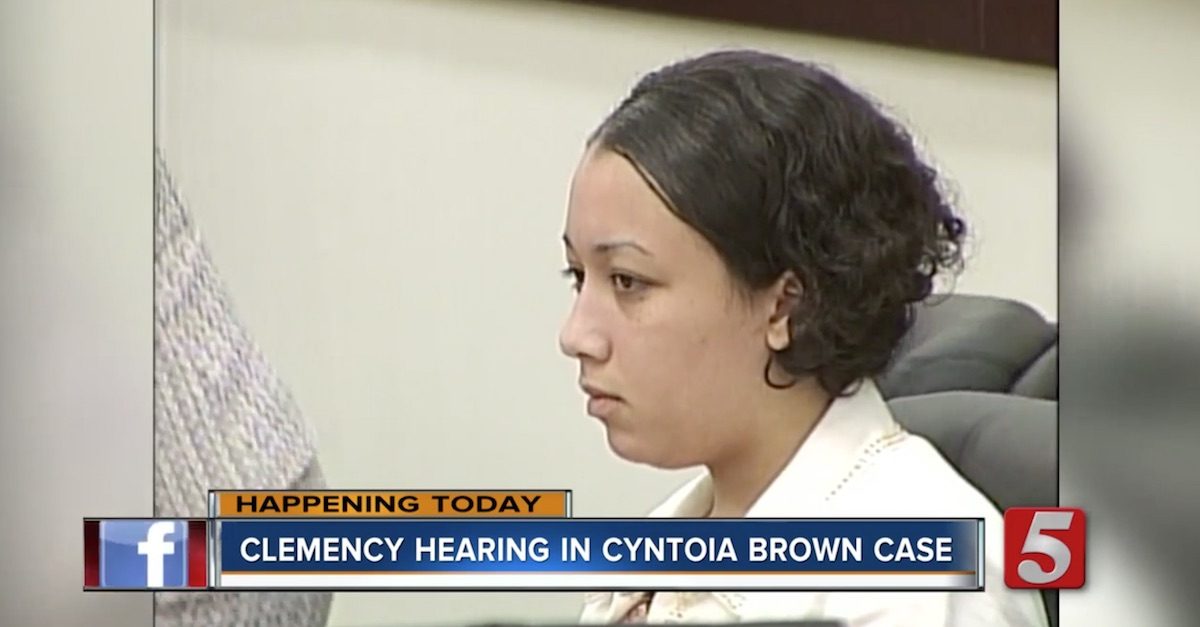 A panel of six in Nashville, Tennessee still isn’t sure if Cyntoia Brown should be paroled after killing a man she said forced her to be a prostitute. Brown, who was 16 at the time, has been behind bars since 2004 after she was charged, convicted and sentenced as an adult for the murder of Johnny Allen.

Brown is serving a life sentence. She is now 30 years old.

According to the Tennessean, two members of the six-person parole board are considering the reduction of Brown’s sentence to 25 years, two others want the governor to grant clemency and the remaining members want no clemency.

If the first were to happen, Brown could be out prison in 11 years.

She said Wednesday that she is sorry for the crime she committed.

“There are people here today and they are hurting 14 years later and I did that and I can’t fix that. I can’t fix that,” Brown said. “I am a changed person because I had no choice but to be,” she said. “If I were to get out today it would still be the same. There would still be something I’ve done that I can’t undo.”

The final decision on what to do about Brown’s sentence is up to Gov. Bill Haslam (R).

Friends of the man she shot in the head still say there wasn’t any proof the he paid her for sex. Brown shot Allen, robbed him and fled.

Anna Whaley said Allen “did not pay her for sex and there is no proof Johnny picked her up for sex. All we know is that Johnny offered her food […] We know for sure that she shot him.” She also said the death of Allen’s father two weeks later is more blood on her hands.

His father died of a heart attack.

Brown’s lawyers, on the other hand, argued she was a victim and was defending herself.

If you dig back into the Law&Crime archives, you find that celebrities spoke out in support of Brown and that Kim Kardashian even got a lawyer for her. There’s also been a documentary made about Brown called “Me Facing Life: Cyntoia’s Story.”