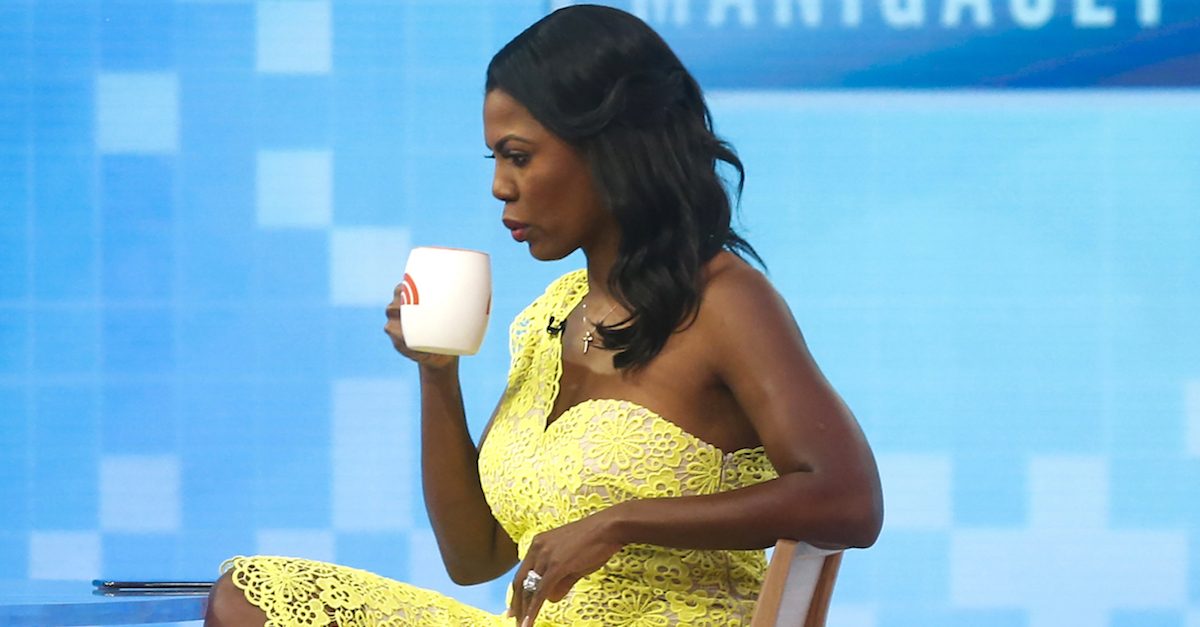 Sigh. We’ve been through this before, and apparently, the Donald Trump White House still hasn’t learned the basics of legal limitations of government. Today, he tweeted about how “Wacky Omarosa” signed an NDA, an unsigned copy of which the Washington Post has published here:

Omarosa isn’t wasting one hot minute in the spotlight; she’s hitting the press trail yapping about how Trump’s people are threatening her with lawsuits over her violations of this NDA.

That all seems weird, because 1) it wouldn’t be legal for a White House staffer to sign an NDA and 2) even if Omarosa did sign an NDA, it probably wouldn’t protect Trump from anything she said about him in her new book. At least there’s one constant: the president is so obsessively thin-skinned that he has abandoned even the appearance of being a public servant who reports to the American people.

I wonder if Omarosa’s finalized NDA had that same $10 million penalty contained in the contracts reported to have been forced upon other White House aides. When the issue of staffer NDAs first arose last March, the ACLU was quick to call out the illegality of such a practice:

Public employees can’t be gagged by private agreements. These so-called NDAs are unconstitutional and unenforceable. https://t.co/IyYqScsESu

He thinks the White House is the Trump Organization, that the staffers are Stormy Daniels.
These NDAs aren’t worth the paper they are printed on.

Trump may think Omarosa is another Stormy Daniels – but there’s a big difference. Omarosa was a federal employee. There is literally so much wrong with the idea of an Omarosa NDA that it’s hard to know where to begin. Let’s start with the First Amendment, since that’s a biggie. As my colleague Ronn Blitzer discussed the last time we were talking Trump and his attempted NDAs, the First Amendment prohibits the government from imposing prior restraints on speech. An NDA would be exactly a “prior restraint on speech,” and Omarosa, as a public employee, would be protected by the Constitution.

There are also major problems arising under basic contract law. In the draft copy publicized, it appears that the non-disparagement clause would prohibit Omarosa from complaining about Trump in perpetuity. That’s lawyer talk for “unenforceable.”

While we’re at it, any such NDA would very likely be deemed void as violating public policy. Courts will not enforce contracts when the subject of those contracts offends public policy — and a White House staffer being strong-armed into staying silent seems about as offensive as it gets. And that’s not even taking unconscionability – the legal doctrine that refuses to honor contracts when the parties have widely disparate bargaining power – into account.

Sure, it’s true that the Omarosa-Trump NDA appears to have been made with the Trump campaign – and not the White House itself, which is certainly different. But at the end of the day, what we have is a president attempting to use a legal contract to silence a former federal employee about her experience working in the White House.

I’m guessing that no court in this country is going enforce such a blatantly illegal and unfair “agreement.”