Guess Who Also Thinks Powerful Men Accused of Misconduct Should Get ‘Due Process’? | Law & Crime
Opinion

Guess Who Also Thinks Powerful Men Accused of Misconduct Should Get ‘Due Process’? 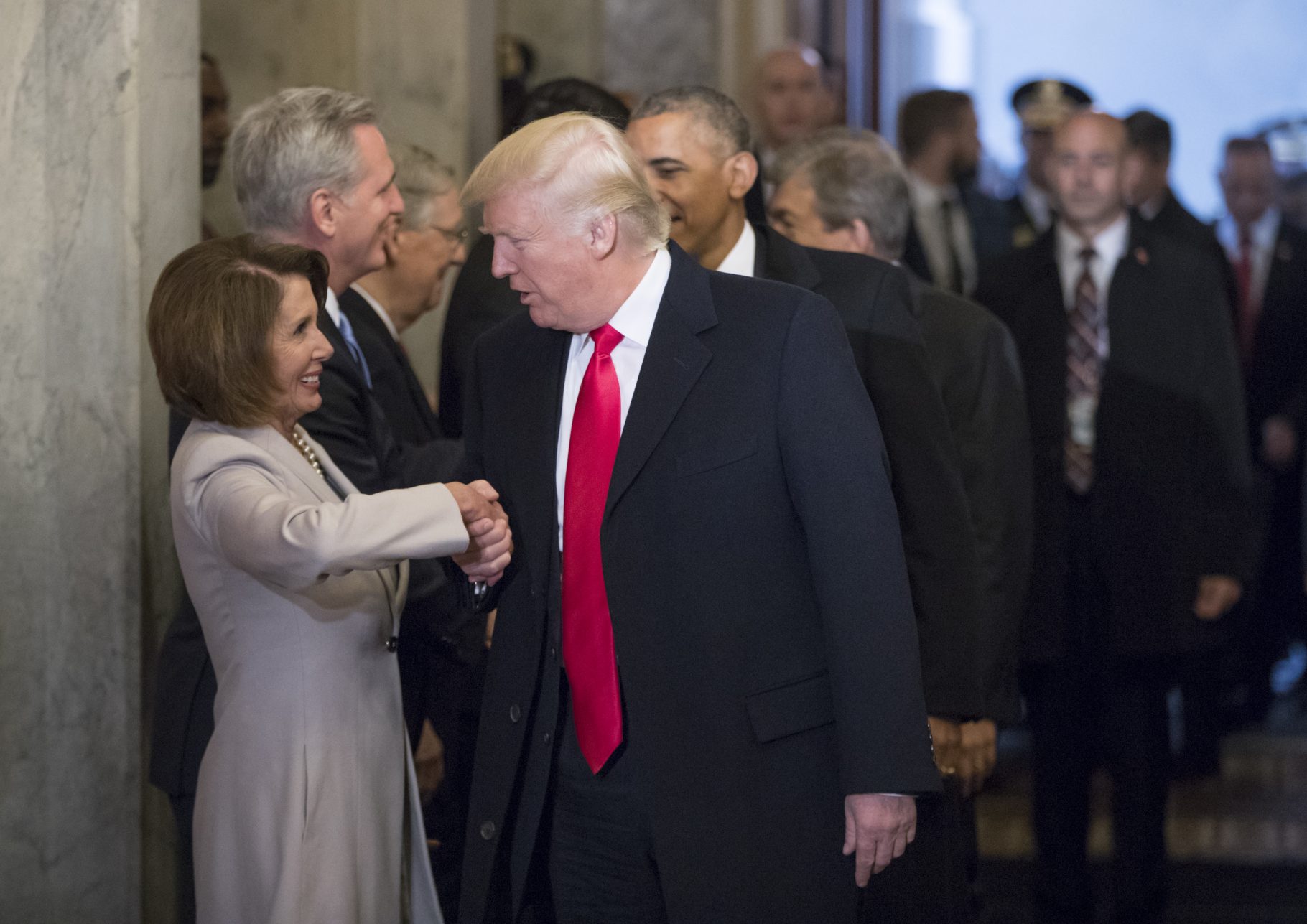 President Donald Trump upset critics over the weekend by tweeting out a defense of now-former White House aide Rob Porter which bemoaned the apparent death of “Due Process.”

Of course, Trump doesn’t know what that means.

Trump’s defense of Porter mangled both law and words–but as a corollary to the popular idea that every stupid-and-bad Trump idea or action has a corresponding Tweet authored by Trump himself, Trump’s ineptness on the Porter-Due Process issue has an immediate precedent care of the Democratic Party. And this precedent comes directly from Nancy Pelosi.

But first a bit of background.

Recall: Porter was recently disgraced and then forced to resign following reports of domestic abuse allegations made by two of his ex-wives. The Trump White House appeared blindsided by the Porter controversy–but probably actually lied about the entire Porter fiasco. Never one to let a good controversy go to waste, the president himself made sure to clarify his own position. At 10:33 a.m. on Saturday, February 10, Trump wrote:

Peoples lives are being shattered and destroyed by a mere allegation. Some are true and some are false. Some are old and some are new. There is no recovery for someone falsely accused – life and career are gone. Is there no such thing any longer as Due Process?

Democrats and liberal pundits seized upon Trump’s tweeted comments in an attempt to make some political hay.

MSNBC host Lawrence O’Donnell took Trump to task for his 2016 campaign’s “lock her up” chants. Transphobic MSNBC #Resistance figure Joy-Ann Reid echoed that sentiment while also pointing out Trump’s lack of due process concerns for NFL athlete-activists and the Central Park Five. Senator Kirsten Gillibrand (D-NY) took the opportunity to needle Trump on the myriad sexual misconduct allegations against him–suggesting Congress hold official hearings on those allegations in order to show the president what due process actually looks like.

Writing in Time, attorney Areva Martin noted that “due process” concerns are essentially meaningless outside a court of law. Martin writes, of Porter:

Sadly, he was never criminally prosecuted and tried for domestic violence in any jurisdiction. Had he been, he would have been afforded his due process rights to put forth a defense and to question his accusers in a courtroom while they were under oath. These rights are not afforded to anyone seeking to obtain or retain a job as a senior aide to the president.

Martin’s take is perhaps one of half-a-dozen actually on point here.

Due process is a legal term of art. In the United States the term “due process” has two meanings–in accord with our understanding of the U.S. Constitution. There are: (1) procedural due process rights; and (2) substantive due process rights. Suffice to say, for our purposes here, neither of those meanings are implicated when political figures are disgraced by their own actions and then prosecuted in the court of public opinion. Not even a little bit.

But the reflexive desire to opine upon the appropriate time and place for due process isn’t strictly a GOP phenomenon. Rather, it is an endemic feature of American political tribalism.

Let’s go way back to November 2017–longtime Democratic Representative John Conyers had just been outed as one of many congressman who uses public funds to settle a sexual harassment claim against him.

According to Conyers’ former female staffer, she was fired (legally: retaliated against) after turning down Conyers’ sexual advances. Conyers denied the underlying claims but certainly did settle with the staffer–there was no doubt about that. Talk quickly turned to whether Democrats should force Conyers’ resignation.

Remarkably, Democrats did the right thing. They were buoyed by the paradigm shift whereby powerful men in this country are no longer able to abuse, harass, rape, and otherwise take advantage of women free of consequence. Conyers was forcefully tongue-lashed by the Democratic Party writ large. Television liberals made a huge show of Conyers’ hypocrisy and America’s stand-for-nothing centrist party finally stood tall and strong in defense of women’s rights and against predators of all sorts. The glorious moment even prompted Democrats to finally cast aside accused rapist Bill Clinton. Conyers dejectedly turned in his congressional lanyard; his colleagues hung their heads in shame.

And, actually, the last paragraph is complete fiction. Here’s what really happened:

Nancy Pelosi went on Meet the Press and mouthed some meaningless platitudes about Conyers’ past while also trotting out her own nonsensical understanding of “due process” divorced from law. She said:

We are strengthened by due process. Just because someone is accused – and was it one accusation? Is it two? I think there has to be–John Conyers is an icon in our country. He has done a great deal to protect women…He’s entitled to due process.

Well, there you have it. Nancy Pelosi and the Democrats are forever the proto-Trumps we’ve never been waiting for.