Did Anti-Israel Bias in Newsweek Article Lead to Misleading Headline and Article? 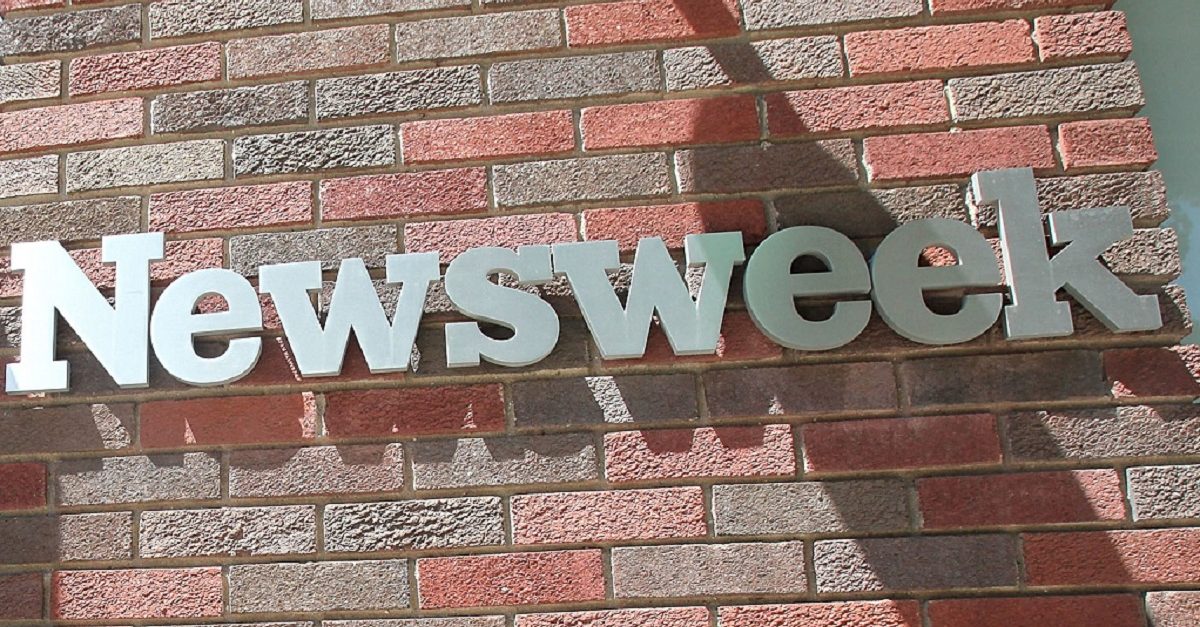 As someone who regularly monitors the news as part of my job, it’s not uncommon for me to see anti-Israel bias in reporting. Usually, such slanted accounts come in discussions of violence between Israel and Palestinians, and the history and claims surrounding it. I never thought I’d see such bias on the topic of young-adult tourism, but here we are.

A recent Newsweek article bore the sensationalist headline, “Death of Birthright: Why Young Jews Are Rebelling on Israeli Heritage Trips.” It’s all about Birthright Israel (also known as Taglit), which provides free 10-day trips to Israel for Jewish college students and young adults. Seeing that scary headline would naturally give one the impression that 1) Birthright Israel is failing and at risk of collapse, and 2) that this is because young Jews are upset by events that occur on these trips. A look at the facts, and even a close read of the article itself, shows that neither of these things are true. [Soon after Law&Crime made inquiries to one of their bureau chiefs, Newsweek changed the first part of the headline without an editor’s note (an archive of the original can be viewed here) although the URL contains the same language as the original. The bureau chief did not respond to Law&Crime’s questions about the article.]

First of all, Birthright Israel had a record number of applicants this year with 50,000 people looking to go on trips, and they expect a similar number in the coming year, according to a source familiar with Birthright. Based on that, not only is participation in Birthright not in decline, it’s doing better than ever.

Second, the purported reason for why “young Jews are rebelling” is due to a lack of the Palestinian side of the Israeli-Palestinian conflict on trips, which–you’re supposed to believe–is causing participants to become so frustrated in the middle of their all-expenses paid trips that they decide to ditch their groups, knowing that doing so means they have to find their own way home at their own expense (for security reasons, participants aren’t allowed to leave their groups, and violators are at risk of losing their subsidy).

In reality, the article refers to just two recent incidents where a handful of people engaged in staged walk-offs that were organized by a left-wing political organization. The article mentions how those who left then went to Palestinian villages in the West Bank with “anti-Birthright activist groups.”

This sounds a lot less like people upset with how their trips are going and more like people with a pre-existing political agenda–an agenda appeared to be shared by Newsweek‘s writer-—who intended to leave before they even got there, making arrangements for what they would do once they strayed from the trip.

Now that the specific claims made by the article are taken care of, let’s take a look at the premise that they’re based on: that Birthright Israel is somehow doing a disservice to its participants by not giving a particular political viewpoint regarding the conflicts Israel has with its neighbors. This is ridiculous, because Birthright Israel has nothing to do with politics.

The reason why Birthright trips exist is to give young people–often those who don’t have strong ties to their Jewish heritage–an opportunity to explore the land of their ancestors, and maybe meet a nice Jewish boy or girl in the process. It also gives the opportunity for those who only read about Israel in the news to see that the country is much more than its political issues. Do the trips visit the Palestinian territories? No, but that’s primarily due to security issues. Participants are given the option to extend their trips after the organized 10-day itinerary is complete, and explore on their own afterwards.

Birthright said as much in their statement to Newsweek, which was buried at the end of their article, after quotes from several critics. A spokesperson said that the trips are “designed to introduce participants to their heritage, Jewish values and traditions, and contemporary Israel,” and that they “are an apolitical organization that does not tolerate those with a political agenda and an intent to disrupt the experience of other participants.”

As for Newsweek‘s article itself, a Birthright spokesperson declined to comment on “erroneous reporting.” The organization did not say anything about taking legal action, though they likely wouldn’t have many options, especially with the new headline which is more subjective.

Still, even though the remaining individual statements may contain truth on their own, they’re positioned in a way that creates a highly misleading impression to those who don’t have outside information. Whether Newsweek and/or the reporter operated based on their own agenda, or were simply duped into promoting the agenda of the article’s subject, it’s a shameful example of why many often suspect media bias.