Chuck Woolery Asks What Founders Would’ve Thought Of Mueller, and Twitter Does Not Disappoint. 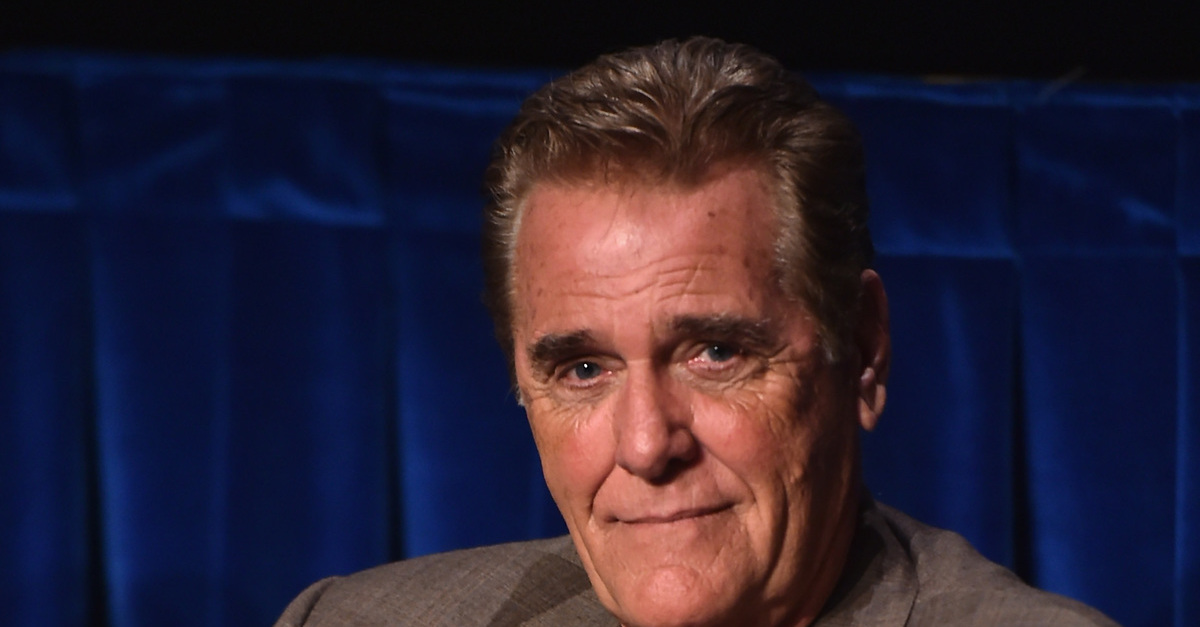 Former game-show host and catheter-promoter  Chuck Woolery is at it again. This time, he’s asking questions with a historical edge.

If the framers, the founders of our country and our constitution are looking down on what Mueller did, what are they saying to each other?

As has become the usual case, Woolery’s tweets were met in equal parts scorn and ridicule.

They’re saying Chuck needs to stop hitting himself in the head with a frying pan and he should read the entire Mueller report instead of tweeting nonsense.

They’re saying “Dear God how have they not impeached Trump already??”

The framers would compliment Mueller and then say, “Who the fuck is Chuck Woolery?”

That he acted honorably.

Great, another former federal prosecutor that doesn’t believe in innocent util proven guilty. How many like you are still in our system? You have no idea how ridiculous you sound. That is scary to me.

Mariotti, a graduate of Yale Law School and former appellate court clerk, has been outspoken about the integrity and professionalism of the Mueller investigation.

Your claim was that Mueller “knew” Trump did not “collude with Russia” but hid that until after the election.

Mueller is not a prophet. He is a criminal investigator. His job was to search for evidence and he did so before and after the election. Nothing you said changes that.

USC Gould School of Law Professor  and cybercrime expert Orin Kerr took Woolery’s inquiry one step farther, patiently educating the former Wheel of Fortune and Love Connection host about that which the framers had actually been concerned. Kerr penned a series of educational tweets explaining that the electoral college had been a framers’ defense against foreign election interference.

The author of Federalist 68, Alexander Hamilton, would probably say, “Well, we *thought* we gave that the most provident and judicious attention. Coulda tried harder, I guess.” https://t.co/xpi28WMmcT

By way of explanation, in Federalist 68, Hamilton writes about how the framers, in drafting the Constitution, were extremely concerned that foreign governments would be able to influence who was elected President to help install an ally as the head of the executive branch.

The idea of the “electors” who would vote on the Presidency was that it would be exceedingly hard for a foreign government to influence who the electors would decide (independently, it was assumed) to name President. From Federalist 68: pic.twitter.com/XfcqENLCZz

The framers thought men of education & discernment would be named electors, and they would exercise their judgment about who would be the best president. Basically, elites would decide who would be President, which would be good in part b/c foreign govts couldn’t influence that. pic.twitter.com/OA6WCjVKMz

So I suspect the framers would be astonished that the “electoral college” that they created today mostly just goes with the popular vote in each state, exercising no judgment of their own. Among other things, potentially allowing the kind of foreign influence they tried to avoid.

Looks like that go-to conservative move — invoke the founding fathers and assume it’ll support your position — didn’t work out so well for Woolery this time.

Oh well. Strictly speaking though,  this twitter user’s response to Chuck’s question was probably more accurate than any legal expert might have predicted:

I think they would still be trying to process that “Love Connection” was a thing that existed.